How do we know that birds are real? 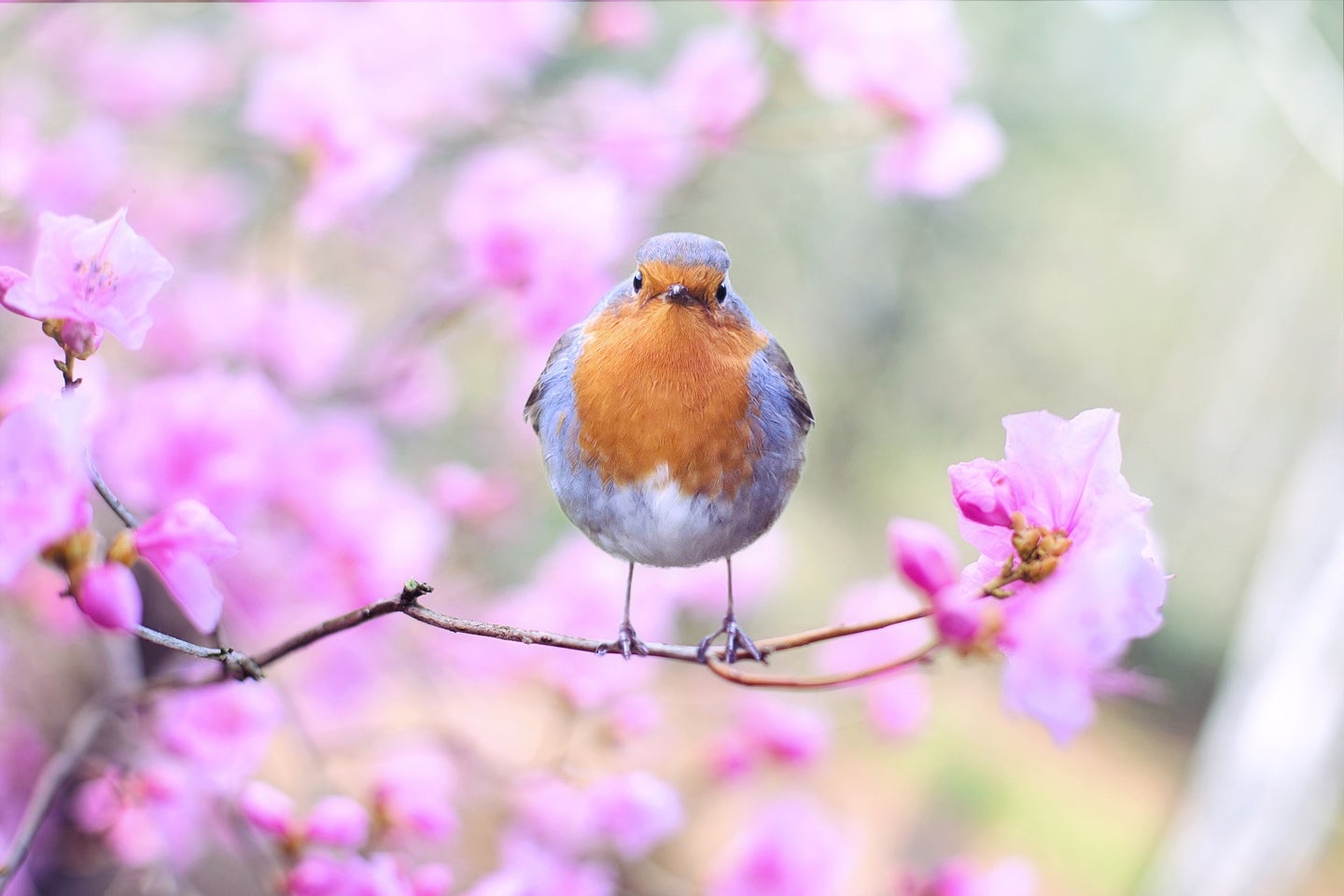 This fact might be blatantly obvious to listeners of a famous science podcast, but it’s important to clear the air with all the misinformation flying around the internet. In 2017, a student from Tennessee launched a national campaign called Birds Aren’t Real. He claimed that the CIA replaced every feathered creature, starting with rock pigeons, with drones during the Cold War. Apparently, these well-disguised machines are still used to surveil Americans today.

In recent interviews, the founder of Birds Aren’t Real says his movement calls attention to the harms and pervasiveness of real conspiracy theories, like QAnon. But whether it’s counterprogramming, clever marketing, or a big, fat joke, it’s raised the hackles of people who love and study birds. Avian evolution dates back hundreds of millions of years to a prominent group of dinosaurs that included T. rex, velociraptors, and the possibly flighted Archaeopteryx. Over time, the survivors have taken on diverse forms, shown stunning intelligence, and illuminated many natural phenomena.

But the best part about birds is that they’re accessible to everyone, everywhere. You don’t have to hike up mountains or paddle out to islands to experience their uniqueness—they will come to you. Giant flocks of passerines, raptors, and more migrate through the US and Eurasia in fall and spring. A tiny ruby-crowned kinglet might stop by on your windowsill (as one did while I was recording this podcast), reminding you that not only are birds real: They’re basically perfect.

FACT: There’s way too much poop on Mount Everest

Let’s start with some basic stats to put things in perspective. Mount Everest, which sits on the border between Nepal and Tibet, is the highest point on Earth—its summit is 29,031 feet above sea level. That doesn’t actually make it the world’s tallest mountain, to be clear: Mauna Kea on Hawai’i is about three quarters of a mile taller than Everest from tail to snout, as it were, but a big portion of that sits below the surface of the pacific ocean. To make things even more confusing, there’s another mountain that, by certain definitions, could be considered the world’s tallest. Because Earth isn’t a perfect sphere, Ecuador’s Chimborazo mountain happens to sit at just the right bulgy spot below the equator to be particularly far from the planet’s core. The summit measures more than 3,900 miles from the center of the Earth, which is 6,798 feet farther than Everest. But Chimborazo isn’t even the tallest mountain in the Andes by more traditional measurements! But I digress.

In a 2019 article by Weirdest Thing alum Eleanor Cummins, Pulmonary expert Peter Hackett put it this way: “You’re slowly dying at 18,000 feet, but when you get above 26,000 feet, you start dying much more quickly.” Over the last three decades, the researchers found, success rates among climbers have actually doubled, while the death rate has stayed pretty level. But it’s still super dangerous to climb, and at least 310 people have died trying to make it to the top. Their bodies are still there.

In addition to the bodies we’ve left on Everest, we’ve left a lot of trash—and poop. Like, a really problematic amount. Every year the Nepali government and an NGO run by the Sherpa people of Tibet work on clearing up the worst of the trash left by 700 or so climbers and the people that support them. It’s difficult to know exactly how much garbage there is, because some of it is basically impossible to get to due to hazardous conditions. One 2015 estimate suggested there’s more than 26,000 pounds of poop left behind each year in total, which says nothing of the ripped-up tents and empty oxygen tanks and all the rest of it. And in January of 2022, groups estimated that at Base Camp 2, there had been more than 17,000 pounds of human poop left behind in just the previous climbing season.

Rising temperatures mean that there are fewer deep ice crevasses to dump excrement into, by the way, which means it’s more and more likely for feces to contaminate the melting snow that people who live around base camp rely on for drinking water.

Consider this your friendly reminder that you really shouldn’t leave your poop behind on any mountain, even a chill one. Yes, you can dig a deep hole if you’re not close to a water source, but if you’re on a rocky trail or one that’s really populated, you need to admit to yourself that there simply isn’t room for everyone’s poop. Pack that crap out!

Fact: In the 1970s, inventors tried to make a Ford Pinto fly

In the 150 years Popular Science has been around, few concepts have gotten as much airtime as the flying car. Almost immediately after terrestrial autos hit the roadways, inventors began dreaming of them taking flight—and they never quite stopped. Some ideas seemed better grounded than others. Take, for example, the Mizar: Invented in the early 1970s by a pair of career aerospace engineers, it screamed practicality. At least on the surface. The car, which debuted to much press fanfare, married together a compact model of Ford and a Cessna plane. The driver, the concept went, would simply need to back his car into the tail-end of the craft, lock the two parts together, and get ready to take off.

Of course, there was a catch—actually several. Not least of which was their car of choice: a Ford Pinto. Now infamous for bursting into flames at even a light tapping of its rear end, the Pinto had yet to make fiery headlines when the Mizar’s inventors tried to launch it into the skies. The Mizar’s true failings, however, laid in its construction. Bolting the car onto a Cessna overtaxed the airframe. And, later reports revealed, the connections between car and plane left a lot to be desired.
Test flights were rocky, and eventually turned deadly for the Mizar’s intrepid inventors. But the public was captivated by the idea. And, to some degree, we still are. Visions of flying cars today, though, embrace a different kind of practicality—one that doesn’t put everyday drivers in the cockpit.