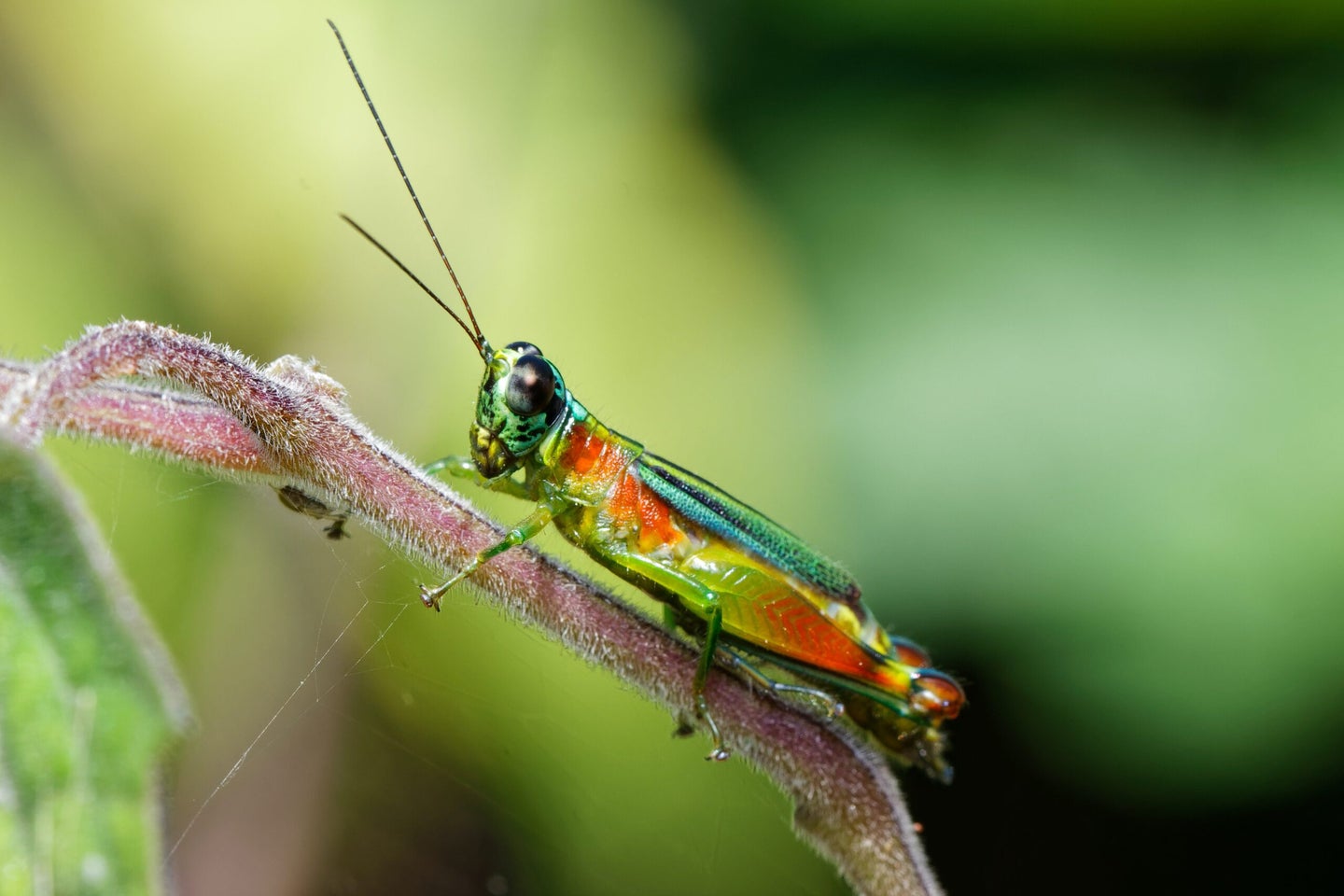 Back in September, there were a lot of headlines and tweets and TikToks about a new archeological finding in Poland. It was the 300-year-old grave of a seemingly wealthy woman in the village of Pien. She was wearing a silk cap and she was buried in a cemetery—signs that she was someone of status—but she was also shackled to the grave by her big toe. And she had a sickle placed over her neck in such a way that, should she try to rise, she would have been decapitated. These sorts of physical booby traps, along with more symbolic bits of protective magic, are generally accepted as signs that the living feared the dead would rise. In other words: They thought this lady was a vampire.

It’s not surprising that people were spooked and intrigued by this story, but it’s worth noting that it’s unlikely this woman did anything truly menacing, let alone anything seemingly supernatural, to inspire those fears. The archeologists who found her noted that she had a very prominently protruding front tooth, which may have been enough to make her a suspicious figure to her neighbors—especially if she was wealthy and independent.

I really appreciated that tooth detail, because it gets at something important about vampire burials—yes, plural, because these happened with some frequency all over the world. According to Stanley Stepanic, an expert on Slavic languages and literature from the University of Virginia, these beliefs and practices were common enough to prompt an official ban on vampire burials in 14th-century Serbian legal codes. And they show up outside of Eastern Europe, too. The thing that tends to unite them is that people saw vampires when they looked at people who were different—especially when they had reason to worry about disease. Other graves found with such signs of superstition have largely been associated with deaths from various plagues.

The so-called Vampire Epidemic of the 18th century, which is when the idea of vampires really entered the zeitgeist and became a downright common explanation for the spread of disease, may have been tied to pellagra, a condition caused by a vitamin B3 deficiency, which would have arisen as more of Europe started to live primarily on corn. (Fun fact, in mesoamerica, where corn originated, people prepared maize in an alkaline solution like ashy water, which made its B3 bioavailable and made it healthy to live on! Europeans apparently did not get the memo.) Before the arrival of corn, diseases like rabies could have helped shape the myths. As for why people became so convinced that the dead were rising, some historians point to the fact that urbanization meant that, for the first time in human history, hundreds or even thousands of corpses were being crammed into cemeteries that sat right next to bustling human settlements, often in simple shrouds due to poverty. That meant people being inadvertently disinterred by scavenging animals or flash flooding was suddenly much more common. Plus, several physicians of the era started spreading the idea that some of the corpses in question weren’t decomposing as quickly as they should, but that probably just had to do with the huge uptick in corpses they had the ability to observe.

The US had its own vampire panic in the 1800s, when an epidemic of tuberculosis in New England got blamed on dead people draining the life out of the relatives they’d left behind. TB tends to spread within households, and it takes a while to cause symptoms and kill you, so people started to figure that the first one to die must be slowly leeching the rest. One of the best documented cases of this was the exhumation of Mercy Brown in Rhode Island in 1892. Mercy was actually the third member of her family to die of consumption, but when the local doctor dug all their corpses up, she was the one who seemed suspiciously intact—because she had literally just died, and she’d been stored in a freezing crypt for two months. To save her brother Edwin, the village burned her heart and liver and mixed them into a tonic for him to drink. It didn’t work.

While ostentatious vampire burials and rituals are the ones that are most fun to talk about, some people were indeed killed because their neighbors thought they were, quite literally, parasitic monsters. The origin of vampiric panic is closely tied to the origin of blood libel, which is the pervasive belief that Jews ritually murder Christian children and drink their blood. In Medieval Europe, it wasn’t uncommon for Crusaders—or peasants caught up in the fervor of holy war—to target Jewish populations in retaliation for assorted local deaths. You don’t have to look too closely at the 18th, 19th, and early 20th-century vampire stories we know and love to see plenty of antisemetic tropes, either.

Fact: Even if Bigfoot doesn’t exist now, there’s a legit possibility that it might have once upon a time

Let’s start by saying that there is no scientifically accepted evidence that Bigfoot is out there, roaming around the woods of the Pacific Northwest (or anywhere else for that matter). But there are some scientists who think that there is a very real possibility of Bigfoot.

To be clear, this is conjecture. But there are lots of eyewitness accounts, stories, myths and legends about a big, hairy, ape-like creature that have been handed down over generations – from indigenous peoples in the Pacific Northwest, and other parts of the US, as well as in other countries—Russia, China, parts of Europe. As anthropologists have pointed out, when stories appear in disparate places, they can be grounded in some fact.

For example, there are all these tales about giant floods from all over the world – in the Bible, the Quran, from ancient Mesopotamia, South America, Australia, India. In recent years, geologists have found evidence that around 10,000 years ago, when Earth was much cooler, enormous dams made of ice broke and caused huge floods. They also found evidence that when large meteors from space hit Earth’s oceans, they caused giant waves and floods. Events like those might have been the reason there are so many stories about floods that have been passed down through generations.

The thought is that this could be true for a Bigfoot as well. It likely isn’t around any longer, but there might have been some sort of creature like this that existed in the distant past and the stories were handed down. After all, humans coexisted with at least 7 other hominid species at one point in time—and those are the ones we know about. Given that the fossil record is incomplete, the possibility of a giant, bipedal ape-like creature isn’t hard to imagine.

If you ever read or watched the late 1990s young adult series Animorphs, you might remember the particularly unsettling alien villain species: the Yeerks. In a ploy to take over the world, the parasitic slug-like creatures would wriggle through the ear canal and meld themselves to the brain of human hosts to control them. While the Yeerks are a work of fiction, there are real-life parasites that exhibit “mind control” abilities.

These creatures are popularly called “zombie parasites,” as many species often turn their hosts into walking brain-dead organisms. But many parasitologists often refer to this as host manipulation, where a parasite essentially alters the host’s behavior in typically self-destructive ways that ultimately benefits the parasite. There are numerous parasites that use this method for a variety of reasons, such as traveling to a more favorable environment, finding or reaching food, reproducing, or completing part of its life cycle.

This Halloween episode rounds up some of the most fascinating zombie parasites—including a four foot long worm that forces crickets to drown themselves, bacteria that alters the behavior of rodents to make them less scared of cats, and fungi that take over insects to burst and spread spores. While we might be grossed out (and freaked out by these parasites), you really don’t have to be afraid. For the most part, many of these species won’t ever affect you and they are often host specific.

Parasitologists, like University of New England’s Tommy Leung, emphasize the importance of parasitic relationships in ecosystems: “There are parasites that are causing a great deal of suffering for people,” Leung told me when I interviewed him for Science Friday. “But they are extremely interesting in their own place.” These field experts learn a lot about evolution and ecological relationships from these very interesting, and really clever, means of survival. While the thought of losing your freewill might seem terrifying, it’s a fascinating trait that parasites have evolved in order to survive and thrive.