This new way of looking at cells is revolutionizing biochemistry. 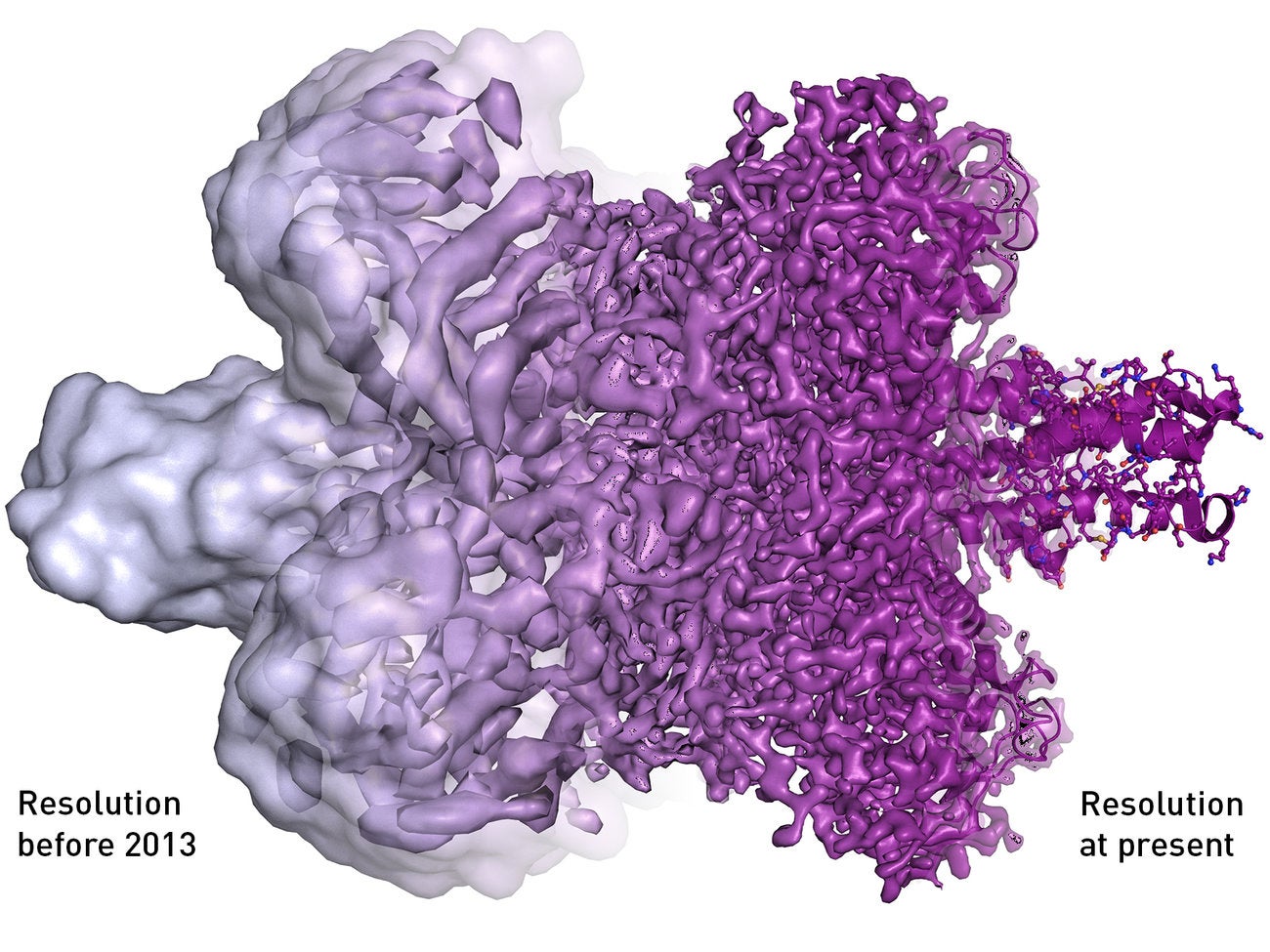 Before the invention of cryo-electron microscopy, which won biochemists Jacques Dubochet, Joachim Frank and Richard Henderson the 2017 Nobel Prize in Chemistry on Wednesday, scientists had to stain or fix cells before they looked at them under an electron microscope. That process often caused fragile biological structures to fall apart, and if they didn’t, the radiation from the electron microscope or the vacuum the scientists put the cells into often turned the once-living specimens into mush. Cryo-electron therapy allows scientists to look at the cells as if they were in their natural liquid environment—just like they are in our bodies.

“In order to really understand how these proteins work and function, looking at their state in a liquid environment is critical,” says Allison Campbell, president of the American Chemical Society.

In 1975, Joachim Frank of the New York State Department of Health theorized a process in which the then-limited information that electron microscopes presented could be combined into a high resolution, 3-D image. He spent more than a decade creating algorithms for this software, which then made cryo-electron microscopy possible.

Then in 1984, a team led by Jacques Dubochet published a paper using electron microscopy to image a virus that often causes the common cold, preserved in a thin layer of water cooled so quickly it became more like glass than ice. “The viral particles appear free from the kind of damage caused by dehydration, freezing or adsorption to a support that is encountered in preparing biological samples for conventional electron microscopy,” writes the scientific team in the paper. “Cryo-electron microscopy of vitrified specimens offers possibilities for high resolution observations that compare favorably with any other electron microscopical method.” In 1990, Richard Henderson published the first picture of a bacterial protein with high enough resolution to show every individual atom.

Since then, scientists have used cry-electron microscopy to look at more than 100 molecules: the proteins that cause chili peppers to burn your mouth, Zika cells, the plaques associated with Alzheimer’s disease and the proteins that cause antibiotic resistance, to name just a few. Getting a more accurate and higher resolution image of these proteins will help scientists develop new drugs and other therapies to fight the diseases they cause. “I wish that we would have had this when I was still active in research,” says Campbell. “The potential has yet to be realized.”