Big Pic: A Stunning View Of Phytoplankton From Space

A big population of little guys 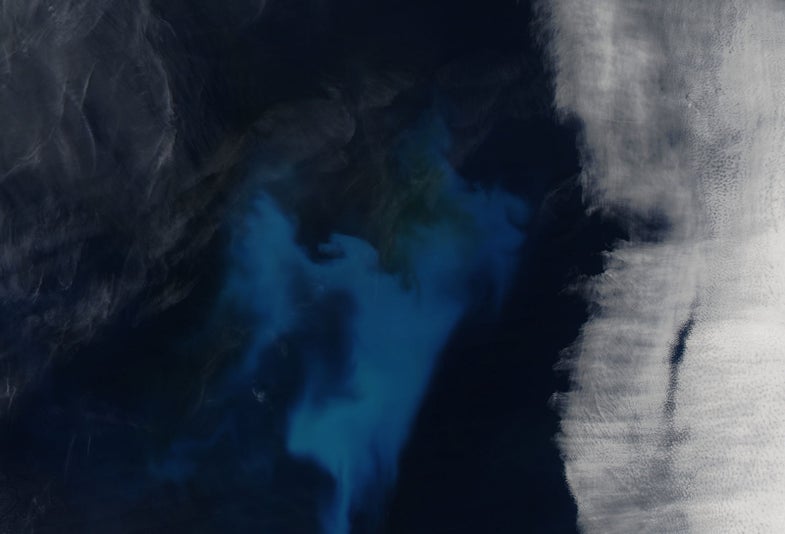 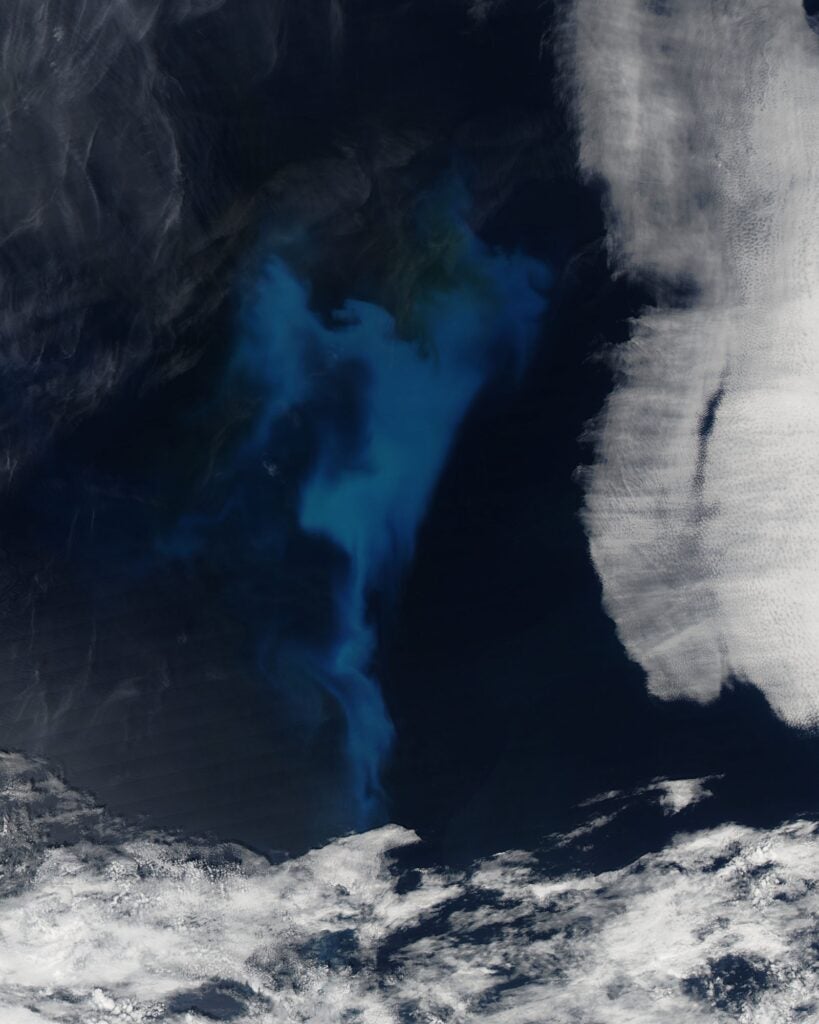 Any individual phytoplankton–a single-celled, photosynthetic ocean critter–is impossible to see without a microscope. Get enough of them together, however, and they’re visible from space.

This is a true-color satellite photo of a phytoplankton bloom in the North Atlantic Ocean. The Moderate Resolution Imaging Spectroradiometer (MODIS) captured the photo on July 23, during what would have been the afternoon in the U.S.

Blooms are population booms of phytoplankton, tiny organisms that live in water, photosynthesize and form the base of the ocean food chain. They’re like the plants of the deeper ocean, except that unlike plants, some species are able to swim. Some species also eat other organisms in addition to getting energy from photosynthesis.

Drawings not to scale

Blooms of phytoplankton are triggered by just the right light, nutrient and temperature conditions. They are common in the ocean and MODIS can snap photos of several miles-long blooms a year.

A bloom may last weeks, but not so the individuals in it, which rarely live for longer than a few days. Instead, blooms are renewed by the phytoplankton’s offspring until conditions dissipate.