Shorter winters are stunting the growth of plants 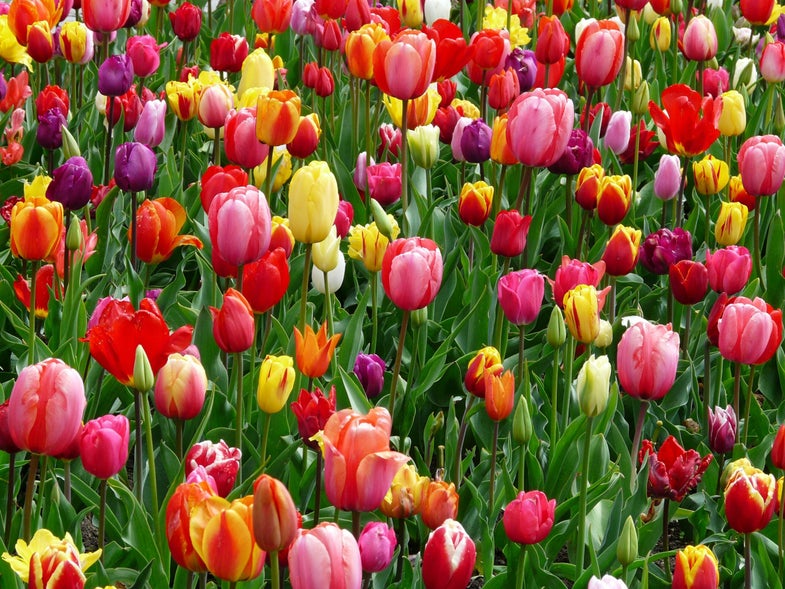 Spring has been coming earlier, prompting plants to sprout and turn green sooner than ever before. This is because carbon pollution has been heating up the planet, making winters shorter and springs warmer. Until now, scientists believed this premature blooming might not be all bad, as thriving plants might help slow climate change by soaking up more carbon dioxide from the air. But new research suggests otherwise, that plants aren’t growing more. They’re actually growing less, making climate change worse than current models suggest. Scientists studied three decades of satellite data and concluded that many regions can’t keep their early spring growth going through summer and into the fall because early growth sucks water out of the soil, leaving little left over for the main growing season. “Because of climate warming, plants grow earlier and more in spring, but they cannot sustain this until summer and autumn,” said Wolfgang Buermann, who led the study while at the School of Earth and Environment at Leeds, in the UK, and now is based at the University of Augsburg in Germany. “That means over the entire year, the effect of warm springs on photosynthesis is small. Plants need water to grow. If plants start growing earlier, they take up water earlier from the soils, and then the water is missing in the drier summer season to sustain the growth.”

There is also the fact that “the lifetime of leaves is limited,” he added. “If leaves emerge earlier, they will also die earlier and hence cannot do photosynthesis in late summer.” Americans can see this process is already underway. “These changes do not happen at remote places, but in our backyards,” Buermann said, pointing to declining summer plant growth in the western United States.

The scientists’ findings call into question existing climate models they believe overestimate the amount of carbon that plants absorb due to early growth, meaning the world’s climate is in an even more critical state than previously thought, they said. “This changes climate forecasts for the worse,” said study co-author Matthias Forkel, of the department of geodesy and geoinformation at Tu Wien, a university in Vienna. “We have to assume that the consequences of global warming will be even more dramatic than previously calculated.” Their research appears in the journal Nature.

Current modeling estimates a CO2 uptake four times higher than normal during a warm spring, a projection Forkel called worrisome and overly optimistic. “The climate models show that warmer springs result in more plant growth in summer, but the satellite observations show the opposite,” Buermann said. According to the authors’ estimates, a lower carbon uptake means more carbon will remain in the atmosphere, warming the planet even more.

Scientists measured the amount of green color in satellite photos to determine how much vegetation covered the Earth’s surface season by season and year by year, and they used temperature data to search for those years with colder or warmer than average springs. “We then compared the spring temperature with the vegetation productivity in spring, summer, and autumn, and did this comparison for every point at the globe to the north of the 30th parallel north, from southern Europe and Japan to the most northerly tundra regions,” he said.

They used additional data related to local climate and geography “to investigate what processes in ecosystems could cause the effect of spring warming on summer and autumn plant growth,” Forkel said. “We then did the same analysis for simulations from global climate models to check if the models show the same patterns.”

Not surprisingly, the data showed the northern hemisphere does, in fact, become greener in the spring when temperatures are especially warm. However, the findings also showed a reversal of these effects in the summer, causing an overall loss of plant growth, meaning more heat-trapping carbon dioxide in the atmosphere and less water in the soil. “It is likely that heat waves and droughts will occur more often under climate change,” Forkel said. “If plants already used all the water in spring, this could mean that droughts will become even worse in summer.”

Notably, Forkel said, even in a stable climate plants could not soak up all the carbon pollution from cars, trucks, factories, and power plants. “Plants and ecosystem take up around 25 percent of the human-caused fossil fuel emissions. Another 25 percent is taken up by the ocean, and the remaining 50 percent of CO2 emissions stay in the atmosphere. If plants grow more, they take up more carbon but the effect is small,” he said, “far too small to compensate for the human CO2 emissions.”