Test For HIV With A DVD Player

In the age of Blu-Ray and Hulu, maybe DVDs are becoming less relevant. But researchers have just made a crazy... 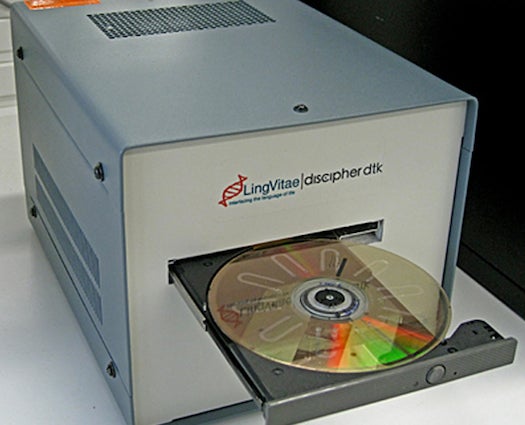 In the age of Blu-Ray and Hulu, maybe DVDs are becoming less relevant. But researchers have just made a crazy invention with one: a device that simply and quickly detects HIV.

A team from the KTH Royal Institute of Technology in Stockholm turned a DVD drive into a laser scanning microscope that can accurately analyze blood and perform cellular imaging. That means it can test for HIV–and spit back results in minutes.

As a proof of concept, the researchers showed that the DVD machine could analyze and visualize CD4 cells. Usually those cells are analyzed and counted by flow cytometry to test for HIV, but the researchers say that technology could be too expensive for some countries, while the “Lab-on-DVD,” if mass-produced, could be made for $200.

This seems like part of a trend toward creating a fast, cheap HIV test. We’ve seen those come in simple color-reaction form and in iPod-sized gadget form. But DVD player form is a first, we’re pretty sure.