The big news in bioengineering this week is all about a tiny pool of rat pee. 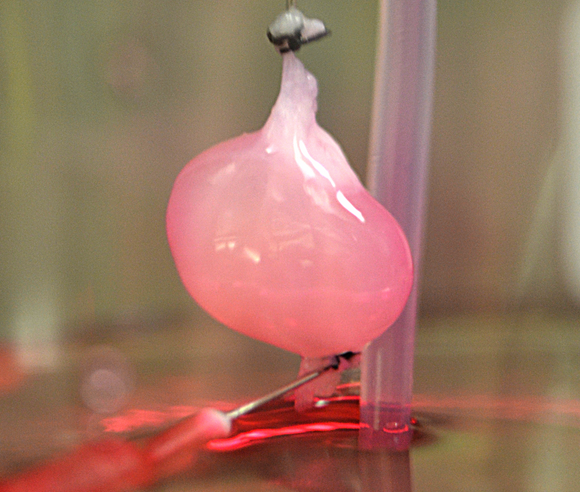 Your kidneys may be the hardest body parts to duplicate, but maybe doctors just need a template to fill out.

Scientists at Massachusetts General Hospital have built a functional engineered rat kidney, washed clean of its former cells and re-seeded with fresh ones, and transplanted it into a live rat. The engineered kidney can produce urine and expel it through a ureter, and it didn’t produce any blood clots.

The fact that it actually worked–it produced urine–is a major breakthrough for tissue engineering, which faces probably its greatest challenge with the all-important kidney. The team also washed out a human and a pig kidney, although those weren’t transplanted.

The kidneys carry a lot of water for our bodies, filtering and absorbing nutrients and transporting waste products so we can excrete them. This requires a lot of specialized cellular machinery: Each of your kidneys has about a million tiny structures called nephrons. These contain networks of tiny blood vessels, which filter the chemicals and water in your bloodstream. This passes through yet another structure called a tubule, which processes helpful chemicals and waste products to produce urine. Each of these components is made of highly specialized cells, all of which work in concert to produce pee and keep you alive. It is incredibly intricate and so far, impossible to reproduce: When our kidneys fail, we need new ones.

About 100,000 Americans need a kidney transplant right now, and another half-million live on dialysis machines, which take the kidneys’ place and filter all of a patient’s blood through a system of pumps and hoses.

Scientists are working on smaller, implantable versions of dialysis machines, but they are still awaiting clinical trials. It would be even better to just replace the organs, but that requires donors, which are in increasingly short supply. Doctors could try to build new ones, which is the goal of researchers like Anthony Atala of Wake Forest University Baptist Medical Center. Atala is a pioneer in biomedical 3-D printing, and a couple of years ago he demonstrated how to 3-D print a model of a human kidney. At Cornell University, scientists have already 3-D printed new ears.

There is one other way: Doctors could try to re-generate kidneys using a person’s own cells. Harald Ott and his colleagues set out to do this with a shortcut that has shown promise in other tissue engineering research: A biological scaffold.

Along with the clear urine, this is a big reason why this research is promising. It shows that a well-built superstructure can be enough to regenerate a highly complex organ and all its functions–you don’t need to do it from scratch, with metal or with biological “ink.” With the right template, and careful cellular positioning, doctors may be able to make old bodily equipment new again.

Borrowing a kidney from a rat cadaver, Ott’s team essentially washed the organ with special soaps that rinsed away all the cells, leaving nothing but the extracellular matrix. The ghostly pale scaffold then served as a mold for fresh cells to repopulate. Fresh cells were coaxed to their new colony using special pressure chambers and a cell culture medium. 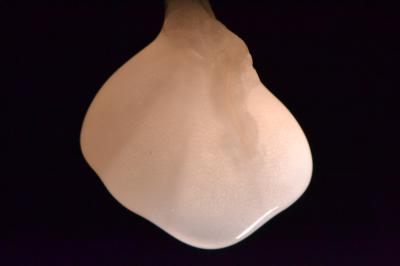 Removal of all living cells from a rat kidney leaves a collagen scaffolding, ready for repopulation with new kidney and vascular cells. This image shows tiny glomeruli in the kidney parenchyma. These are the functional units of the native kidney’s filtration system, which are difficult to reproduce.

Because the kidney uses a variety of cell types to produce urine, the researchers had to carefully deposit certain cell types in the right locations before spurring them to grow. Once this was done, the researchers tested the newly structured kidney with a clear liquid and measured how well it filtered and re-absorbed electrolytes and glucose, producing an engineered urine. Then they actually put it in a live rat, and watched the kidneys successfully produce urine again.

The engineered kidney didn’t remove enough urea or creatinine, key markers of kidney function, and it removed more than its share of glucose and a blood protein called albumin. So there are some tweaks to work out. But it’s still a promising sign that broken-down organs can be used again if they are repaired and regenerated carefully.

Even better, other, somewhat simpler organs may not be as difficult to duplicate. Lessons from the kidney experiment can inform new research on other organ scaffolding research, leading to new scaffold-based limbs, valves, possibly lungs and even hearts–no donor required.

The paper appears in this week’s issue of Nature Medicine.