A recent study showed that schizophrenic patients who put an avatar to the voices they were hearing ended up hearing the voices less. 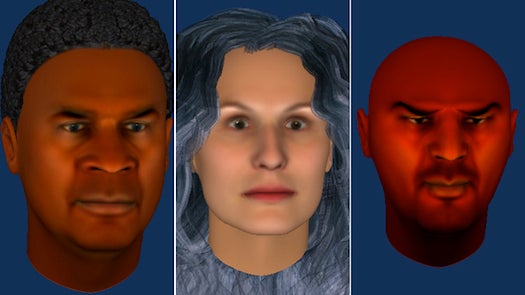 This might be an unexpected way to treat schizophrenics hearing a disembodied voice: embodying the voice.

In the U.K., psychiatrist Julian Leff tried an experiment to treat patients hearing voices. He had a group of patients put a face to the voice by having them create a virtual avatar through custom computer software. Then Leff talked to the patients through the on-screen avatars.

At first, he told the BBC, he tries to make the patients realize the voices, like the avatars, aren’t real: “I encourage the patient saying, ‘you mustn’t put up with this, you must tell the avatar that what he or she is saying is nonsense, you don’t believe these things, he or she must go away, leave you alone, you don’t need this kind of torment.'” After that, the voice, through Leff, says he or she will leave the patient be, and asks for ways to help improve the patient’s life. This went on through six sessions.

The group originally had 26 patients: 14 of those got the avatar therapy right from the start, while 12 received anti-psychotics and, later, were offered the virtual therapy. But only 16 made it through the full treatment–the voices told several of them to drop out. The majority of those who made it through, though, heard the voices less. Three of the patients, the researchers reported, even stopped hearing the voices completely.

That’s an intriguing finding (and one that complements other research well), but it’s also not a huge sample size. So coming next month is another trial, this time with 142 patients.