FYI: What Is Deer Antler Spray, And Why Would A Football Player Use It?

NFL players have been accused of using deer antler spray, a banned performance enhancer with a bizarre name. 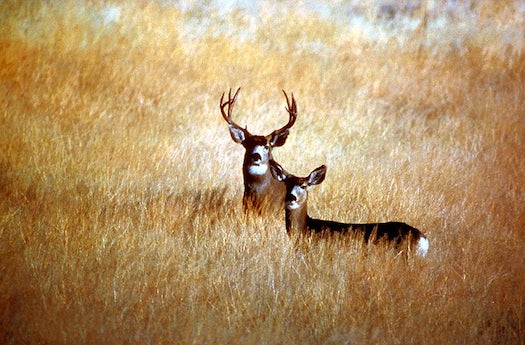 A new report from Sports Illustrated connects Baltimore Ravens player Ray Lewis with deer antler spray, also known as deer antler velvet, one of the oddest-sounding performance enhancers we’ve ever heard of. (Lewis and the team, by the way, deny he did anything wrong.) So what is this stuff?

Well, it’s pretty close to what it sounds like: It’s a spray or pill with an active ingredient, IGF-1, extracted from deer antlers. Christopher Key, one person in the two-person company SWATS (Sports With Alternatives To Steroids), which sells the spray and pills, gave this quote in the Sports Illustrated report:

“You’re familiar with HGH, correct?” asked Key, referring to human growth hormone. “It’s converted in the liver to IGF-1.” IGF-1, or -insulin-like growth factor, is a natural, anabolic hormone that stimulates muscle growth. “We have deer that we harvest out of New Zealand,” Key said. “Their antlers are the fastest-growing substance on planet Earth . . . because of the high concentration of IGF-1. We’ve been able to freeze dry that out, extract it, put it in a sublingual spray that you shake for 20 seconds and then spray three [times] under your tongue. . . . This stuff has been around for almost 1,000 years, this is stuff from the Chinese.”

SWATS isn’t the only company, either. You can even pick up a bottle on Amazon.

IGF-1, a naturally occurring chemical, can (supposedly) stimulate muscle growth in above-average quantities. It’s been compared to the better-known human growth hormone, or HGH. But, as the International Business Times points out, we’re not even completely sure how well, if at all, the substance works with humans, although at least one major study did find increased performance in athletes who used it.