DNA evidence suggests at least one of two identical twins is guilty of rape in France. Is the science of DNA testing far enough along to help prosecutors nab the culprit? 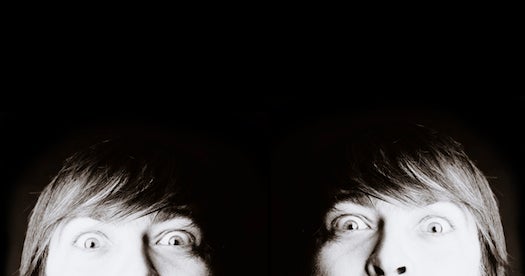 A pair of identical twins is currently being detained in the French city of Marseille for six rapes committed in the past six months. Victims have identified the twins’ face, and DNA evidence from one of the crime scenes confirmed that at least one of them is guilty. But because the twins, identified only as Yohan and Elwin, share almost the same DNA, prosecutors say they have no way of determining which brother is the rapist, or if they were both involved. Shouldn’t science be able to solve this kind of mystery?

Monozygotic twins, such as Yohan and Elwin, are created from one egg fertilized by one sperm. Until recently, it was believed that their DNA was 100% identical. But rare mutations occur as the fetuses develop, so while both genomes start out the same, they end up being different.

The problem is that those mutations can’t be found in all tissues, which means that looking for genetic differences between twins is like trying to find a needle in a haystack.

In a similar rape case involving identical twins in Michigan in 2004, a forensic laboratory called Orchid Cellmark tried to find DNA mutations that might reveal which brother’s semen was the one found at the crime scene. At the time, scientists targeted about 500,000 common genetic variations that might differ between brothers. (Those are called single nucleotide polymorphysms, SNPs, and are genetic variations present in at least 1 percent of the population.) But they weren’t able to identify any differences with certainty, and prosecutors didn’t convict anyone.

Research on identical twins has progressed since then, but it usually focuses on the origins of diseases (looking at the genetic differences between one twin with Parkinson’s and one without, for instance), not on distinguishing twins’ genomes for rape trials.

A major breakthrough occurred in 2008, when geneticists at the University of Alabama found more genetic variations between twins than previously thought. They reached that conclusion by looking not at SNPs, but at Copy Number Variations, a type of mutation that few researchers had studied at the time. The team led by Carl Bruder and Jan Dumanski compared 19 pairs of identical twins, and found CNVs (which happen when genes are deleted or inserted in the DNA) in all the twins, meaning that they were all distinguishable.

The rub: the technique for distinguishing between identical twins’ DNA is not ready to be used in court.This fall, researchers from McGill University in Montreal also announced they were able to distinguish between identical twins’ DNA, this time by looking at “single base mutations,” mutations where a single letter in the genome is changed to another letter. “We have produced evidence that in some sets of identical twins, the identity of each twin can be discerned through DNA testing,” Brent Richards, an assistant professor of medicine and human genetics at McGill, told Popular Science.

However, out of the 33 pairs of twins studied, researchers were only able to distinguish between two pairs of identical twins. Richards points out that the results could be more accurate if they decide to target more mutations in their study. “We assessed only about 500,000 genetic variants. However, one can easily genotype up to 1.5 million genetic variants, which would increase the probability of identifying the correct twin pair by approximately 3-fold.”

Here’s the rub: the technique for distinguishing between identical twins’ DNA is not ready to be used in court, says Greg Hampikian, a professor of biology and criminal justice at Boise State University. “No one has done it in a forensic case, and it will likely be a while before it reaches general consensus and will be acceptable under the Daubert Standard in a U.S. court,” he told Popular Science. According to this standard, scientific expertise is acceptable only if the technique it relies on has been tested, subjected to peer review, has a known error rate and is widely accepted in the scientific community.

Having a twin can be an easy way out for suspects.
In the French press, experts commenting on the Marseille twin case were quoted saying that the DNA technology required would be too costly: hundreds of thousand of euros, even millions were some of the numbers mentioned. Hampikian and Richards both disagree, saying it would be in the tens of thousands of dollars. In these cases, labs can’t rely on standard FBI DNA tests, because the regions those tests evaluate would be identical for monozygotic twins. They would need to do a whole genome sequencing, says Hampikian, which now costs about $10,000. Hampikian adds that for better results, this would have to be combined with a study of methylation, chemical marks on the DNA that change with the environment (after birth, twins are exposed to different environmental conditions). However, there are no guarantees that differences will be found.

Hampikian explains that one problem is that you would have to study a great number of different tissues to say for sure that you could tell the twins apart, because the mutations are so rare.

Michael Baird, the laboratory director of the DNA Diagnostics Center (DDC) in Ohio told Popular Science that in the case of the identical twins he recently studied, a mutation could be found in a cheek sample, while the DNA from blood and fingernail samples was identical between brothers. “There are mutations but it is hard to determine where they occur,” he says. Furthermore, Baird adds that a whole genome sequencing requires a larger quantity of DNA than is usually found on a crime scene.

To be sure they are convicting the right man, investigators in Marseille will need to rely on other elements, such as alibis, confessions and criminal history. They could also look at fingerprints, which are different between monozygotic twins, one of the hypotheses being that fingerprints differ because twins occupy different positions in the womb and move differently.

If none of this is available, having a twin can be an easy way out for suspects. In 2009 in Berlin, identical twin brothers were released following a spectacular department-store burglary. Only DNA was found that night, and the German court could not conclusively say to which twin it belonged and, as a result, couldn’t risk putting an innocent man in jail. “We are proud of the German legal system,” the twins had declared at the time.