FYI: Could Hand Sanitizer Make You Catch On Fire?

A tragic blaze in an Oregon hospital erupted from hand sanitizer earlier this month. Should you be worried? 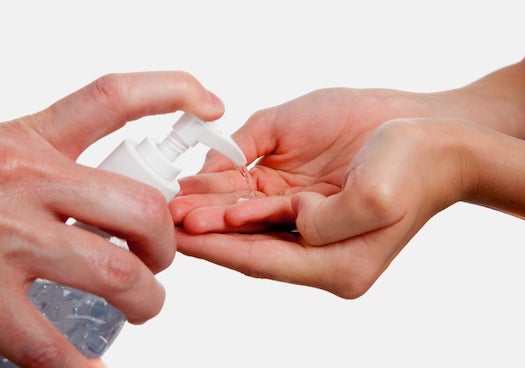 A bizarre fire ignited in a Portland hospital earlier this month, causing second- and third-degree burns in 11-year-old cancer survivor Ireland Lane. A state fire marshal report released Wednesday suggests that the blaze was started, in part, by something many of us use every day: hand sanitizer.

Is it time to toss the Purell?

In a word, no. With the Lane tragedy, an inauspicious mix of hand sanitizer, static electricity, and olive oil was to blame, the report says. Though similar incidents have been recorded–in hospital settings no less–it is highly unlikely you’ll set off a fire the next time you slap on some hand sanitizer and go dragging your feet across a carpet. In any case, hand sanitizer has far more benefits than risks.

Here’s what allegedly happened to Lane: In a room in Doernbecher Children’s Hospital, Lane used olive oil to remove glue used during an EEG test from her scalp. EEGs are common procedures for understanding electrical activity in the brain, and olive oil is commonly used to remove the EEG glue–especially when patients are allergic to the compound traditionally used to break down EEG glue. The oil dripped from her head to her shirt, and Lane likely wiped some of it on her shirt, too. Later, Lane cleaned her hospital bed and the attached tray with hand sanitizer. The sanitizer likely rubbed off onto her shirt and body. Then Lane started playing with her bed sheets, creating static electricity. The static electricity ignited the hand sanitizer, and the olive oil probably fed the flames, the report says.

Lane’s story, while incredibly rare, isn’t unique. A 2002 report from Center for Disease Control on hand hygiene in hospitals describes one incident in which a health care worker ignited the vapor from hand sanitizer with the static electricity she created from removing a gown and then touching a metal door. In 2006, a similar incident occurred, when a nurse’s hand–wet with sanitizer–caught fire as she changed a dial in an oxygen-enriched environment. A spark of static electricity can set hand sanitizer ablaze, but it’s extremely uncommon. “[The Lane case] was an outlier as far as I can tell,” says Mark Bruley, of ECRI Institute, non-profit focused on improving health care safety.

What are not outliers are hospital infections. In the United States every year, nearly 2 million hospital patients–about one in 20–experience infections. In this context, it is clear that the benefits of using alcohol-based sanitizer, like the Oregon hospital’s sanitizer 3M Avagard, which kills 99 percent of pathogens within 15 seconds, outweigh the risks.

There are precautions you can take with hand sanitizer. Use the minimal amount, Bruley says. Take a dime-sized portion and rub your hands until the gel or liquid evaporates. And whatever you do, don’t mess around with olive oil and staticky bed sheets.