FYI: Why Is There A Winter Flu Season?

An illustrated explanation of why the world's most obnoxious virus at least doesn't stick around all year. 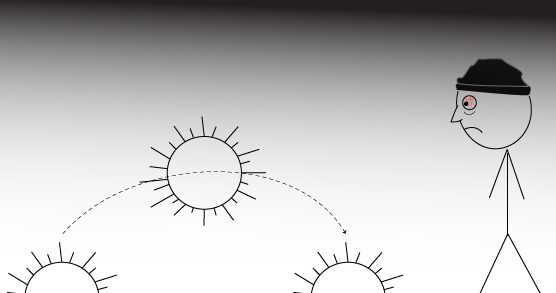 Flu season is in full swing across the U.S. this week, and it’s right on time. Actually, it would have been on time if it showed up in November, too, or even in March–unlike the actual seasons, the timing of flu season is a little hard to predict. Except for one thing: it always happens in winter. In fact, everywhere on Earth where people have a winter season, they also have a flu season:

Part of what makes the timing of each flu season unpredictable is that scientists still don’t understand exactly why we have one at all. There have, of course, been lots of theories:

One theory is that flu peaks in winter because people spend more time indoors, with the windows closed, breathing each other’s air:

Other scientists have argued that the darkness (i.e. lack of Vitamin D and melatonin) and cold of winter weaken our immune systems, making us more susceptible to the virus:

A third theory is that–regardless of how we deal with the cold–the flu virus thrives in the cold, dry air of winter, but suffers in the warm, humid air of summer.

There’s even a theory about how the winter flu is ushered in by changes in air circulation in the upper atmosphere:

For a while, scientists had a hard time thinking up ways to test these theories: they needed to be able to run experiments, but researchers aren’t allowed to infect humans with nasty illnesses, and most lab animals aren’t affected by the flu the same way people are. But then, in 2007, a medical researcher named Peter Palese stumbled across an 80-year-old journal article that reported that guinea pigs get infected and pass on the flu just like humans.

Palese decided to test theory #3–the idea that the flu virus does better in cold, dry air than warm, humid air. He acquired some guinea pigs and ran several experiments to see how temperature and humidity affect the way the flu spreads. In each experiment, he injected half the guinea pigs with influenza A (the common flu), and put them in a crate next to a crate of uninfected animals. 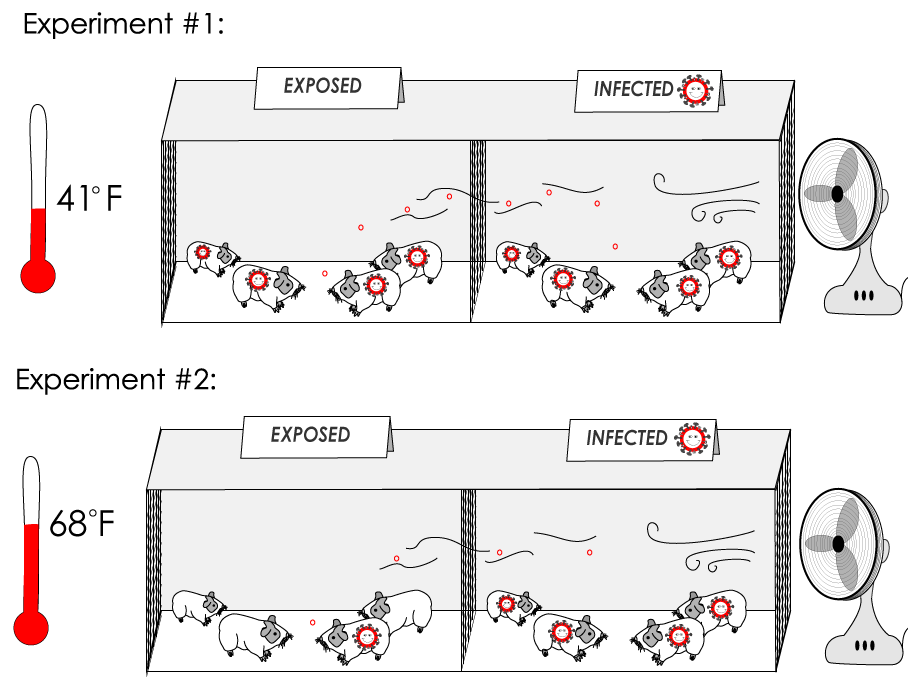 Since winter air is also much drier than summer air–cold air can’t hold as much water vapor–the researchers also ran experiments where they varied the humidity in the room but kept the temperature constant: the drier the air, they found, the more animals got sick.

One possibility has to do with the way the flu spreads through air. When an infected person breathes in and all the tiny airways in their lungs open, a thin film of fluid stretches across the opening airways and then breaks, releasing little virus-containing droplets into the air in the lungs. When the person breathes out, those droplets are expelled into the air, where they begin to fall toward the ground:

And here–in the flu droplet’s earthward fall–is where humidity comes in. As this droplet falls, it also begins to evaporate. The drier the air is, the more moisture evaporates from the droplet, and the smaller the droplet gets. AND if it gets smaller, the effect of air resistance gets bigger. Eventually, if enough of the droplet evaporates, the flu virus is whisked away on air currents and can float around for days, until someone else breathes it in:

Several studies have made the case for this “transmission” hypothesis since Palese’s guinea pig study, but other researchers think the biggest factor is actually the virus’s survival. One study found that the flu virus survives for much longer in low humidity than high humidity:

Quite possibly, the flu’s annual winter-time parade through our immune systems has to do with both factors: the virus survives better and transmits more easily in cooler, drier air. The case isn’t closed yet–and researchers are still looking into some of those other theories, like the idea that our immune systems are weaker in winter–but, for anyone looking for ways to avoid the seasonal flu (in addition to the flu shot, of course), a portable humidifier seems like a good place to start.

Ask Us Anything
Diseases
infographics