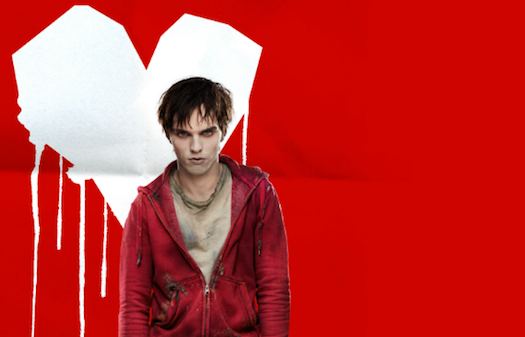 In most pop-zombie lore, zombies have been infected with a contagion that turns them into mindless, soulless monsters on the hunt for human flesh. Even if a reanimated corpse used to be your mother/father/brother/girlfriend/BFF, now it’s a zombie, and it has to die. End of story.

But the latest film in the zombie lexicon, Warm Bodies, turns that convention on its head. An over-thinking zombie falls in love. He thinks and feels.

Which raises an interesting philosophical question: Are zombies hopeless automatons who should be killed without hesitation? Or do zombies experience consciousness?

Well, do they? Would zombies be conscious beings?

It’s possible. They’re just sick people, argues Steven Schlozman, author of The Zombie Autopsies and an assistant professor of psychiatry at Harvard Medical School. “We would never say that somebody that is sick with another kind of disease isn’t conscious.”

In Schlozman’s view, zombies are much like a crocodile. They may not be conscious in the same way humans are, but they are aware of their surroundings and respond to their environment. 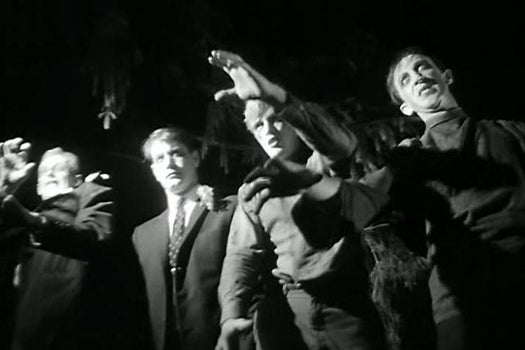 What Are They Thinking About?

“The damage that’s been done has changed their behavior in other ways, but if they can smell fresh meat — a person — and if they can see them and they could distinguish between colors or something I would argue that they really are conscious, in a more restricted way than we are,” says philosopher Paul Skokowski, the executive director of the Center For Explanation of Consciousness at Stanford University. This year the center is running a series of interdisciplinary workshops on zombies and consciousness.

How can we be really sure, though?

Even if we thought zombies were just sick people, an infection that reanimates corpses isn’t a normal disease, so we’d probably want to double check. Just to be sure. Using the same methods we employ to probe whether or not animals are conscious, we could test whether or not zombies think on a higher level.

If a zombie could recognize himself in the mirror, we’d have to assume that zombie had self awareness.
“We can establish — as we largely have done already — which parts of the human brain are critical for the kinds of consciousness that we have and see if they are intact in a zombie,” says Daniel Bor, a scientist at the University of Sussex’s Sackler Centre for Consciousness Science. “If we could ever get a zombie in a brain scanner.”

If we could see that they didn’t have a thalamus, for example, scientists would agree that zombies probably wouldn’t be conscious. If there were a lot of complex interactions between regions of their zombie brain, that would imply a high level of consciousness.

But it might be tough to wrestle a zombie into an MRI. One way we test for consciousness in animals is by having them take a good look in the mirror. Most primates, dolphins, elephants and even magpies can recognize their own reflection.

“If a zombie could recognize themselves in the mirror, if it was to pass that test, we’d have to assume that zombie had self awareness, which is an advanced form of consciousness,” Bor says.

We could also test whether zombies were capable of what’s called meta-cognition — if they were aware of their own thoughts. When testing for advanced forms of consciousness, scientists give animals perceptual tasks, like picking which dot is slightly bigger in a set or choosing which picture they’ve already been shown. Then the zombie would be asked to gamble on their answer.

Great apes, monkeys and possibly even rats seem to be able to track their own accuracy — betting high on answers they are confident about. If zombies were to do the same, it would suggest that they are conscious beings.

In Warm Bodies, zombies start to regain their humanity. Is that possible? Or are zombies really just gone, as every other zombie movie tells us?

They could probably be cured. Zombies go from being able to talk and interact to losing much of their normal function beyond base desires like hunger. (Basically like a drunk crocodile taking a walk, as Schlozman puts it.) They’re in a kind of vegetative state.

Yet there’s evidence that the brain heals itself, albeit slowly.

Schlozman says the brain could potentially regenerate through neurogenesis, the creation of neurons, and neuroplasticity, the changes in neural pathways and synapses after injury.

Zombies are like a drunk crocodile taking a walk.
For people in a vegetative state, deep brain stimulation can in some cases help them go from not being able to do anything to being able to talk and feed themselves. Electrodes implanted into the skull stimulate regions of the brain like the thalamus so that the neurons fire repeatedly.

For a zombie, deep brain stimulation could kickstart brain function and stem cells could facilitate rehabilitation, Schlozman says, making it possible to retrain the brain to perform the same functions as before. People who have lost function in one part of their brain sometimes learn to use a different part of the brain for the same function.

Whether a zombie would still be the person he or she was before is another question. Much of what we think of as consciousness has to do with our sense of self. If the brain is degraded, that sense of self could be lost. Even if parts of the brain could be regenerated post-zombification, it’s debatable whether they’d hold the same memories.

Ask Us Anything
neuroscience