8 Things You Didn’t Know About Copernicus

He went to three different universities, but there are no records of his ever getting a degree, for example. Happy 540th birthday, Copernicus! 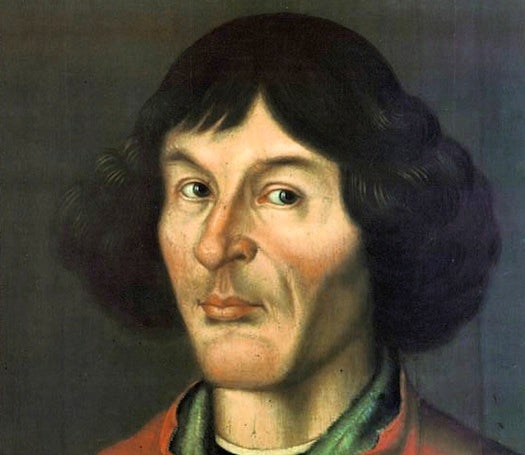 It’s Nicolaus Copernicus’s 540th birthday today. He is widely considered the father of modern astronomy and is best known for arguing that the Earth revolves around the sun–a controversial stance until the mid-17th century. Before he found his calling in heliocentrism, however, Copernicus was a versatile scholar who studied several unrelated fields, including church law and medicine. And while it’s implanted in our heads that the Catholic Church skewered anyone who espoused heliocentrism, Copernicus actually had a fine relationship with the Church. At the beginning of his career, he was elected canon, a position just below bishop. He dialed down his church work before pursuing astronomy, and afterward found both supporters and detractors in the Church.

He practiced medicine. Without a medical degree.
Copernicus’s father died when he was about 11, so his uncle, a bishop, took him and his three siblings under his protection. When the uncle became elderly and fell ill, Copernicus acted as his physician. Copernicus was also a physician for the bishop who succeeded his uncle and for members of his church chapter. He never received a medical degree.

He was an economist. Sort of.
Before he got into astronomy, he wrote essays about stabilizing the value of currency that “were consulted by the leaders of both Prussia and Poland,” according to the Stanford Encyclopedia of Philosophy.

He didn’t actually think the earth revolves around the sun.
In his theory, the Earth and planets revolved around a center that was near, but wasn’t exactly, the sun. The Christian Science Monitor outlines his other important axioms.

Give some of the other guys credit, too.
Copernicus wasn’t the first to think that perhaps not everything in the sky revolved around the Earth. Pythagoreans thought the Earth revolved around a central fire that wasn’t the sun, while ancient Greek astronomer Aristarchus of Samos proposed the Earth rotated 360 degrees a day and orbited the sun.

Copernicus was less hated than you think.
Not all signs pointed to disaster for heliocentrism and the medieval Catholic Church. Copernicus sent manuscripts about his theory to other astronomers and scholars, a few of whom mentioned that his ideas seemed to conflict with the Bible, but most of whom encouraged him.

No, really.
Georg Joachim Rheticus, a mathematics professor, published and circulated an introduction to Copernicus’ heliocentric ideas to little reaction. That’s why Copernicus decided to publish his seminal “On the Revolutions,” which posited that the Earth revolved around a point near the sun.

Copernicus was much luckier than Galileo.
Copernicus died soon after publishing his ideas formally. Decades later, Galileo would be brought before the Inquisition and placed under house arrest for doing math to prove Copernicanism, but during his own life, Copernicus had both admirers and detractors of his theory.

Our thanks especially to the Stanford Encyclopedia of Philosophy for a great online biography of Copernicus.