As East Coast Braces For Hurricane Earl, NASA Watches From Above

East Coast residents are bracing for this monster, headed their way with 125-mph winds, as a fleet of NASA satellites... 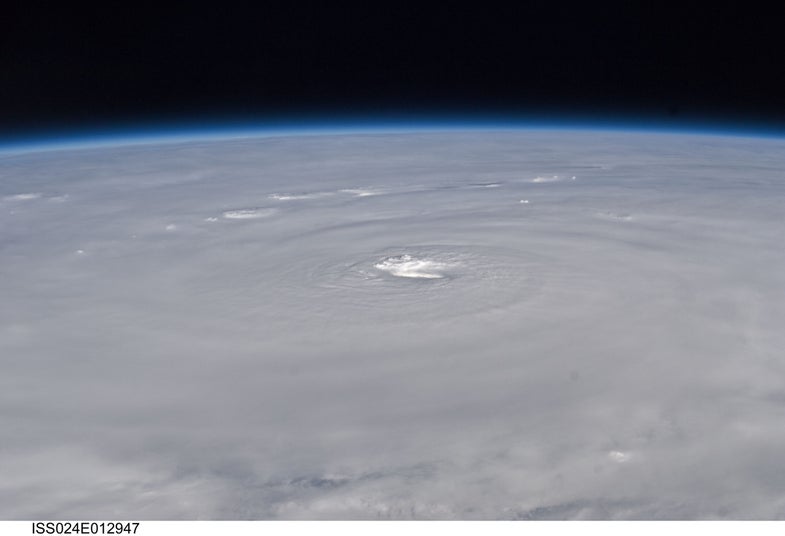 East Coast residents are bracing for this monster, headed their way with 125-mph winds, as a fleet of NASA satellites and airplanes monitors its evolution.

As of Wednesday morning, Hurricane Earl was a Category 3 storm, but an especially large one. Storm-force winds extend 200 miles from its eye, seen above in a photo snapped from the International Space Station.

NASA scientists are flying airplanes into this swirling mass, measuring the hurricane’s wind speeds, precipitation and more. As part of NASA’s GRIP program — Genesis and Rapid Intensification Processes — a NASA DC-8 flew through Earl’s eye six times as the hurricane intensified from a Category 2 to a Category 4 storm.

Meanwhile, an ISS crew member used a digital camera with a 50mm lens to take the above photo, from a much safer distance.