Director James Cameron has commissioned Australian designers to build a sub that can plunge 36,000 feet beneath the surface of... 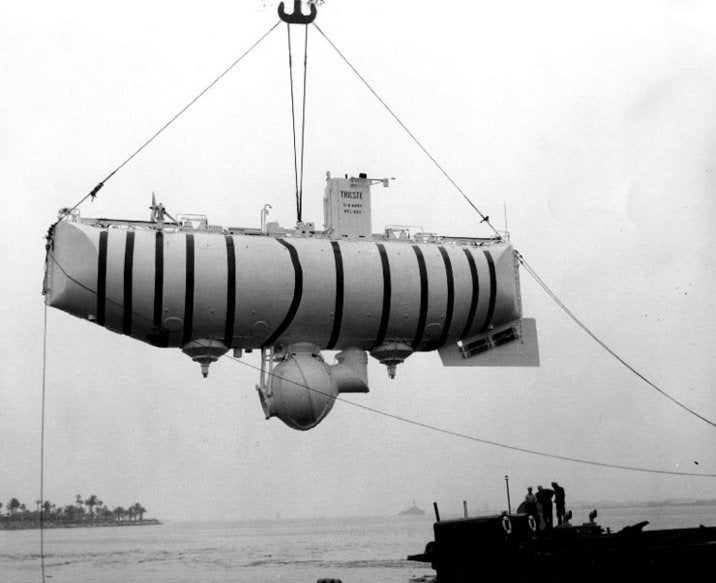 Director James Cameron has commissioned Australian designers to build a sub that can plunge 36,000 feet beneath the surface of the ocean, hoping to combine his love for deep waters with his apparent craving for cash. If he can pull it off, he could win a $10 million X Prize and shoot footage for an “Avatar” sequel simultaneously.

The Daily Mail first reported the story, saying the sub would be made of composite materials and powered by electric motors. It would have to survive the immense pressures experienced at seven miles below the surface of the ocean, where Cameron hopes to shoot 3-D footage to incorporate into the second Avatar film.

The sub would be designed to explore the Challenger Deep, a 35,994-foot deep depression in the southern end of the Mariana Trench. It’s the deepest known spot in the oceans and has only been explored three times — but since the first daring 1960 attempt in the Trieste, no one has tried a manned descent.

Attempting such a feat would hardly be a first for the director, who has waded into deep waters several times on behalf of his films, including “Titanic” and “Aliens of the Deep.” The “Avatar” sequel will reportedly be set in the fictional oceans of Pandora.

Later this year, the X Prize Foundation is expected to formally announce a $10 million award to commemorate the 50th anniversary of the Trieste’s dive. The winnings will go to the first privately funded sub to make two repeat manned descents to Challenger Deep.

Not content to earn more money than anyone in the history of moving pictures, HMFIC apparently wants an X Prize, too.