At Last, Science Figures Out The Keys to Sexy Dancing 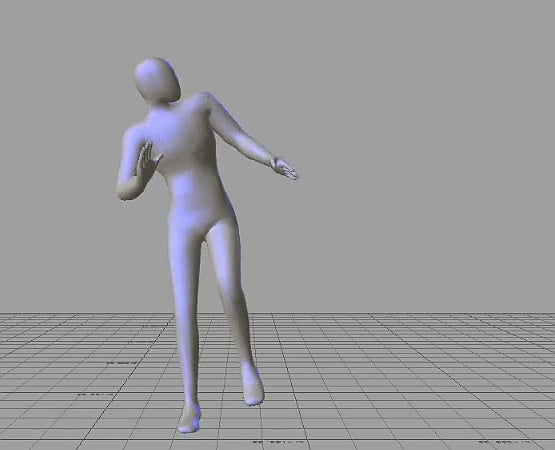 For Fred Astaire, it was best done cheek to cheek. Madonna made it all about getting into the groove. And Outkast advocated shaking it like a Polaroid picture. Dancing can take many different forms. But which is proven to attract more members of the opposite sex? Science has been silent on the subject until now.

Psychologists at Northumbria University in Newcastle, the U.K., say they have used avatars shimmying to computer-generated dance sequences to pinpoint the moves most likely to win over women, reports LiveScience.

They recruited 19 men between the ages of 18 and 35 to bob to a German dance track while reflectors attached to the men’s clothing recorded their moves. The psychologists then used the motions logged by the reflectors to craft avatars – the same method the makers of Lord of the Rings employed to create the character Gollum, if you’re wondering – and then asked several dozen heterosexual women to rate the avatars. By having women watch 15-second snippets of faceless white creatures rather than actual men, the reasoning goes, the psychologists weeded out possible prejudices that might creep in because of physical attractiveness. (Because women are never prejudiced by looks in real life.)

The results, which appear in the online edition of the Royal Society’s Biology Letters, aren’t what you’d guess. The pelvis gets surprisingly short shrift. Instead, the researchers say, the difference between a bad dancer and good dancer comes down to the neck, torso, and right knee. Women tend to be drawn to men who move their upper bodies, use a lot of space, and vary their movements.

While the choice of German dance music is questionable, the researchers say the study is an important breakthrough. “Men all over the world will be interested to know what moves they can throw to attract women,” psychologist Nick Neave said. “If a man knows what the key moves are, he can get some training and improve his chances of attracting a female through his dance style.” Sense of rhythm not included.