With the announcement that Boeing plans to take tourists into space in five years, it was really only a matter... 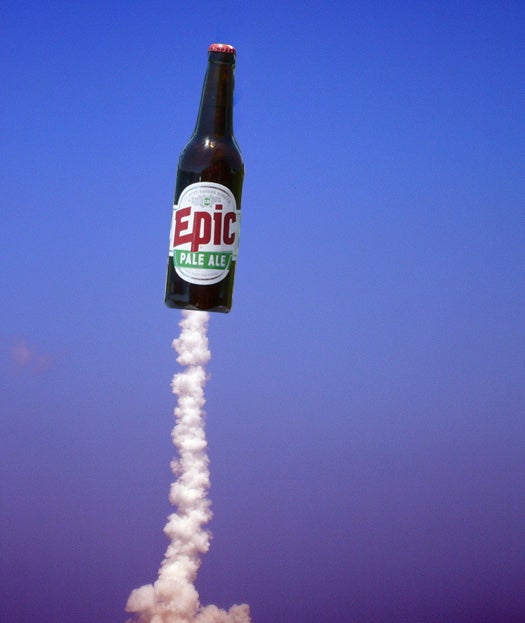 With the announcement that Boeing plans to take tourists into space in five years, it was really only a matter of time before somebody started thinking about refreshments. Because where would space tourism be without space beer? Luckily, Astronauts4Hire, a non-profit space research corporation, has the situation in hand. They are about to test an Australian beer that’s brewed and bottled especially for consumption in microgravity.

One of the problems experienced by astronauts is numbing of the taste buds, causing even the finest Earth beer to taste bland. Astronauts have been known to douse their food in hot sauce when on missions to make it tastier. According to Ben Corbin, PR director for Astronauts4Hire, this particular brew is a stout with all the naturally darker chocolaty flavors amplified for the astronauts’ less-than-refined palates.

The carbonation in beer also poses a problem for drinkers in space. Bubbles that normally rise up and escape from a beverage on Earth simply stagnate in microgravity. Without the buoyancy force that Earth’s gravity provides, carbon dioxide stays in the liquid and prevents astronauts from burping, adding additional discomfort to the lives of people whose fingernails already come off inside their gloves. To combat this, the carbonation of this beer will be lower than most. Since this is a stout, though, which naturally has less carbonation than lighter beers, not too much has to be sacrificed.

Testing for the space beer will begin this November in the simulated weightless environment on board Zero Gravity Corporation’s Boeing airplane. Specially designed packaging will prevent it from spraying all over the place and ruining space station equipment, but at present Corbin says he is “not at liberty to talk about” that.