America may have taken her first steps in what is sure to be a long, incremental, and sometimes painful shift... 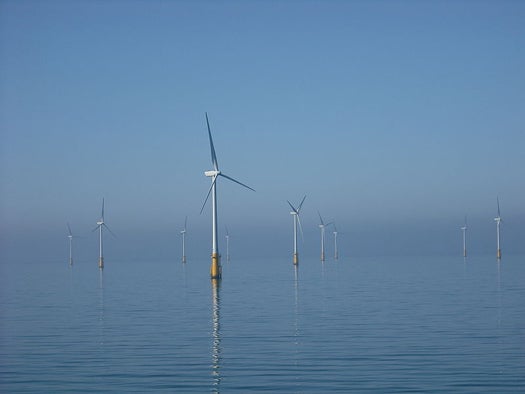 America may have taken her first steps in what is sure to be a long, incremental, and sometimes painful shift toward a large-scale clean energy future. Interior Secretary Ken Salazar finally approved the Cape Wind project today, allowing for the construction of 130 turbines at Horseshoe Shoal south of Cape Cod.

The project will be the first major offshore wind project backed by the federal government, and if successful it might not be the last. Salazar said today that Cape Wind is only the first of many wind projects that will dot the Atlantic coast, piping carbon-free electricity back to shore for use in public power grids.

Cape Wind has been mired in red tape for nine years, mostly facing opposition from local Native American tribes, environmental groups, and property owners along the sound fearful that the turbines would mar their (quite expensive) oceanside views. But geographic factors — water depth, natural shelter from the open sea, and distance from dry land — make it an ideal spot to flip wind into electricity.

Cape Wind’s turbines should churn out power equivalent to a medium-sized coal plant. That’s enough to power three-quarters of the homes and businesses on the cape and nearby islands. Salazar said the environmental impact would be that of pulling 175,000 cars off the road.

But the greater impact is yet to be seen. If Cape Wind can manage to dodge the lawsuits that are surely coming, demonstrate a reasonable level of courtesy toward native ecosystems, and start producing renewable energy in the next few years, America will have her first proving ground for large-scale offshore wind energy. A success at Cape Wind could lead to a smattering of offshore wind projects all along the East Coast by decade’s end.

If you’re a real optimist, today’s approval of Cape Wind could signal the beginning of the American government’s tangible commitment to finding and exploiting renewable energy resources within — and along — our own shores. We’re not popping the champagne just yet, but if Cape Wind succeeds the political fallout could be a boon for green tech proponents.

If opponents don’t tie the project up too badly with litigation, construction on Cape Wind could begin within the year.