Inhalable Chocolate Paves the Way for a Safer TB Vaccine

In 2007, David Edwards, a biomedical engineer at Harvard University, gave his students a project: Develop a way to inhale... 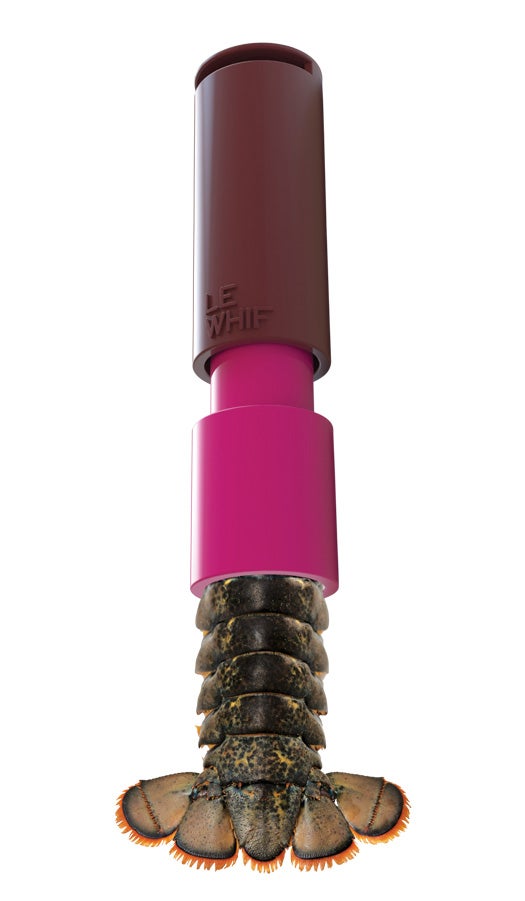 In 2007, David Edwards, a biomedical engineer at Harvard University, gave his students a project: Develop a way to inhale food, rather than chewing and swallowing it. “They took a whiff of everything from pepper to carrots and coughed a lot,” Edwards says. Last fall, he introduced Le Whif, a lipstick-size inhaler that drops a delicious, one-calorie chocolate taste on your tongue.

A three-pack of chocolate Le Whif inhalers costs $9. Future flavors could include coffee and lobster.

Each Le Whif is filled with a few hundred milligrams of cocoa particles engineered small enough to be moved by your breath yet too big to make it to the lungs. As you breathe in, the powder travels through a mouthpiece that directs the cocoa to your tongue instead of the back of your throat. Edwards also plans to powderize lobster shells and other foods so people can taste foods that they otherwise wouldn’t ingest.

Now he is adapting the tech to make an inhalable tuberculosis vaccine that doesn’t need refrigeration. As with chocolate, he creates the particles by spraying a watery mix of the drug BCG into a hot drum, which evaporates all the moisture, leaving behind powder—except with BCG, he makes the particles small enough that they can enter the lungs. Edwards’s nonprofit organization MEND (Medicine in Need) moved the TB inhaler into clinical trials in 2008 and hopes to make the airborne inoculation available within the next four years.