Synthetic Alcohol Gives Drinkers a Buzz Minus the Hangover, Addiction

Still feeling the sting of New Year’s Eve all these days later? A synthetic alcohol substitute developed from chemicals similar... 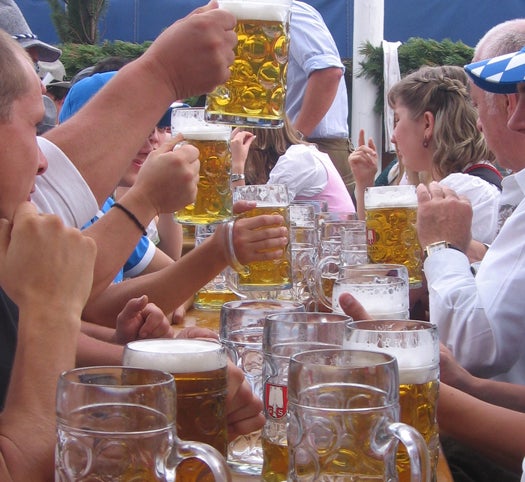 Still feeling the sting of New Year’s Eve all these days later? A synthetic alcohol substitute developed from chemicals similar in composition to Valium could give users the pleasant feelings of tipsiness without affecting the parts of the brain that lead to barroom brawls, crippling addiction, and sleeping in your car.

Unlike all those bunk point-of-sale hangover remedies, this headache-eluding synthetic is being developed by some serious brainpower at Imperial College London. Professor David Nutt, one of Britain’s top drug experts, was recently relieved of his position as a government advisor for comments about cannabis and MDMA. Now, he’s trying to change the way Britons think, and feel, about getting drunk.

By harnessing benzodiazepines like diazepam, the chief ingredient in anti-anxiety med Valium, Nutt sees a future of drinking without becoming addicted, belligerent or — and here’s the kicker — intoxicated. Using one of thousands of possible benzos, researchers are working to tailor a colorless, tasteless synthetic that could eventually replace the alcohol content in beer, wine and liquor.

Drinkers could toss back as many glasses of the swill as they want but would remain only mildly drunk from first drink to last, keeping good-timers within legal limits whether they like it or not. If one did find the buzz too intense for a particular task — say, driving home after a long night at the pub — those warm feelings of inebriation could be instantly turned off with a simple antidote pill that mutes the synthetic’s effects on brain receptors.

The skeptics (and delinquents) among us wonder exactly why Nutt and company think that people who enjoy getting roaring drunk would voluntarily switch to a tipple that lacks the knock-down power of authentic alcohol, but as a matter of public health it’s not such a far-fetched idea. After all, alcohol has been both a bringer of good cheer and destroyer of lives for thousands of years now, and a 21st-century update to an ancient favorite could be in order. In the meantime, we’re sticking with scotch.