Cocaine’s a hell of a drug, and even more so when laced with another drug that’s commonly used to deworm... 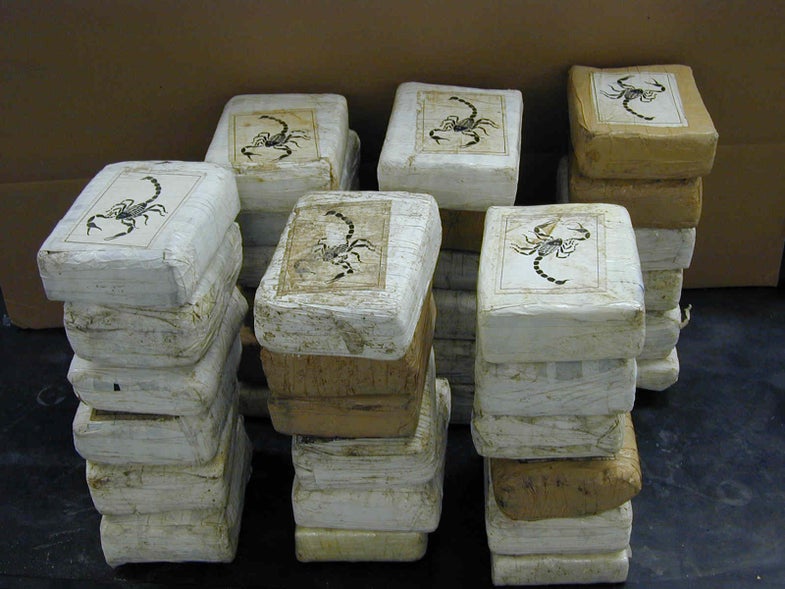 Cocaine’s a hell of a drug, and even more so when laced with another drug that’s commonly used to deworm opossums. Federal agents have found that 69 percent of cocaine shipments seized entering the United States contain levamisole, a veterinary drug linked to serious weakening of the immune system in humans. Here’s the real funny part: no one knows why.

This comes from a recent report by the Centers for Disease Control and Prevention (CDC) on the immune system condition, known as agranulocytosis. The paper tracks 21 cases from New Mexico and Washington State linked to cocaine, including one death, but cautions that many more cases have probably gone under the radar of public health officials.

The Drug Enforcement Administration (DEA) also noted that 69 percent of cocaine shipments seized as of July 2009 contained levamisole. The CDC has since launched a national surveillance effort to continue monitoring the levamisole link to cocaine.

Perhaps as a sign of the times, the toxicology report from the death of DJ AM in August revealed that the celebrity’s body contained both cocaine and levamisole, along with a lethal cocktail of other drugs such as Oxycontin, Vicodin, Xanax, Ativan, Klonopin, and Benadryl.

A earlier paper unearthed by the Wall Street Journal Health Blog speculated that cocaine producers or suppliers might believe that levamisole enhances cocaine’s psychoactive effects, or offsets the drug’s less-fun side effects.

If you were looking for a chance to kick the cocaine habit, now seems as good a time as any — especially with a possible cocaine vaccine on the horizon. But we’d advise opossum owners to avoid cocaine as a substitute for deworming their pet.