Shell’s New Ships Will Dwarf Everything on the High Seas

The energy giant's 600,000-ton megaships will process natural gas and shrug off typhoons 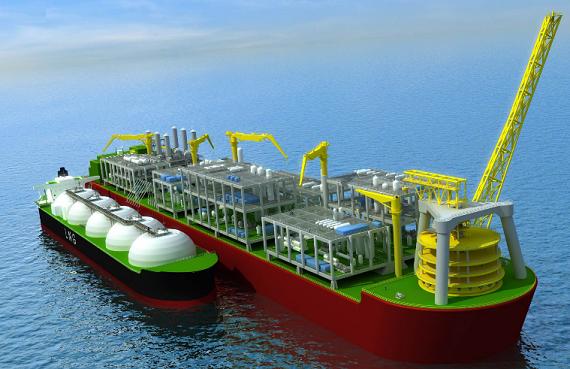 I drink your milkshake

The Floating Liquid Natural Gas (FLNG) ships would weigh in at 600,000 metric tons and extend 480 meters long, the largest ships ever built. The Register reports that only the decommissioned French Batillus-class tankers could claim being a tad larger by an alternative gross tonnage method, but adds that the FLNG ships still win out by most measures.

Such a monster ship would be able to reach “stranded” gas fields far out in the oceans, whereas usual operations require long undersea pipelines to reach the gas fields. The mobile gas processing planet also has the advantage of not going obsolete when gas fields run dry. First stop: the Prelude and Concerto gas fields off the northwestern coast of Australia.

Shell has yet to make a final investment decision on the monster ships. But future demand from hungry energy consumers seems likely to drive Shell and other energy companies to continue expanding their operations. And besides, such a megaship would sure beat the old Exxon Valdez as the future Smoker headquarters in Waterworld.