Are Men Or Women More Likely To Be Hit By Lightning? 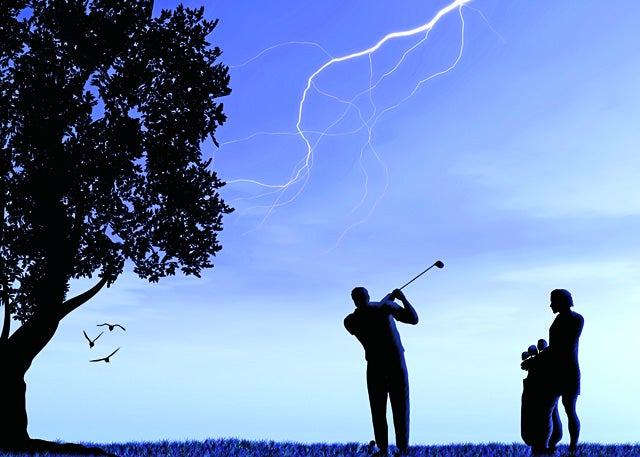 The numbers tell the story: Of the 648 people killed by lightning in the U.S. from 1995 to 2008, 82 percent were male. And as much as we were hoping to uncover a biological cause—extra iron in the male cranium, perhaps, or the conductive properties of testosterone—it turns out men are… just kind of stupid. “Men take more risks in lightning storms,” says John Jensenius, a lightning safety expert with the National Weather Service.

Men are less willing to give up what they’re doing just because of a little inclement weather, Jensenius says, and will continue to engage in pastimes that make them vulnerable, such as fishing, camping and golfing. Recreational or sports-related activities are involved in almost half of all lightning-related deaths.

Peter Todd, a behavioral psychologist at Indiana University, suspects the difference between the sexes boils down to the basic risk-versus-reward systems that have been part of our biological wiring for thousands of years. For women, Todd explains, the priorities are to protect one’s reproductive role and to care for offspring, which outweighs any inclination to attract potential mates by exhibiting bold behavior.

But for men, Todd says, the risk of getting struck by lightning could be outweighed by the reward of proving to other men—and potential female mates—that they’re not afraid of getting struck by lightning. This is particularly true for young men, who have the most to gain by impressing others, thereby raising their status as attractive, daring, healthy mates in the dating pool. And then, zap!

Ask Us Anything
lightning
October 2009
Science