The Dissection: A Home Electric Meter 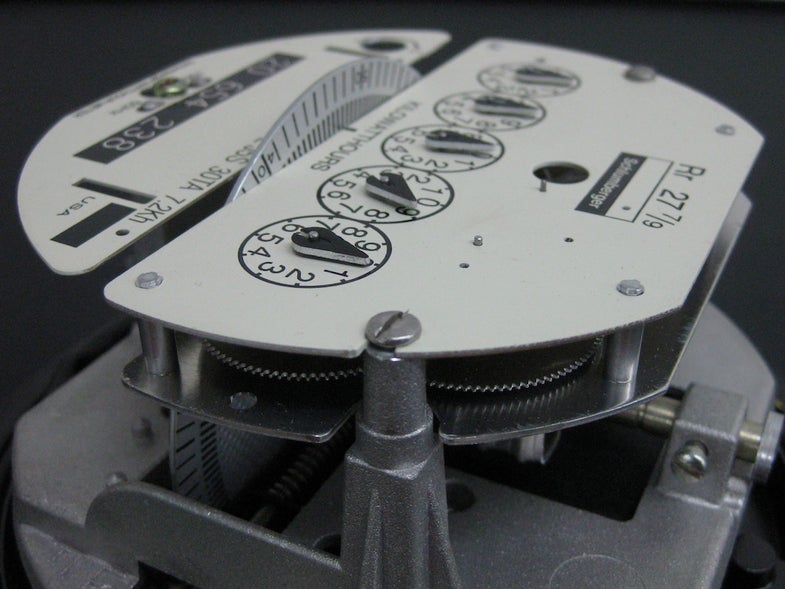 You remember calculus, right? In a time before mechanized computing was performed by computers, complex (or sometimes just clever) machines were used to automate calculations. One example that has always impressed and fascinated me is the wheel-and-disk integrator, a simple machine capable of solving the calculus equations you labored over in high school without breaking a sweat. While this concept was used most impressively in Vannevar Bush’s differential analyzer, an analog computer built in 1931, the chances are good that you’ve seen one in a more mundane application around your house: the power meter. Click on the photo gallery to see inside one and how it works, and follow the jump for more in-depth electro-geekery.

The mechanical style of electric meter makes use of the wheel-and-disk integrator [1] concept to calculate the amount of energy used by a home or business. Recall from your basic electricity concepts Ohm’s Law, which tells us that P = VI; that is, the instantaneous Power (P) passing through a circuit element (such as the entire electric load of a house) at any given moment is equal to the Voltage (V) potential across that element multiplied by the Current (I) passing through that element [2]. Now, were we to represent that quantity of Power in some way and then to take the sum of each instantaneous power value over a period of time, we would have the amount of power used during that period of time. This is known as Energy, and energy consumption is what is measured by a power meter.

Here is how the power meter does it:

2. Voltage across the meter (and therefore across the entire house’s circuitry) is also measured. Another coil—essentially half of a transformer—sets up another changing magnetic field which represents the voltage.

4. A phenomenon known as an eddy current, which is beyond the scope of this post, causes that wheel to move in the presence of the changing magnetic field, even though the conductive wheel itself is not magnetic. All of the components involved are sized such that the magnitude of the magnetic field being produced by the sum of the Current and Voltage magnetic fields results in a speed of rotation in the wheel that’s proportional to the product of current and voltage. In other words, the big wheel is spinning at a rate proportional to the amount of power being consumed at any moment.

5. The rotation of that wheel, and the shaft which supports it, turns a system of gears. The gears and their attached indicator wheels function as an accumulator; the total amount of power used is recorded because the instantaneous power used is continually being added to the running count. The system of gears is sized by factors of 10, which creates a multi-digit display in much the same way that an odometer works in a car. In the case of this meter, five significant digits are stored and represented by these geared counters.

In this way, instantaneous power consumption is continually translated into mechanical movement and accumulated, recording the amount of energy used.

[1] The wheel-and-disk mechaism used in the power meter is referred to as an integrator. Take a moment to peruse the wikipedia article on Integrals before continuing if you are not familiar with basic calculus concepts. In calculus, a finite integral is akin to the sum of the area under a continuous curve, or the limit of the sum of the f(x) values of all points on the curve as the interval between points approaches 0. Because the speed of the spinning wheel represents the f(x) value and the geared counter counts those rotations, the power meter calculates the area under a curve, or the finite integral. This concept was initially developed by J. H. Hermann, refined by James Maxwell, and refined again by James Thomson (older brother of William Thomson, aka Lord Kelvin). After adding the crucial innovation of a torque multiplier, allowing multiple stages of these wheel-and-disk integrators to be chained together, Vannevar Bush made impressive and practical use of the concept in his differential analyzer.

[2] Current is measured and talked about as passing through things. Voltage is measured as a difference between two points. So, we have current through a point and voltage at a point (relative to another point). Accordingly, we talk about current and voltage differently.

[3] The vector sum actually, since magnetic fields have directions as well as magnitudes. 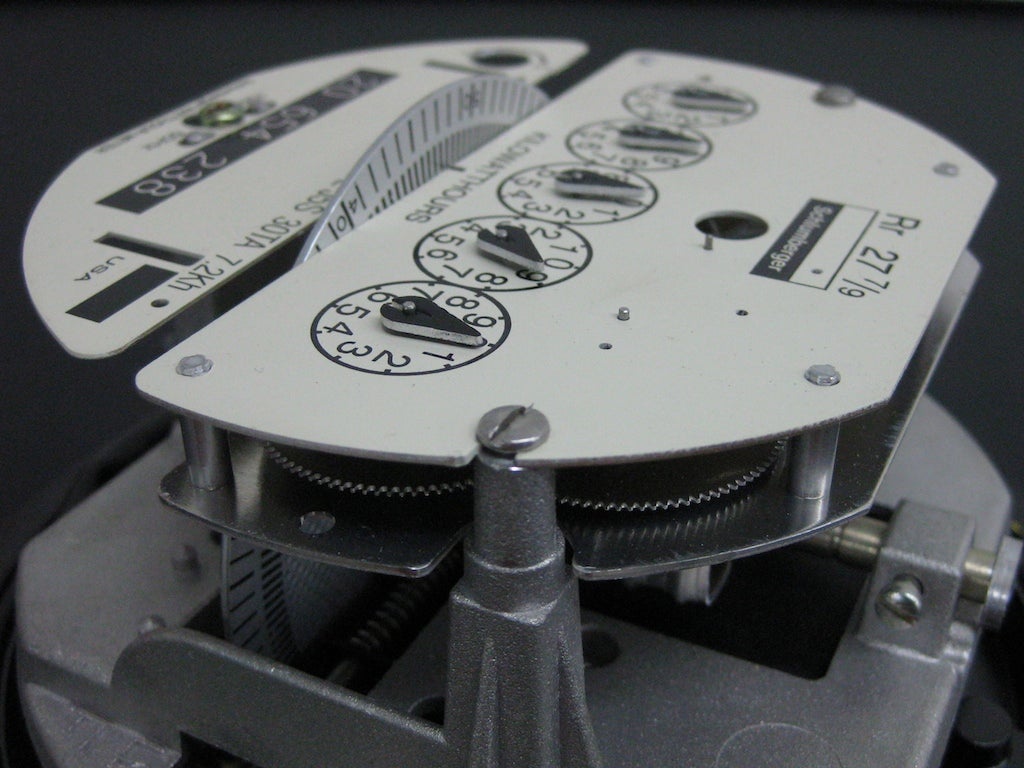 An unsuspecting electric meter, waiting to be dissected. 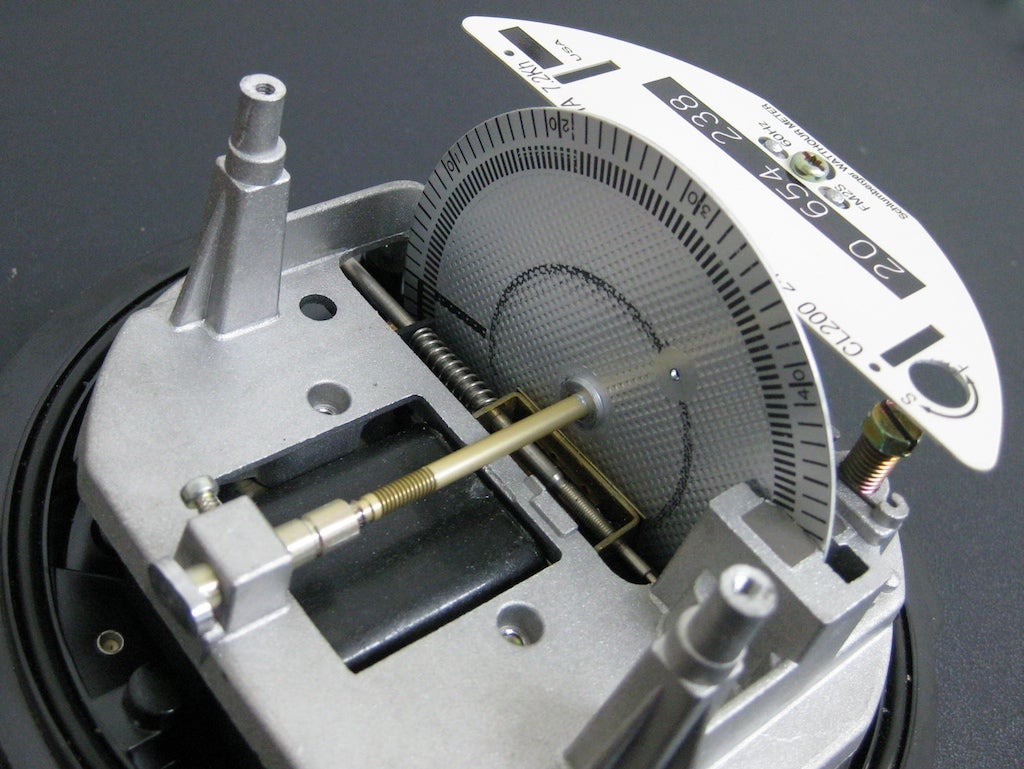 With the counter assembly removed, the aluminum wheel is exposed. This is where the action happens; the wheel is driven at a speed that reflects the amount of Power currently being used. The gold colored shaft in the center of the wheel is how the revolutions are transmitted to the counter and accumulated. 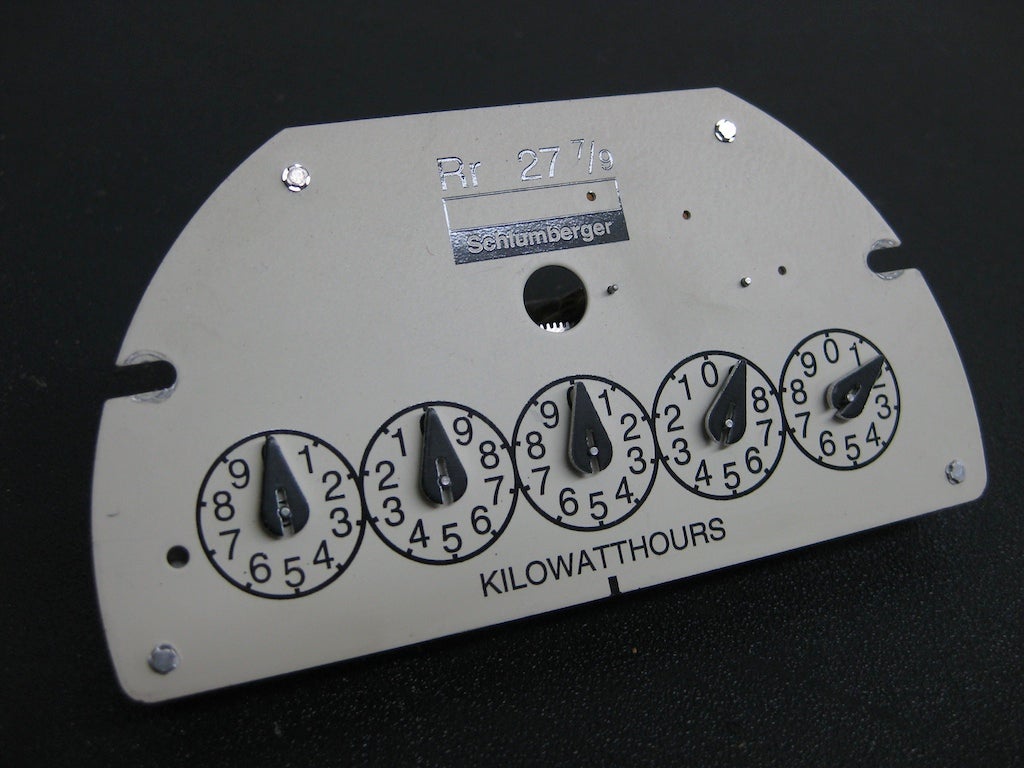 Energy usage is reflected on these dials, which count the revolutions of the big aluminum wheel. 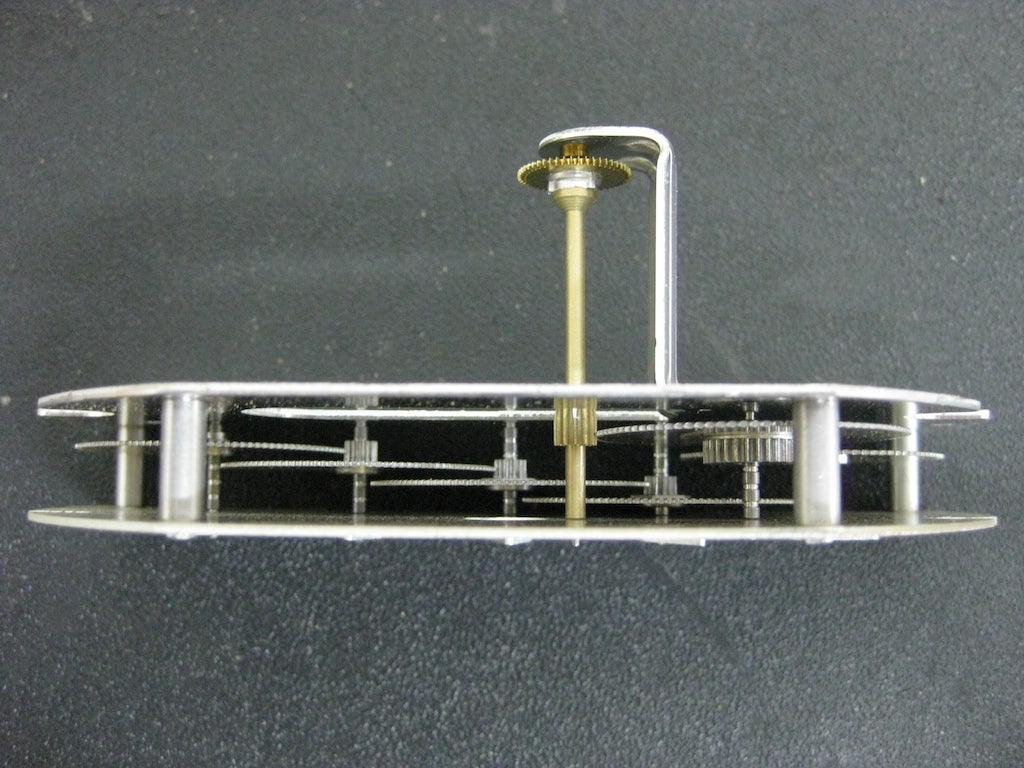 A top view of the gears driving the counter wheels. Revolutions of the shaft on which the big aluminum wheel rides turn the gold colored shaft in this picture, which in turn drives all of the counter wheels through a series of gear reductions. 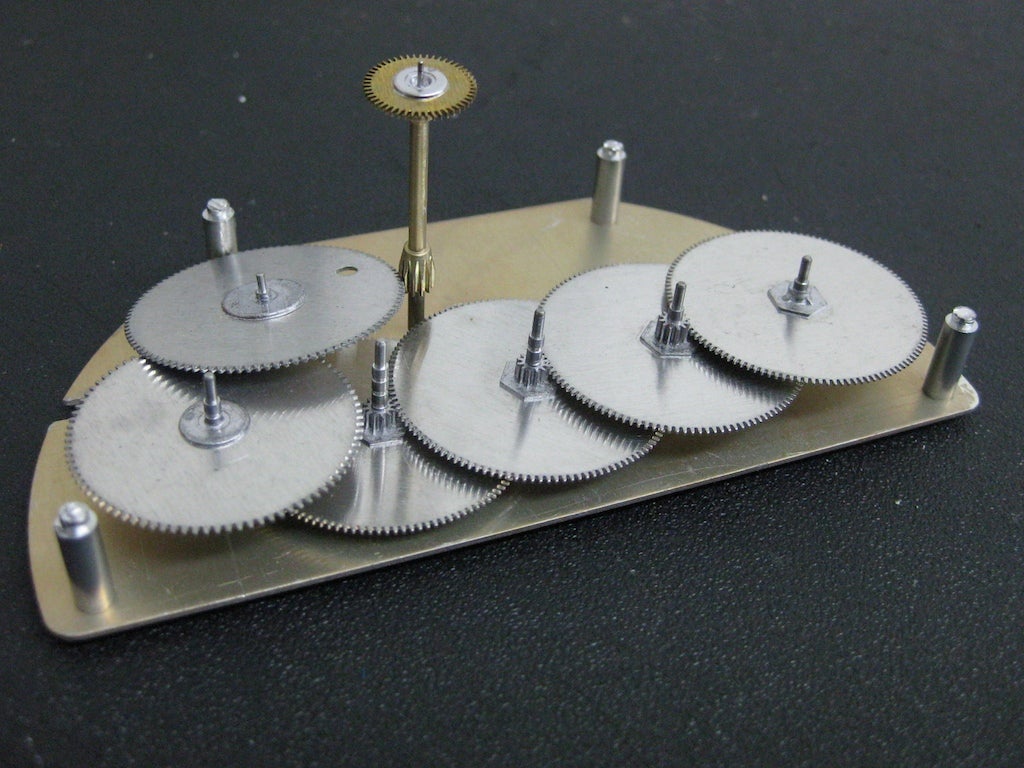 This is the back side of the counter dials, where the gearing that makes it count lives. Each gear is sized by a factor of 10 to it’s neighbors. Observing the simplicity of this gearing will explain why the direction of rotation is reversed for every other dial on the counter face. 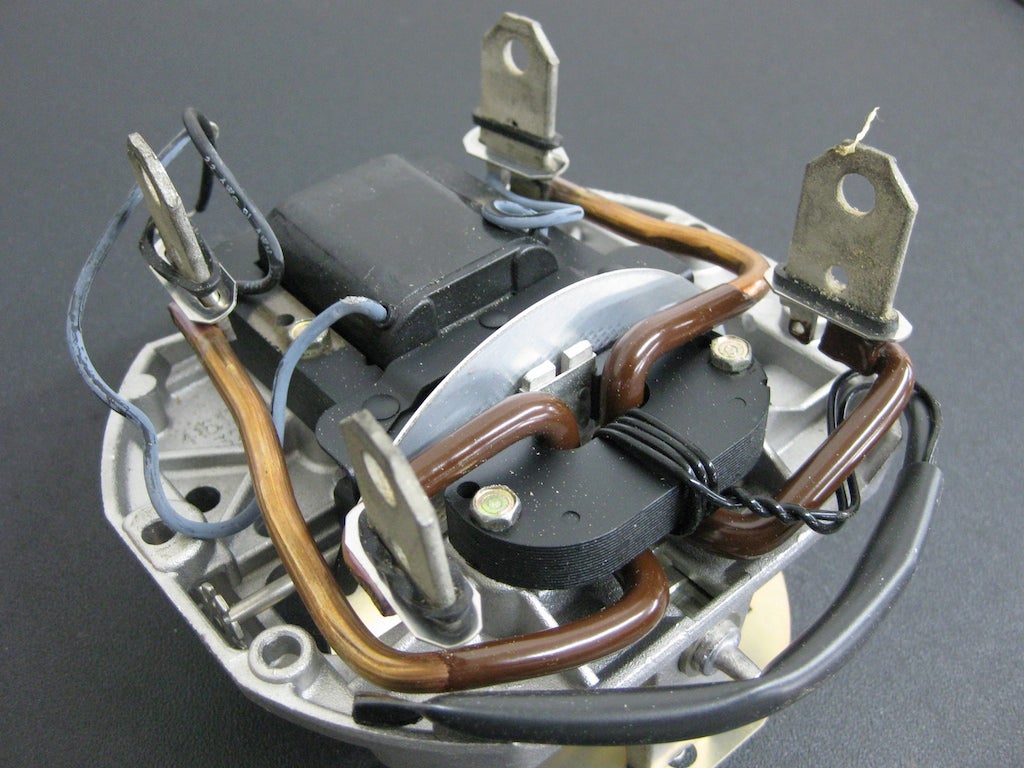 On the back of the meter are the electrical connections to the house’s circuitry and the coils that drive the spinning aluminum wheel. The amount of current passing through these large conductors controls the speed of rotation of the wheel. 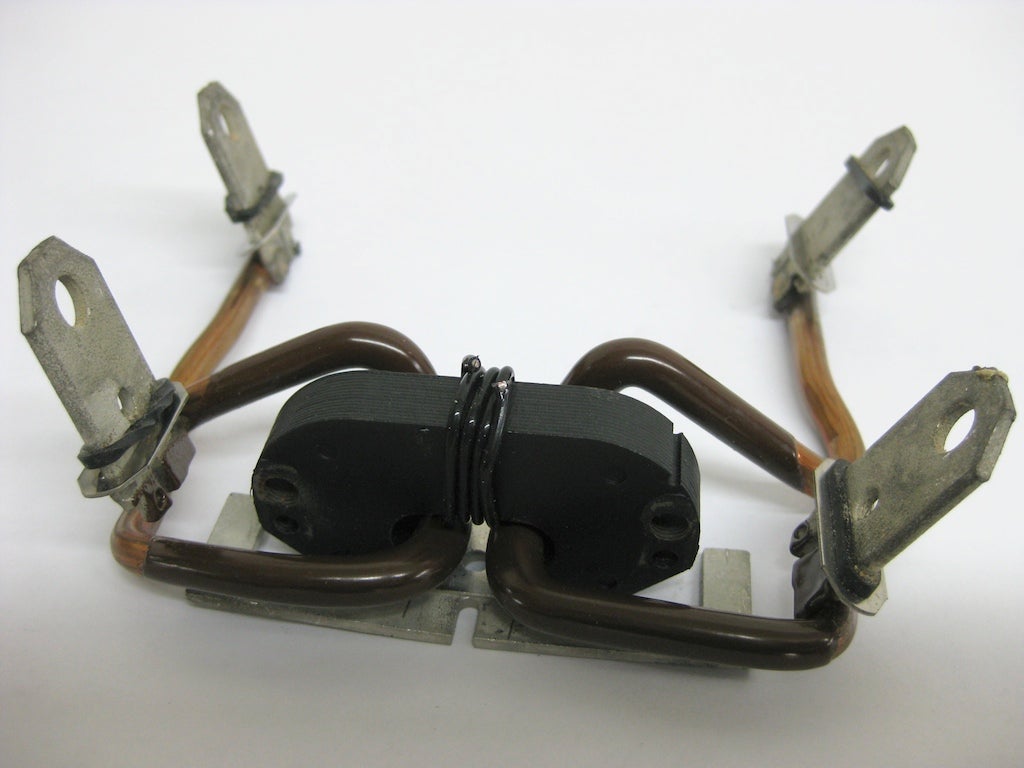 This is an unobscured view of the essential part of an electric meter. Current passing through these conductors and around the magnet provides the key part in controlling the speed of the spinning aluminum wheel, which indicates power usage.
calculus
dissection
DIY
electric
electricity