Trained Police Rats Sniff Out Crime In The Netherlands

The rats, all named after fictional detectives, can identify the distinct criminal odors of gunpowder, drugs and more. For cheap. 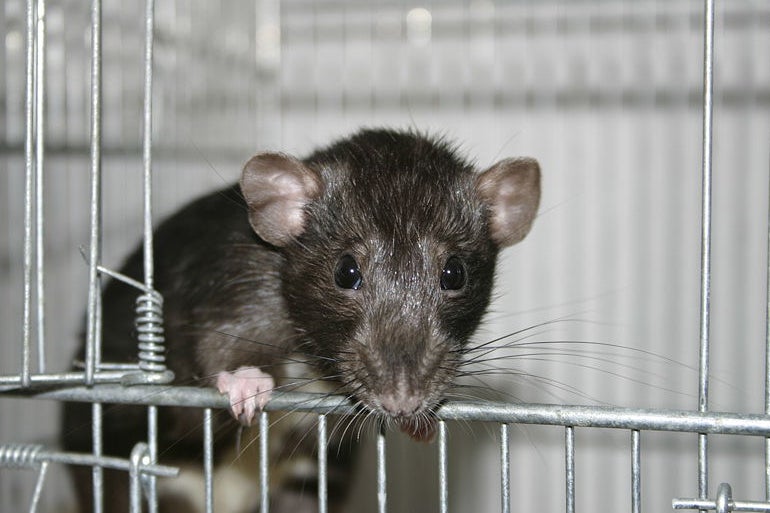 In Rotterdam, the second-largest city in the Netherlands, rats are more than just scurrying subway pests. They’re trained crime fighters.

The Dutch police have begun training rats to identify certain smells, just like drug-sniffing dogs. They’re quick learners, according to Monique Hamerslag, who heads the project. “They need barely 10 to 15 days to learn to distinguish a certain smell,” she told AFP. Plus, rats cost far less than trained dogs, both to buy and to house. (No need to take your rat for long walks in the park.)

The first rat cadet class–Derrick, Thomson, Thompson, Magnum, and Poirot, all named after fictional detectives–have been training for the past two years. Derrick has the accuracy of a finely-tuned machine–a 98.8 percent success rate, according to Spiegel Online.

As awesome as the rats’ detection abilities are, though, they probably won’t ever be able to supplant the canine sniffer entirely. Rats are cautious animals, and don’t like to go barging into unfamiliar situations to sniff out a body or find drugs. Instead, the police bring the smells to their cages, presenting them with samples of things like potentially gunpowder-ridden clothing, to figure out what to test first. Derrick and his buds haven’t been let loose on any real police work yet, but they’ll hopefully be trained, tested and on the job by sometime next year.