Insurer Must Pay For Exoskeleton, Says Medical Review Board 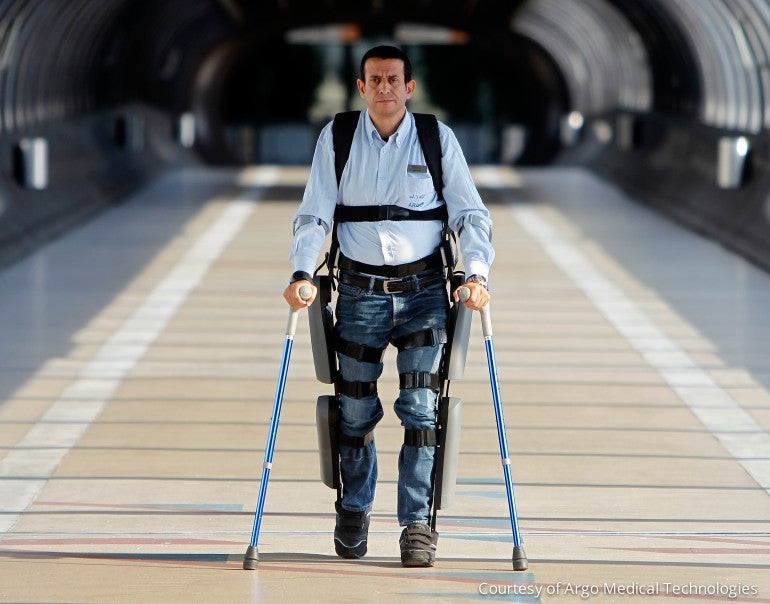 The ReWalk Personal System is the only exoskeleton approved for use "at home and in the community" by the FDA. Argo Medical Technologies
SHARE

A medical review board has granted a ReWalk exoskeleton to a wheelchair-bound patient in the northeastern U.S.—and his insurance will pay for it, according to ReWalk. This could set a precedent for how insurance providers handle these sorts of claims, and even how they view walking.

The press release is sparse on the details. The patient is a surgeon who works in a wheelchair 11 hours per day. He filed a claim for a $69,500 ReWalk exoskeleton, the only such device approved by the FDA, which would enable him to stand and walk at work and at home. The patient’s insurance company denied the claim, but that denial was overturned by an independent medical review board, deeming that the device was medically necessary for the patient.

This decision could set a new precedent for how insurance companies address these sorts of claims in the future. Though ReWalk has been on the market since mid-2014, patients have only been able to access it through the Veterans’ Association because of the high cost. Other private insurers will likely have to approve claims for ReWalk (or other exoskeletons that go on the market in the future) because the decision implies that it’s a right for a patient to be able to walk and stand upright, as Motherboard reports.

Acknowledging a patient’s right to walk will likely grant greater access to the expensive device for more patients more quickly. Legally, ReWalk is a different type of medical device that doesn’t fit neatly into providers’ regular coverage, which means that it will take time for bureaucratic organizations to sort out how to categorize it. With this precedent established, more of the 2.2 million Americans who depend on wheelchairs might soon be upright with the (financial) support of their insurance providers and the (physical) support of the ReWalk exoskeleton.