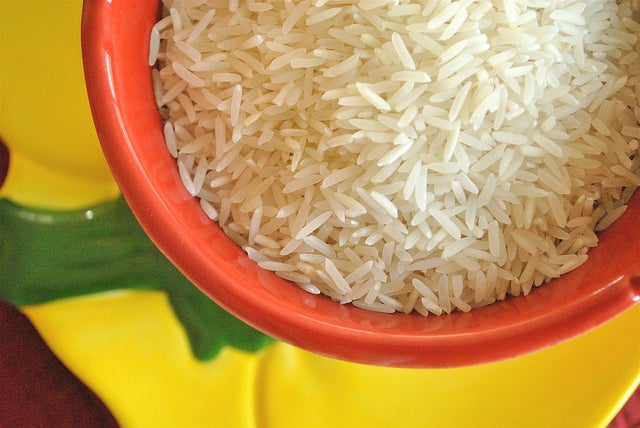 Rice, the base for cuisines all over the world, contains a lot of starch. That makes it delicious but also high in calories. While that may a boon for people who struggle to ingest enough calories each day, it’s becoming a problem for people with sedentary lifestyles who are eating too many calories. The result is a worldwide obesity crisis, and, surprisingly, the percent of obese adults is increasing faster in developing countries. Now a team of Sri Lankan researchers has devised a new way to cook rice that reduces the amount of starch–and calories–the body absorbs from rice by up to 60 percent. The researchers presented their findings this week at the meeting of the American Chemical Society in Denver.

Rice contains two types of starch: digestible and indigestible. The small intestine can’t break down the latter, which means the body can’t absorb the carbohydrates and sugars that come from it.

To convert digestible starch to indigestible, the researchers added two key steps to the process of cooking rice. First they put a teaspoon of coconut oil into boiling water before adding a half a cup of rice. The oil, the researchers explain, enters the starch granules in the rice, changing their structure to be resistant to the enzymes that would normally break down the starch during digestion.

Secondly, after the rice was done cooking, the researchers refrigerated it for 12 hours. This part is essential, the scientists say, because the cooling process expels the digestible part of the starch; once outside the rice granules, the molecules form strong bonds, turning them into indigestible starch. The amount of indigestible starch didn’t change when the rice was later reheated.

Rice contains a number of nutrients, including potassium and magnesium, and it’s not clear whether this modified cooking process affects how the body absorbs those. The researchers didn’t describe any of the changes to the rice’s taste or texture, either. But the team hopes to test different types of rice and oils to see which is the best to use with this cooking process.