Your Sandwich Is A Sodium Bomb

Here's how to defuse it 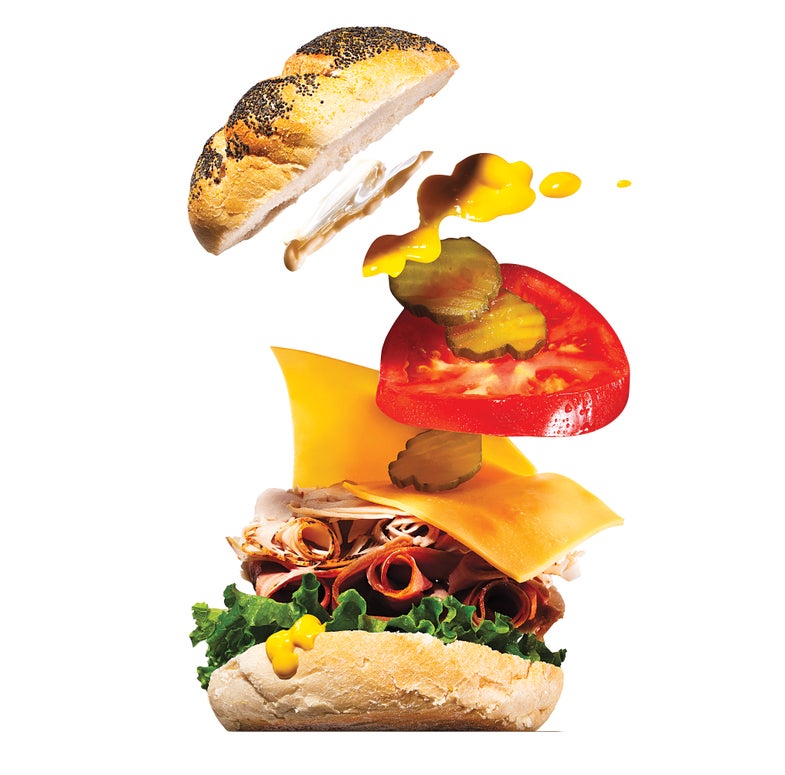 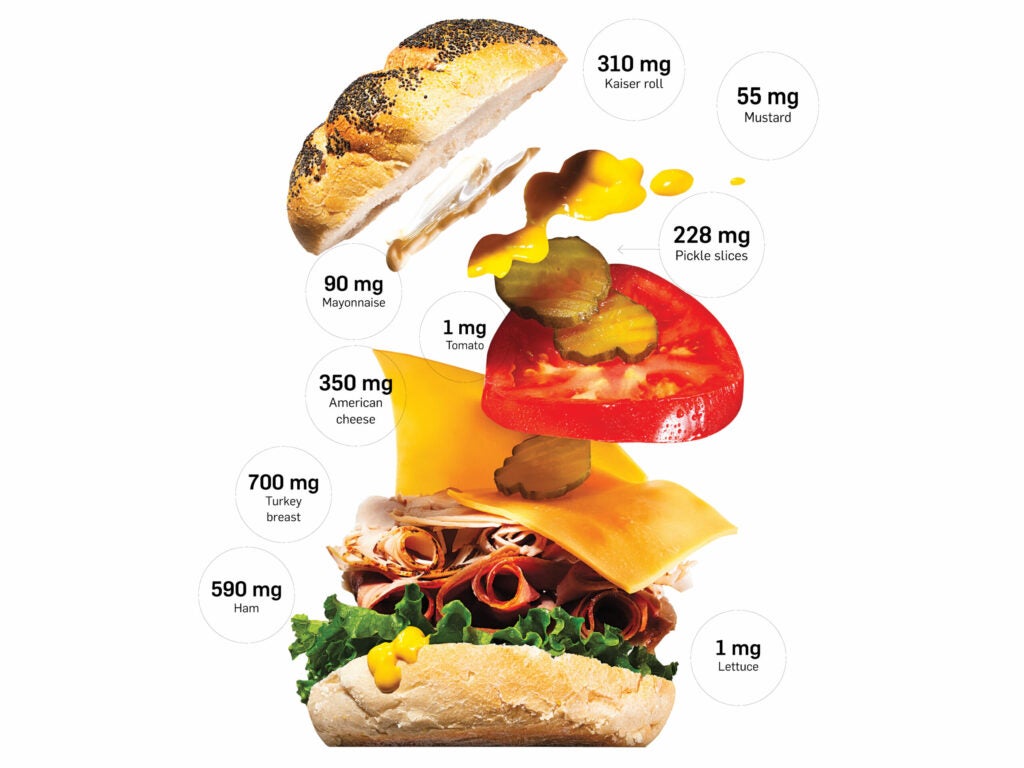 This sandwich was built with a single serving of each ingredient and adds up to 2,325 milligrams of sodium. More than half of the U.S. population—kids, adults over 50, African-Americans, and people with diabetes, hypertension, or chronic kidney disease—should aim for just 1,500 mg of sodium per day. That’s equivalent to just two-thirds of this sandwich.

Americans love their sandwiches. A recent USDA study found that 49 percent of adults eat one every day. “You’re not going to get a quicker, more economical lunch. And sandwiches can be quite healthy,” says Joan Salge Blake, a professor of nutrition at Boston University and spokesperson for the Academy of Nutrition and Dietetics.

The problem, the study revealed, is that their sodium content has gotten out of control.

A large steak sub from Quiznos, for example, contains 4,320 mg, almost twice the CDC’s daily limit of 2,300 mg. The excessive sodium in oversize portions of processed cheeses, meats, and bread raises blood pressure and, along with it, the risk of heart disease. Unless you’re buying low-sodium fixings, even a seemingly innocuous, homemade sandwich—such as the one above—can take you past your daily limit.

How To Make It Healthier

“Today’s takeout sandwiches are huge,” says Blake. “Go back to the one your grandmother would have made. Keep the bread down to what a true serving is (60 to 70 calories). Add just a few slices of lower-sodium deli meat, and top it with what we really need, which is a variety of vegetables. Since they are very low in sodium, they can dilute out the higher-sodium items.”

This article was originally published in the March 2015 issue of Popular Science, under the title “Your Lunch Is A Sodium Bomb.”