It could give us clues to how water got to Earth 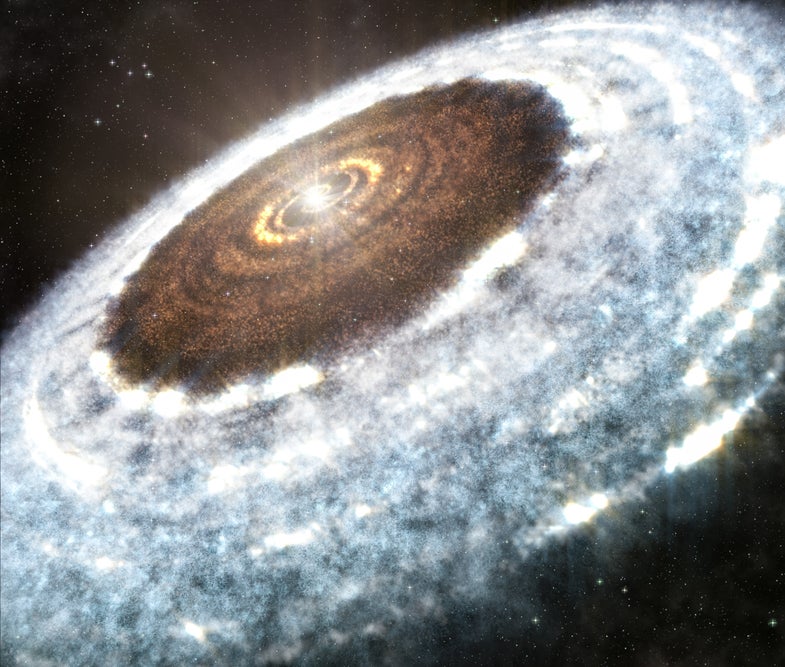 This artist’s impression of the water snowline around the young star V883 Orionis, as detected with ALMA. NRAO/AUI/NSF
SHARE

It’s an interstellar song of fire and ice. This week, researchers at the Atacama Large Millimeter/submillimeter Array (ALMA) announced that they had seen a water snow line in a young planetary disc for the first time, helped along by a heated outburst from the infant solar system’s star, V883 Orionis.

The research was published this week in the journal Nature.

This isn’t the first up-close and personal look that ALMA has gotten of infant solar system. In 2014, they captured a picture of planets forming around HL Tau. And in 2013, they captured the first image of a planetary snow line at the star TW Hydrae. That snow line was a carbon monoxide snow line instead of a water snow line, which is much more difficult to image.

A snow line in a solar system is in some ways very similar to a snow line on a mountain slope here on Earth. In some places, on a winter day, you might notice that snow is sticking to the ground at higher elevations, forming a visible line between colder highland areas and warmer lowland ones.

The idea is similar in a solar system that contains water. When the water is closer to the sun, it hangs out as a gas, floating through space, but when it gets further out, the gas sublimates or turns into a solid, forming snow in space.

Normally, because water freezes at a relatively high temperature compared to other gases, it forms the first snow line, so close to the star that astronomers here on Earth can’t detect it. But in this case, the star, V883 Orionis, went into a period of outburst, during which it suddenly heated up dramatically, pushing out the snow line far enough that astronomers could see it. The resulting snow line sits about the same distance from its star as the distance from the Sun to Pluto. 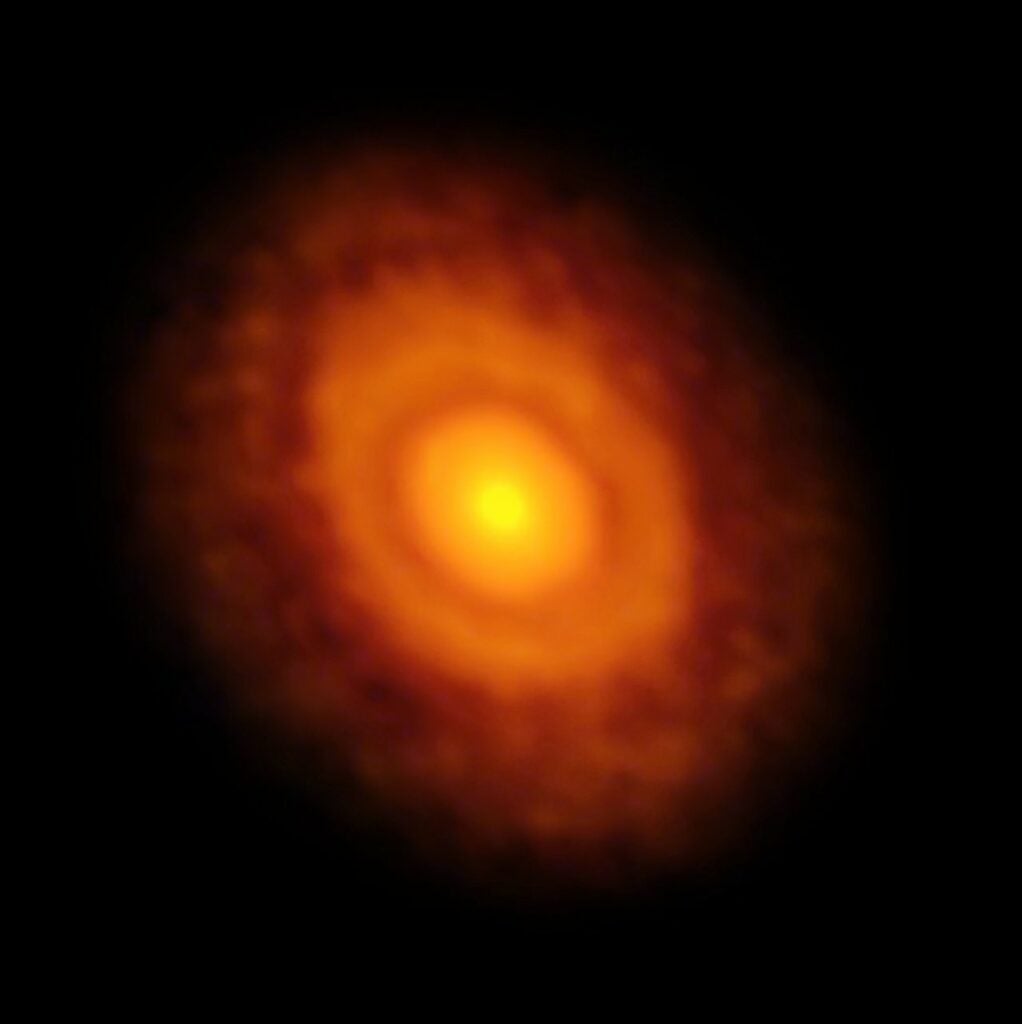 The water snow line is the dark ring in the center of the disc of matter surrounding the star. 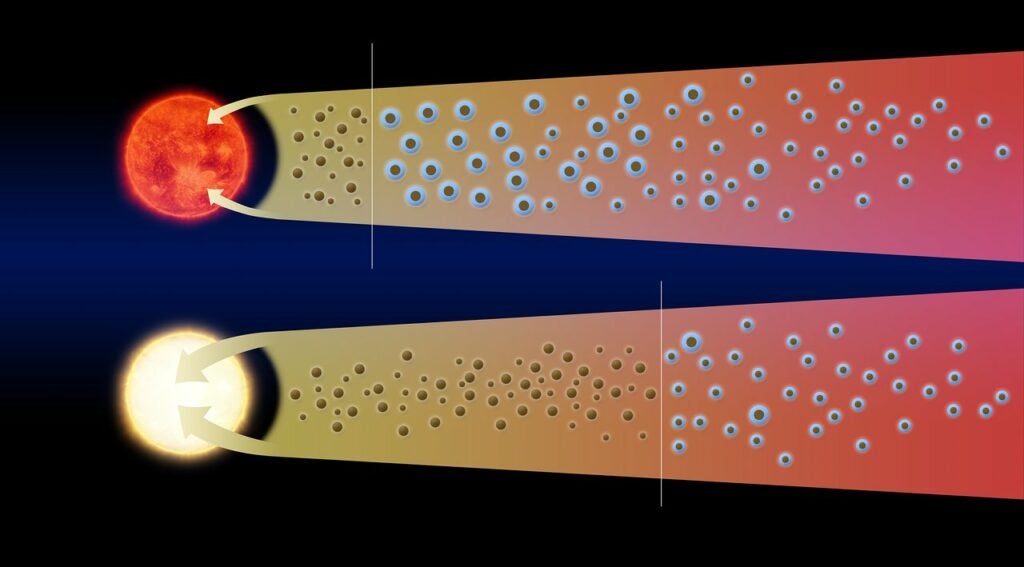 A diagram showing how the snow line expanded when the star went into outburst (below), pushing back the snow line. 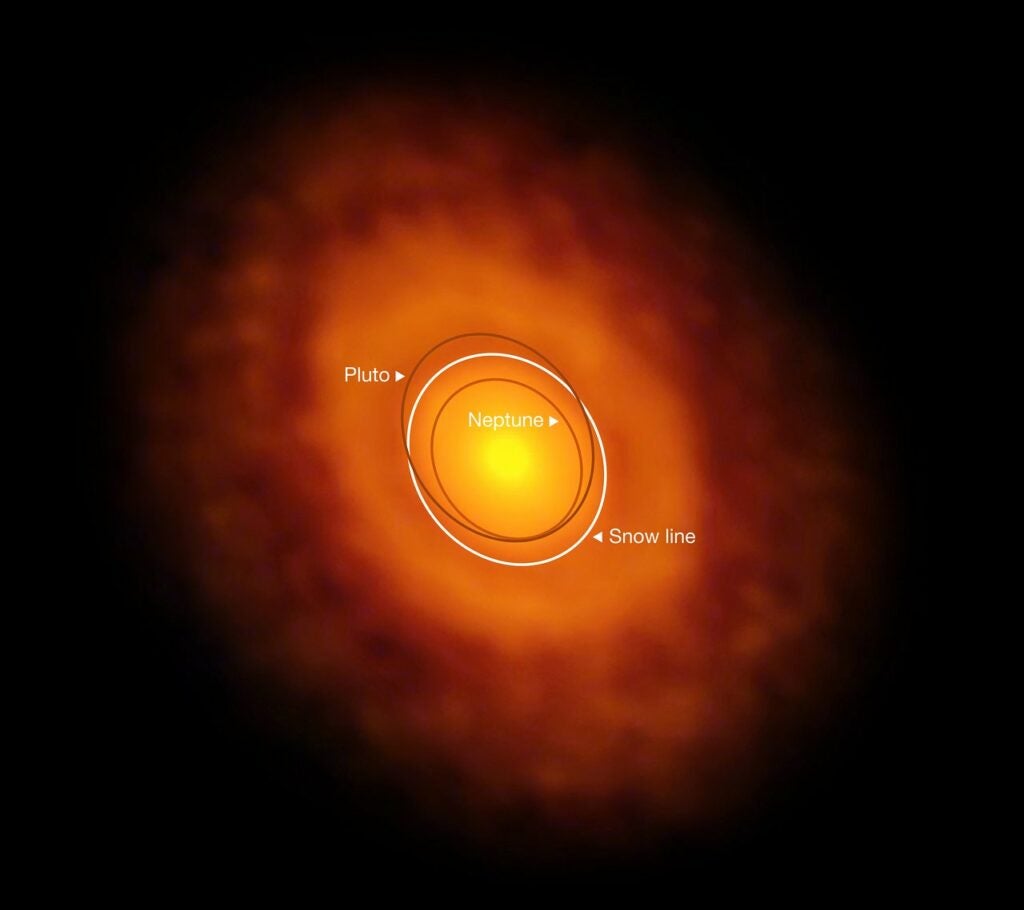 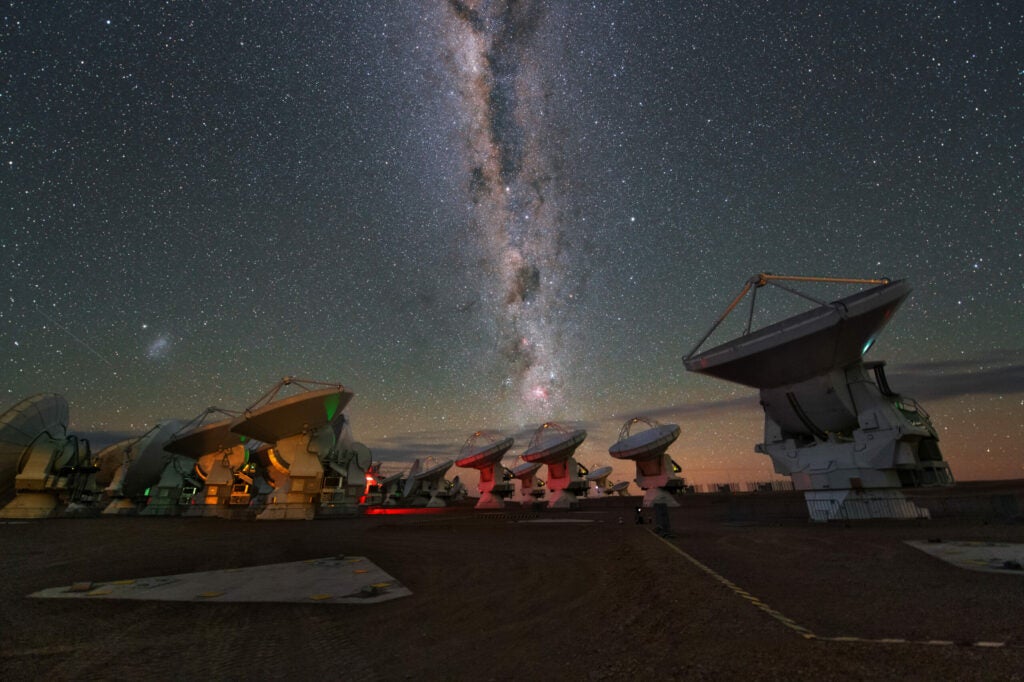