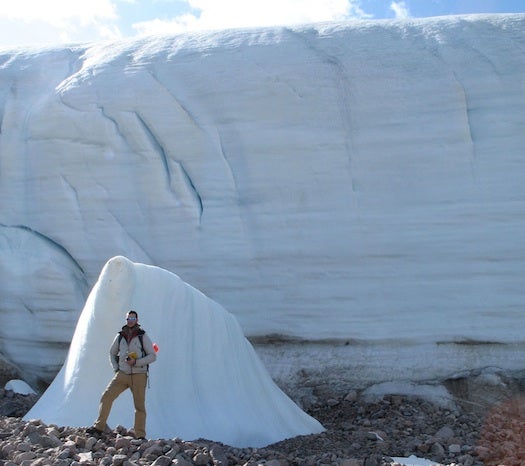 This has been in the freezer for a long time. You think it’s still good?

Kids, it is most definitely still good. Researchers have regrown mosses and other simple plants that were originally buried in a glacier 400 years ago.

The in-lab resurrection means such plants might be growing in the wild, wrote the re-growing team in a paper they published yesterday. The team, including biologists and an earth scientist from the University of Alberta, had long noticed green growth atop blackened mosses uncovered by the Teardrop Glacier in the Canadian Arctic, which they visit for research every year. Until they performed their lab study, however, they weren’t sure if the green really was new growth from ancient plants.

The regrowth shows the resilience of mosses, liverworts and other simple plants known as bryophytes, they wrote. Bryophytes are especially important to polar environments, where few plants grow. Ancient bryophytes, alongside their fresher cousins, might be recolonizing land uncovered by retreating glaciers, the researchers wrote.

The Teardrop Glacier, located on Ellesmere Island just west of Greenland, has shrunk at an accelerated rate since 2004. In 2007 and 2009, the University of Alberta team both set stakes to measure the Teardrop’s shrinkage and collected plant pieces from its retreating edge.

The researchers took the plants back to Alberta, ground up the stems and leaves they collected, and sowed the material in a few different growth media, including some potting soil like you’d buy at the hardware store. They spritzed their charges with autoclave-sterilized water every few days for a year. Thirty percent of their petri dishes grew new plant material that they were sure weren’t newer contaminants, they wrote. The regrown plants included four different species. 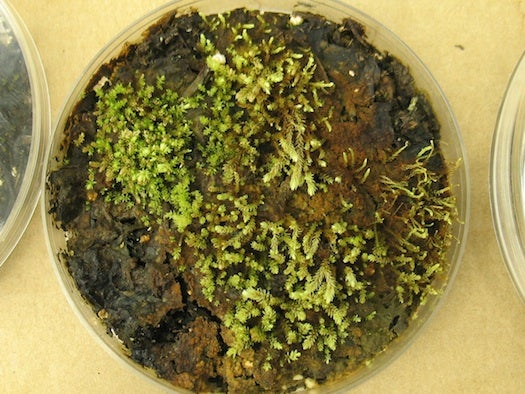 The researchers also asked a lab in California to carbon-date three plant bits from their original collection. They found their bryophytes could be anywhere from 404.5 to 614.5 years old, dating from the Little Ice Age that gripped the Earth between 1550 and 1850.

Many previous studies of mosses uncovered by retreating glaciers have found the mosses were dead, the University of Alberta team wrote. One other team of researchers has been successful in reviving a frozen plant, however. Last year, Russian scientists reported growing this cute Arctic flower—a plant that’s much more complex than bryophytes—from a seed buried 31,800 years ago. The flower regrowing process was much more complicated, requiring the researchers to clone tissue from the seed.

Bryophytes have a couple of characteristics that may help them with their Rip Van Winkle-style reawakening. Their cells are able to go into a stem cell-like state, so they can re-start development. They are also able to shut down when they’re dried out, and revive when they’re exposed to water again. Long-frozen bryophytes might be a previously unknown source of genetic diversity among plants on Earth, the researchers wrote.

The newest bryophyte paper was published in the journal the Proceedings of the National Academy of Sciences.