FYI: Why Do We Hate The Sound Of Nails On A Chalkboard? 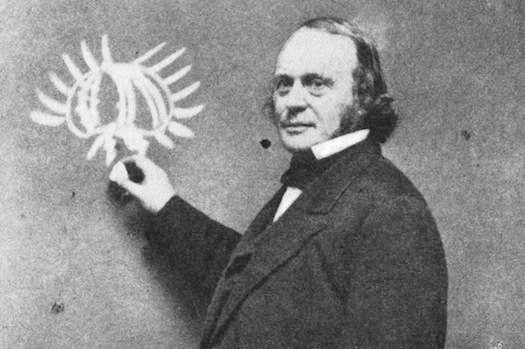 Most people associate this cringe-worthy noise with words like “piercing” and “shrilling.” But it isn’t actually the sound’s high-pitched tones that give us goose bumps. During a study that dates back to 1986 (the days when they actually used chalkboards), scientists at Northwestern University tested this theory by removing different frequencies from recordings of nails scratching a chalkboard. These scientists, Randolph Blake, D. Lynn Halpern and James Hillenbrand, asked subjects to rate a series of individual sounds based on unpleasantness. They found that eliminating the highest frequencies from recordings did not improve unpleasantness. Instead, when they removed frequencies from the middle or low spectrum of the sound, subjects gave more positive ratings than when all of the frequencies remained.

Years later, in Austria and Germany in 2011, musicologists Michael Oehler and Christoph Reuters found that frequencies causing the most aversion lay between 2000 and 4000 Hz, the range in which our ear amplifies sound the most. Oehler and Reuters conducted a study with 24 subjects, none of whom were experts or professional musicians. Each subject listened to a series of eight sounds in a random order and rated them from one to six (1=most pleasant, 6=most unpleasant). Each of the eight sounds was a modified version of the sound of nails on a chalkboard—the scientists either removed frequencies or modified tones and pitches in each of the stimuli.

The scientists also considered physiological reactions to the stimuli in the study by measuring subjects’ skin conductance, heart rate and respiratory influences as they listened to the recordings. Finally, they analyzed psychological factors, differentiating between subjects who had knowledge of sound origins and those who did not. Study group “A” knew that the sounds originated from recordings of nails on a chalkboard, while the scientists told group “B” that the recordings were parts of a musical composition. Oehler and Reuter found that there was no significant difference in physiological reactions between the two groups during the study. The difference was in the ratings, which proved harsher if the subject knew he was hearing the sound of nails on a chalkboard.

But that’s not to say our aversion to sound is completely conditioned. Removing frequencies between 2000 to 4000 Hz still makes an offending noise a little more bearable.

“Our ear is very sensitive to sound in that frequency range,” Oehler says.

John McDermott, a scientist and professor in the Department of Brain and Cognitive Sciences at MIT, further analyzed the topic while conducting research in 2012. He adds that the two most aversive aspects of a sound are sharpness—caused by high frequencies—and roughness—caused by fluctuation of frequency intensity. Since previous scientists already discovered that high frequencies did not contribute to the unpleasantness of nails on a chalkboard, McDermott focuses on the sound in terms of “roughness.” McDermott explains that the process of fingernails rapidly catching and releasing the surface of a chalkboard makes for a particularly rough sound. He found that fluctuations in an individual sound at rates between approximately 20 and 200 Hz create the roughest noises.

Lucky for us, schools continue to replace outdated blackboards in their classrooms, so we may replace our fear of the nails-on-a-chalkboard sound with a new fear: the “marker-against-white-board” sound.

This story was produced in partnership with Northwestern University’s Medill School of Journalism.

Ask Us Anything
sound