FYI: Which Emotion Is The Hardest To Fake?

Unlike the commonly deployed social smile, distressed expressions–anger, fear, sadness, and occasionally surprise–prove much more difficult to display on command. 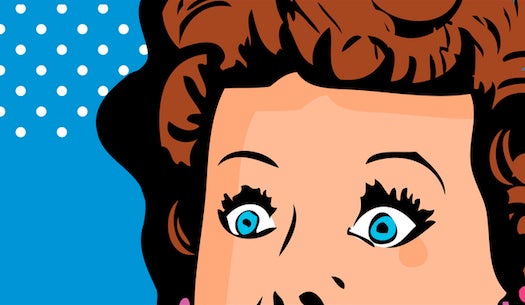 We’ve all done our fair share of faking it. Whether it’s a canned excited response when that one particularly eccentric aunt gives you a Christmas sweater for the fifth year in a row, or a friendly smile when greeting someone you don’t particularly like – putting on a good face often seems like the socially appropriate thing to do. Unfortunately not all expressions are so easy to fake.

Unlike the commonly deployed social smile, distressed expressions–anger, fear, sadness, and occasionally surprise–prove much more difficult to display on command.

For example, sadness often involves both an expression of sadness and the desire to control that expression. “The tug of war over your face creates the quivering lip,” says Dr. Mark Frank, professor in the Department of Communication at the University of Buffalo.

Similarly, when a face demonstrates fear, surprise pulls the eyebrows up while stress knits the brows together, resulting in the inner corners of the eyebrows raising slightly.

“Fear involves more muscles in the top of the face than other emotions,” Dr. David Matsumoto, director of Humintell, says. “We have much less neural connection to the forehead, the eyebrows and the upper eyelids than to the lower muscles in the face, so it becomes hard for us to voluntarily control them.”

Your best bet is to fake the emotions of the people around you.
Facial expressions are different from reactions, adds Dr. Hillel Aviezer, a professor in the Department of Psychology at the Hebrew University of Jerusalem. A reaction like a knee jerk is in response to sensory stimuli and activates motor responses, bypassing the brain. In contrast, body cues and facial expressions demonstrating emotion are brain based, meaning they can be controlled to a certain extent, even if we aren’t very good at it.

“Recreating the expression without feeling the emotion can be tricky. Many people are poor posers of expressions; they simply don’t know what to move where,” he says.

Not to mention, it’s almost impossible to imitate unique characteristics of sadness or fear, like tears or sweat.

Your best bet is to fake the emotions of the people around you. We tend to read our own emotions onto those around us, according to Dr. Aviezar. So if you’re with a group of happy people, they might have a harder time identifying your false smile.

But emotion isn’t all in the face. Recent studies revealed that while our basic understanding of emotional expression comes from the face, we demonstrate a lot of what we’re feeling through the rest of our body as well. When we feel particularly intense emotions the body becomes a better indicator for emotion, especially in the context of victory and defeat.

So understanding body cues might be the key to recreating particularly difficult emotions. Think about obvious cues, like covering your eyes or throwing your arms up in surprise. “Fear is arguably on of the most poorly recognized emotions from the face,” Aviezer continued. “However, in real life, the face appears with a body and with a context–so we end up doing pretty well.”