Big Pic: A Hurricane On Saturn, In Incredible Technicolor 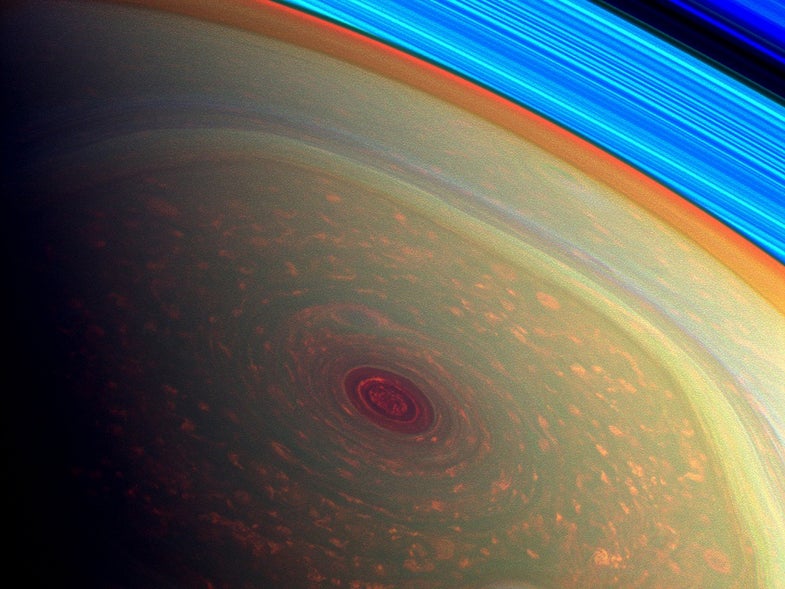 The hellish red hurricane at the center of this picture may look like a harbinger of destruction, but it is stuck in place with nowhere else to go. The storm has been swirling in the north for who knows how long at Saturn’s north pole.

These are the first views of the monstrous hurricane, taken by NASA’s Cassini spacecraft. Its eye is 1,250 miles across, more than 20 times larger than the average hurricane eye on Earth. Just like the hurricanes we know, it spins counterclockwise in the north, it has high clouds forming an eye wall, a central eye with no clouds or very little clouds, and it’s made of water vapor. Here’s a closeup. 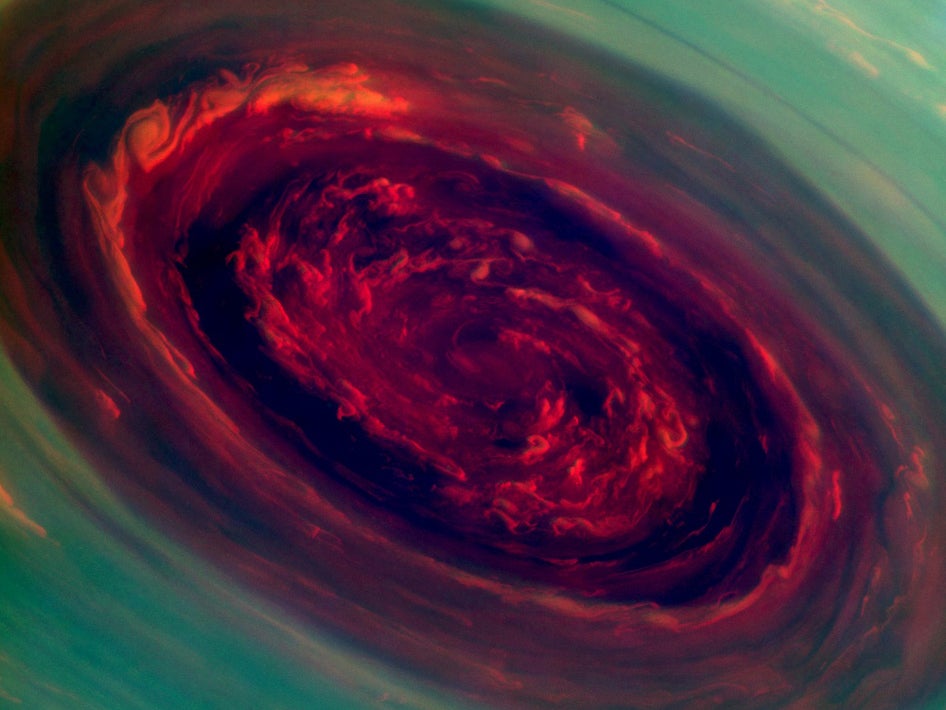 The eye of this hurricane is a staggering 1,250 miles across with cloud speeds as fast as 330 miles per hour. Scientists don’t know how long it has been active. This image is among the first sunlit views of Saturn’s north pole captured by Cassini’s imaging cameras. When the spacecraft arrived in the Saturnian system in 2004, it was northern winter and the north pole was in darkness. Saturn’s north pole was last imaged under sunlight by NASA’s Voyager 2 in 1981; however, the observation geometry did not allow for detailed views of the poles.

“We did a double take when we saw this vortex because it looks so much like a hurricane on Earth,” said Andrew Ingersoll, a Cassini imaging team member at Caltech. “But there it is at Saturn, on a much larger scale, and it is somehow getting by on the small amounts of water vapor in Saturn’s hydrogen atmosphere.”

The hurricane is inside one of the most bizarre formations in the solar system: Saturn’s mysterious hexagon. Here’s a video explaining the puzzles presented by these images. At the bottom, check out the view in natural color.

It has probably been there for years, but Cassini imagers have not been able to see it. When Cassini arrived at Saturn in 2004, the planet was in the middle of north polar winter, so the north pole was dark. Other Cassini instruments detected a vortex, but none of the cameras could see it. The Voyager 2 spacecraft flew past Saturn in 1981, but the probe’s viewing angle prevented detailed observations of the poles. Here’s what it looks like in true color. 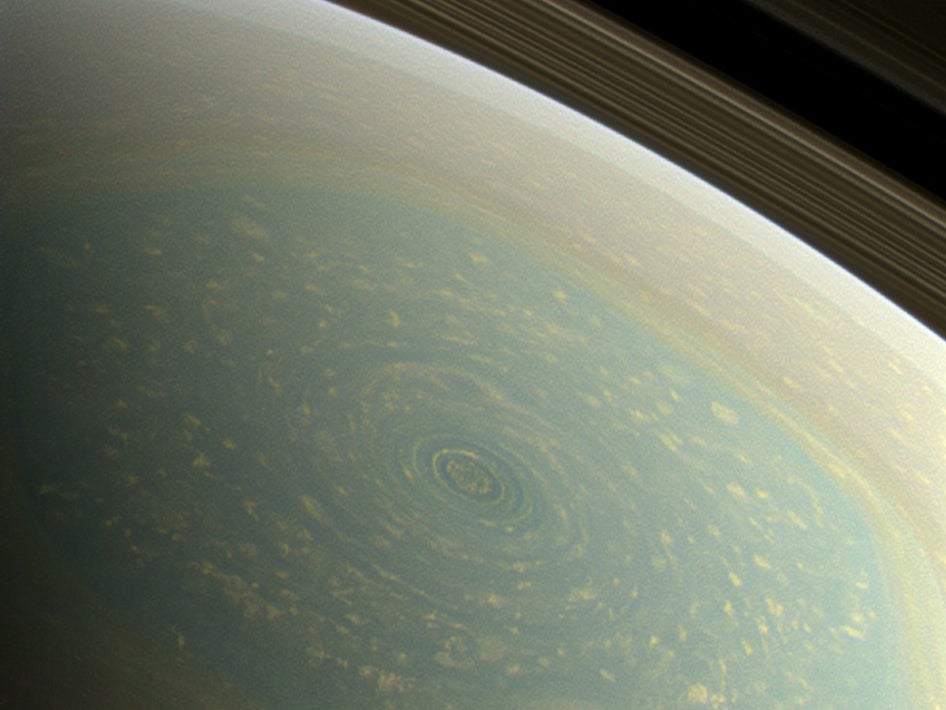