The truth about the nut-brain connection

Does eating a few almonds really boost your cognitive function? 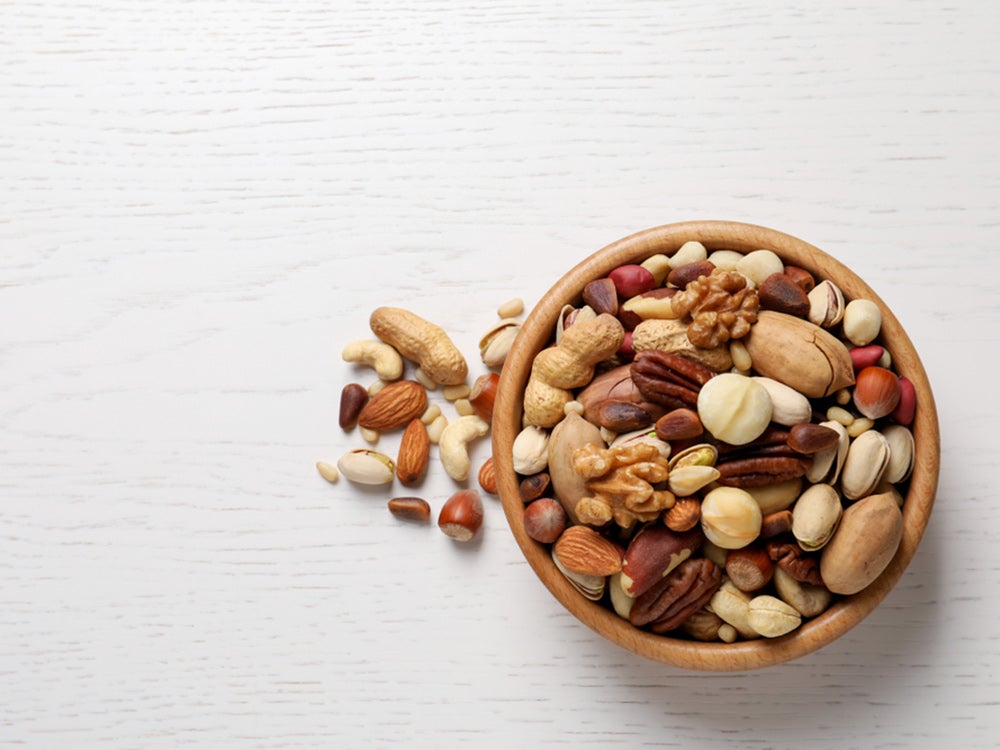 Dementia is a cruel disease that robs people of their memory, their judgment, and their identity. Unfortunately, there is no cure, and in the past few years a number of clinical trials for new dementia drugs have failed—the latest being Biogen’s drug aducanumab. Without any effective treatments on the horizon, most people’s best hope is to avoid getting dementia in the first place.

One of the hallmarks of dementia is cognitive decline. There are several lifestyle changes that may slow cognitive decline, such as doing mentally stimulating activities (crossword puzzles, learning a new language), getting plenty of exercise and maintaining a healthy diet—especially one low in saturated fats, refined carbohydrates, and sugar.

Of these, diet is a favourite among health reporters, perhaps because the message can be delivered clearly and succinctly. The latest such story comes from the Daily Mirror which claims that eating just two teaspoons of nuts a day “boosts brain function by 60%.” If the claim is true, we should all be rushing out to buy a bag of nuts. But is this what the study actually says?

The article is based on an observational study published in the Journal of Nutrition Health and Aging. After assessing the diets of nearly 5,000 adults in China (aged 55 and older) over a period of nine years, the researchers found an inverse relationship between the number of nuts people ate and the degree of cognitive decline they experienced. Those who consumed more than 10g of nuts and seeds a day (around 6-7 almonds, for instance) were less likely to show a fall in their cognitive function compared with those who consumed less than 10g a day.

Out of the 4,822 participants in the study, 67% had their cognitive ability tested twice (only 16% were tested more than twice over the course of the study). Where more than one cognitive measurement was made, cognitive performance decreased over time, but people who ate more than 10g of nuts per day decreased the likelihood of this decline. Consequently, the results suggest that consuming two teaspoons of nuts per day may preserve cognitive performance and may lead to better cognitive aging over a lifetime. The results do not show that eating nuts improves cognitive function, as the Mirror headline claimed.

Participants in the study inevitably varied on a number of factors, including education, general health, nutritional intake, and lifestyle factors, such as exercise. Although the way the data was analyzed took those factors into account and still found an association, cognitive decline and dementia are strongly influenced by many environmental and genetic factors, and it is unlikely that consumption of one particular food is sufficient to ward off dementia.

Another weakness of this study is the fact that participants reported their nut consumption via a questionnaire. Evidence shows that self-reported food consumption should always be interpreted with caution.

Although randomized controlled trials indicate that eating nuts has an effect on blood flow (including to the brain), there isn’t enough evidence to draw conclusions about their impact on cognitive function.

What we can say at this point is that the evidence on nuts and cognitive decline is promising, but it isn’t strong enough to make nutritional recommendations. Simply consuming two teaspoons of nuts per day is unlikely to reduce your risk of dementia.

Sandra-Ilona Sunram-Lea is a Senior Lecturer in Psychology at Lancaster University. This article was originally featured on The Conversation.