The ‘all-natural’ label on your LaCroix is meaningless, but that doesn’t mean the seltzer is bad for you

Your LaCroix can’t kill cockroaches. Or you. 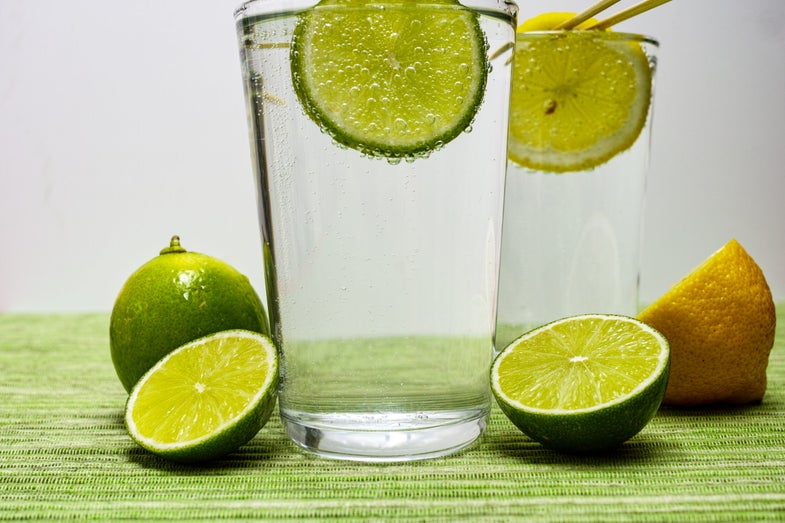 Reading the nutrition label on the back of a can of LaCroix sparkling water, you’ll notice only two ingredients: “carbonated water,” and “natural flavors.” The company’s rapid success, culminating in $827 million in sales last year, is due in part to its popularity as an all-natural beverage. Those claims are now coming under fire: a Chicago-based law firm has just filed a class action lawsuit against LaCroix, accusing the company of falsely branding its ingredients as “natural,” when they are, in fact, identified by the FDA as “synthetic.”

At least, that’s how the argument goes. The truth is, this lawsuit seems to be a stretch, working on the ambiguous nature of how the FDA distinguishes natural chemicals from synthetic ones, and a product of alarmist, chemophobic ideas about what we put in our foods.

Beaumont Costales, the law firm that filed the suit against Natural Beverage Corporation (LaCroix’s parent company), released a statement on Monday that said, “testing reveals that LaCroix contains a number of artificial ingredients… LaCroix in fact contains ingredients that have been identified by the Food and Drug Administration as synthetic. These chemicals include limonene, which can cause kidney toxicity and tumors; linalool propionate, which is used to treat cancer; and linalool, which is used in cockroach insecticide.”

Those allegations sound nasty, suggesting the company is pulling a fast one on consumers and dumping some hazardous substances into those colorfully-decorated aluminum cans.

Neither Beaumont Costales nor LaCroix responded to inquiries when contacted, so it’s unclear exactly how many ingredients the plaintiffs are claiming are falsely billed as natural. But even the three chemicals listed—limonene, linalool, and linalool propionate (better known as linalyl propionate)—don’t exactly qualify as synthetic, and they’re also not nearly as dangerous to consumers as Beaumont Costales’ statement suggests.

Let’s start with limonene. PubChem, the National Institute of Health’s open database for chemical compounds, explicitly calls limonene a “naturally occurring chemical,” and “a major component of oil extracted from citrus peels.” Sounds pretty natural, right? As its name suggests, limonene is commonly used to give foods or other products a lemony flavor and fragrance.

And how about those claims that it’s a harbinger of kidney toxicity and cancer? PubChem also states, “there is inadequate evidence in humans for the carcinogenicity of d-limonene.” There is some evidence of male rats experiencing renal problems, including tumors, as a consequence of limonene exposure, but none of those findings (the vast majority of which were published in the early 1990s) have been properly reproduced in humans. Meanwhile, more recent studies suggest limonene is actually antagonistic to cancer.

Linalool is another additive used as a flavoring agent. It’s “naturally occurring,” found within many different types of flowers and spice plants, including mints, scented herbs, laurels, and cinnamon. It is most definitely used in insecticides as well—that part is true. But that doesn’t mean it’s poisonous to humans. After all, we don’t ban chocolate just because dogs can’t eat it. According to PubChem, the only real toxic effects linalool has been documented to inflict on humans are mild skin and eye irritation, namely from aerosolized forms of the chemical. That’s a pretty normal effect for a spicy substance. And, coincidentally, it may also be another anticancer ingredient!

That leaves linalyl propionate, derived from plants like ginger and lavender, and another common flavoring and fragrance additive. It’s been shown to help inhibit the proliferation of prostate cancer, at least in the form of Nagami kumquats. I’m honestly having a hard time trying to understand why the law firm decided “might actually be bad for cancer cells” would be an effective argument against LaCroix’s ingredients.

Unless LaCroix is secretly 50 percent linalool (don’t be too worried about that hypothetical; it would taste pretty gnarly) LaCroix drinkers have little to fear. According to Roger Clemens, an expert in food and regulatory science at the University of Southern California, it’s worth remembering these three compounds are found in low levels in a long list of different types of foods and drinks in the U.S. “It is very unlikely these naturally-occurring substances pose a health risk when consumed at levels usually found in foods,” he says. “If there were a health risk, then citrus juices and spices, such as curry, would not be consumed or be part of the commodity market.”

Moreover, food ingredients aren’t all of a sudden dangerous just because they have other, non-dietary uses. Casein, a primary protein in cow’s milk, isn’t making people sick just because it’s also an adhesive ingredient in glues. If someone is arguing that a substance is bad by telling you that it’s used in some poisonous product—as opposed to telling you how the exact substance in question is causing you harm—it’s a good indication they’re grasping at straws. Everything is made of chemicals; chemicals appear as ingredients in many things.

So if all of these substances are found naturally, why is Beaumont Costales claiming they’re synthetic? That might have to do with the FDA’s own documents. The agency’s Title 21 lists both limonene and linalool under “synthetic flavoring substances” that are “generally recognized as safe for their intended use,” and lists linalyl proprionate under “synthetic flavoring substances and adjuvants” safe according to certain conditions. This is most likely the crux of the plaintiff’s case.

That doesn’t mean it’s a good argument. According to the FDA, a “natural” ingredient that adds flavor to a food or drink must be from an animal or plant source. But those natural flavors could still contain ingredients that are artificial, such as preservatives. Even the agency’s definitions of “natural” and “synthetic” are far from clear. The three chemicals discussed here can be derived naturally, but even if they are not (and we likely won’t know until the case goes to court), they might simply be used as additives that are supposed to modify the natural flavor compound in some way.

Lastly, Clemens emphasizes, “the term ‘100 percent natural’ does not have a statutory status within the U.S.” It’s a nebulous phrase that can mean whatever you want it to mean. LaCroix has its own interpretation, and just because that doesn’t jive with what you initially thought doesn’t necessarily mean it was fraudulent to consumers. “All-natural” labels exist solely to tempt you into buying stuff. They’re all meaningless, so LaCroix is not unique in this regard. If you want all-natural water, you should stick with the tap (though your results may vary).

If you want to keep drinking LaCroix, ironically or otherwise, you should feel free to keep doing so, and resist getting caught up in alarmist, litigious scares. “Whether a substance is ‘natural’ or ‘synthetic’ should not be a health issue,” says Clemens. “It’s all about safety as assessed by experts in nutrition, food science, food toxicology, and medicine.”