Teens and younger children are also seeing ads in far more places, like YouTube and social media outlets, than in previous years. 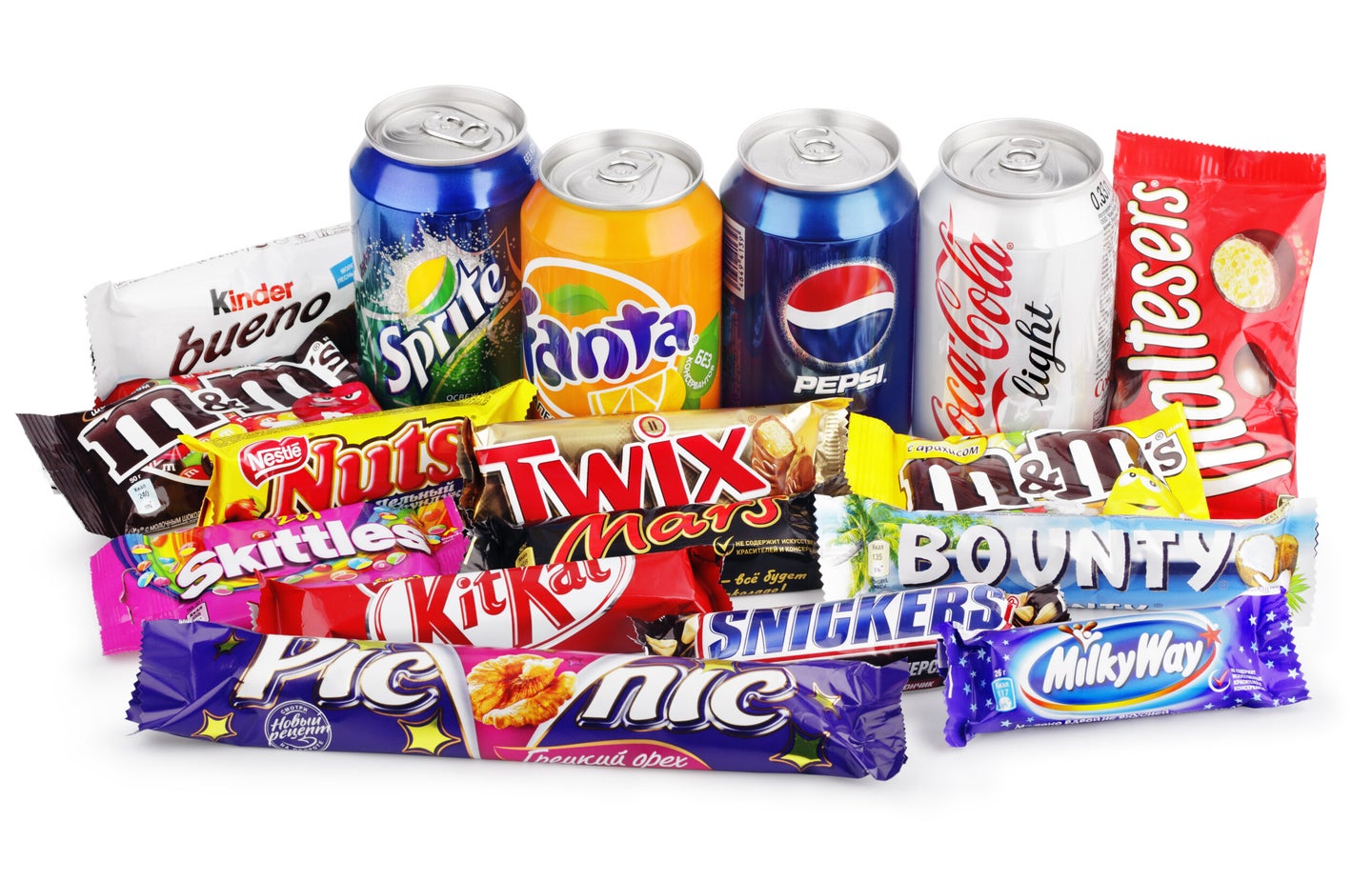 Most companies increased their spending on black-targeted television between 2013 and 2017, and Hershey, PepsiCo, and Domino’s Pizza dedicated the biggest chunk—around 4 percent—of their advertising budget to that group. Deposit Photos
SHARE

Over the past few years, major food companies, like Coca-Cola, General Mills, and Hershey, signaled an interest in combating their images as junk-food giants—they’ve been introducing healthier products, cutting sugar, and promoting exercise.

However, these food giants haven’t changed their advertising practices to match with those causes, according to a new report from the University of Connecticut Rudd Center for Food Policy & Obesity. In addition, their product promotion continues to disproportionately affect black and Hispanic children and teenagers, whom the companies target specifically with junk food ads. These groups are more likely to see more of these ads than their white counterparts.

“Companies say that they want to be part of the solution to obesity and the overconsumption of unhealthy foods,” says Jennifer Harris, report author and Director of Marketing Initiatives at the Rudd Center. “But they are still overwhelmingly using ads to push unhealthy stuff, and their disproportionately targeting black and Hispanic youth.”

Using market research data, the team examined advertising spending in 2017 in total, as well as advertising spending for Spanish-language and black-targeted television in 32 brands, including McDonald’s, Hershey, Kellogg, and Domino’s Pizza. They also looked at black, white, and Hispanic children and teen’s exposure to food-related advertising.

The analysis shows that of the billions of dollars spent on advertising, only 3 percent of that money went to promote healthier food products, like 100 percent juice, water, nuts, or yogurt. Black and Hispanic viewers were far less likely to be targeted with healthier advertising—healthy food made up just 1 percent of food advertising on black-targeted television. “No water, fruit or nut brands targeted either Hispanic or Black consumers,” the report noted.

Although companies don’t disclose their marketing strategies, statements they do release shows that they see Hispanic and or “multicultural” groups as important marketing opportunities, the report said. “But it seems only unhealthy brands are a marketing opportunity,” Harris says.

The findings build on the Rudd Center’s 2015 report that looked at advertising practices in 2013, and shows that the data has largely stayed the same since then. “We’re not surprised, but we did expect we might see some improvement, especially in healthy products,” Harris says. “Not much has changed, unfortunately.”

One major change, though, was in the amount of money spent targeting black viewers—it increased by half from 2013 to 2017. Most individual companies increased their spending on black-targeted television between 2013 and 2017, and Hershey, PepsiCo, and Domino’s Pizza dedicated the biggest chunk—around 4 percent—of their advertising budget to that group.

In addition, the gap widened between the number of food-related advertisements black and white children and teens saw. In 2013, black children and teens saw 70 percent more ads than white peers, and in 2017, that grew to 86 percent. While the amount of ad spending on black-targeted television might have contributed to the growing gap, it also might be due to the changing amount of time the groups spend watching television. “The amount of time spent watching TV is going down, but the declines are much greater for white teens than black teens,” Harris says.

Socioeconomic factors might contribute to that discrepancy, she says: Wealthier, white communities might be more likely to pay for and watch television on services like Hulu or Netflix. “That’s great, but if you’re in a lower income household, you might not able to afford that.”

Research shows that kids consume more junk food when they’re exposed to junk food advertising, and that ads help solidify brand preferences in children—so if black and Hispanic kids have more exposure to these ads, they’re more likely to eat more unhealthy food. “[Companies] would argue that they’re not increasing consumption of sugary drinks overall, or fast food overall,” Harris says. “But when sugary drinks are marketed, it grows the whole category, not just the one product.”

Black and Hispanic communities are already disproportionately affected by certain diseases that are exacerbated by an overconsumption of junk food, so the advertising targets compound an existing public health problem.

“These companies are targeting kids in communities where their families have higher rates of obesity and diabetes and heart disease, which these products contribute to,” Harris says. “They’re not even trying to market healthy foods to these kids, which doubles down on it being unhealthy. I’m sure they’re not thinking of it that way, they’re trying to grow their business. But looking at the bigger picture, it’s really harmful.”

The changing way kids and adults are consuming advertisements—with increased contact on social media and YouTube—makes it harder to track and monitor the types of ads people are exposed to. But that doesn’t mean kids and teens are seeing fewer ads, they’re just seeing ads in more places.

“For most companies, we didn’t see a decline in the amount they’re spending on TV,” Harris says. “They’re still on TV, but they’re also on social media.” On average, kids and teens see around 10 television food ads per day, the report found. “For people who care about public health, their jobs are much more difficult,” she says. “It’s hard to compete with all of those messages.”