A New Way To Identify Microbes Of Interest

Software can classify bacteria species based on their behavior 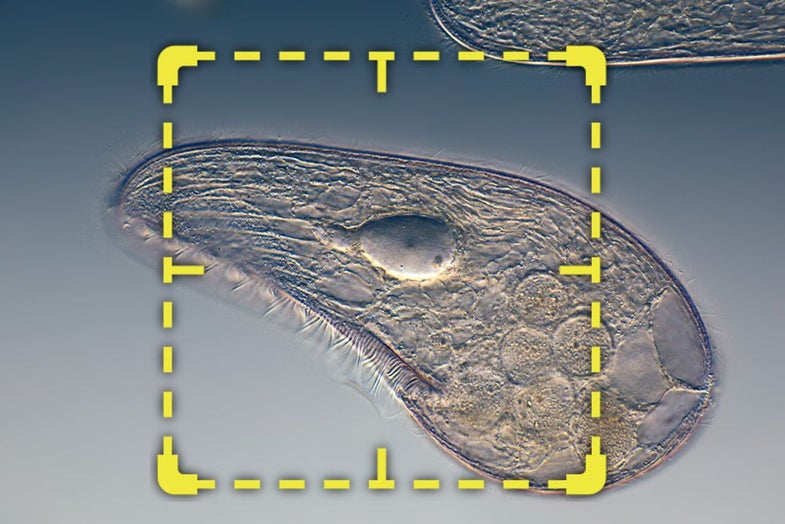 “You are being watched.”

Much like the television show, Person of Interest, being subject to video surveillance in America is a reality. Cameras are everywhere, capturing every action in the hopes of spotting the most egregious activities and providing information to authorities. But there is a difference between our reality and the fiction of the show. Unlike The Machine in the program, the computers collecting all this information cannot predict a person’s nature based solely on behavior.

Figuring out an equation to determine the nature and/or actions of a person in advance is not an easy task. The combination of possible options with each and every movement makes it almost impossible to accurately calculate, particularly on a single glimpse. There have been some successes, particularly in the game of chess. Examining eye movements can offer enough information to pinpoint a next move. But this requires continual observation over several matches and also an appreciation for the experience of the player.

In 2013, the technique was given a boost thanks to the concept of Social Signal Processing. This collection of principles from not just physical but also social, affective, and psychological branches of science was used to program software and determine possible next actions. Using Computer Vision And Pattern Recognition, the team suggested human interactions ranging from romantic to threatening could be foretold. While great as a theory, it was not tested.

Perhaps the most advanced form of tracking people through behavior came last year when a video-intelligent system was developed for pedestrians. In this case, behavior was assessed based on the speed of the individual crossing an intersection. If the pace was not fast enough to make it in the allotted time, the computer could instantly recognize the person might not make it and could be subject to being hit. While this was a great advancement, the prediction of behaviour was computed based on already known constants, such as the time for a green light and also the known speed of an individual through a set distance. Essentially, it was reactionary rather than predictive.

As the current state of the technology continues to develop for humans, one appears to have been made for microbes. As shown by a European trio of researchers video surveillance can help to identify a species based on its movements. The real time observations can also help to uncover and collect behavioral patterns to identify specific functions within a microbial group.

The team used a new processing, analysis and interpretation package, which they termed BEMOVI. The software was designed to extract a combination of population density, morphology, and movement over a real-time set of video images. When used with a high resolution camera, tens of thousands of individual bacteria could be detected and tracked.

BEMOVI was developed using open source, cross-platform software and honed in on two specific functions. The first was to locate and measure. The other was to link movement trajectories on a two-dimensional scale. Once this information was collected, it was checked for proper threshold values, comparison with background, and eventually, consistency of morphology. Once complete, the information could then be analyzed using a machine learning principle called random forest to predict the species based on the various physical and behavioral traits.

The actual experiments were performed using a collection of protozoa in a simulated aquatic environment complete with nutrient medium and bacteria. After a day of incubation to ensure the mixture was sufficiently dense with microbial life, BEMOVI was put to the test. The goals were to identify the species of protozoa accurately using nothing more than the images collected.

The first tests were done in a real-time environment. The results were indeed impressive. The success in solely visual species classification was 84%. When movement was included in the mix, the accuracy rose to 89%. The only downside was that extremely closely related species could not be determined accurately. The next test was to observe the culture over 28 days and predict the species based on its behavior. The team was able to accurately identify the species even with the various changes in morphology, density, and movement. This revealed how BEMOVI could not only monitor community ecology, but also provide insight into what might be happening in real time.

The results of the BEMOVI study reveal how behavioral parameters can be traced and analyzed to identify a particular species. Granted,this particular study cannot be extrapolated to humans or our behavior. But the value comes in the relatively robust analysis of just a few parameters. This suggests predictability may not be as complex as we believe. A few traits such as movement, population density, and even interaction with the local environment may be all that’s necessary to understand how an organism exists. Perhaps with a few more parameters as we move up the evolutionary ladder, we may be able to learn how animals and perhaps one day humans might act before they actually make a move.