A new painkiller promises relief without addiction, but there’s still lots to do

AT-121 looks good on paper, but don’t expect it to solve the opioid crisis any time soon. 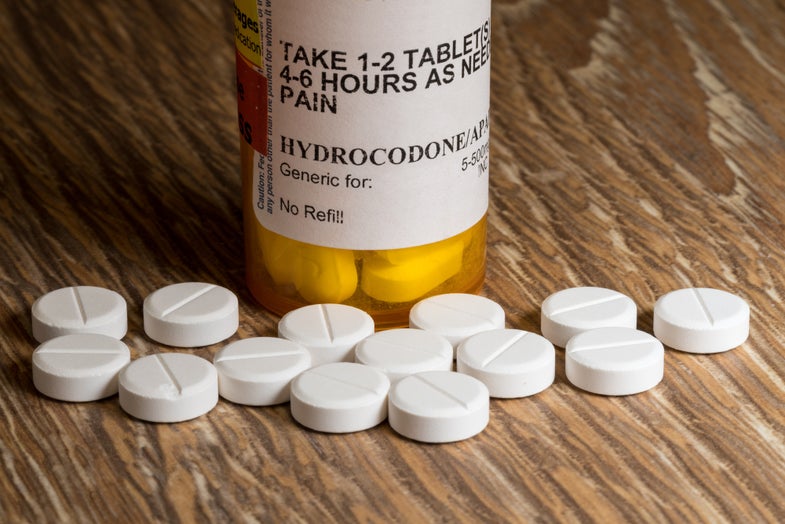 The United States is currently grappling with a crisis in opioid addiction. The federal government estimates that 2.1 million people had an opioid use disorder in 2016, spurring the Department of Health and Human Services to declare the problem a public health emergency late last year. Roughly 91 people die every day from overdosing on painkillers.

One possible intervention is to strip strip painkiller drugs of their addictive compounds. That brings us to AT-121, a new opioid compound that, according to results from a primate study published in Science Translational Medicine on Wednesday, delivers better pain relief than even morphine—without the sort of euphoric effects that foster drug addiction and dependency issues.

Opioids are more effective at relieving discomfort than other types of drugs, especially for people who experience chronic pain of some kind. They work by binding to receptors in the brain that modulate pain. At the same time, this activity triggers powerful feelings of pleasure, which the user can become used to and develop cravings for with prolonged exposure.

The slide from using painkillers as intended to full-blown addiction can be extraordinarily rapid, exacerbated by the fact that it’s hard to accurately prescribe just the right amount to avoid creating dependency.

Many researchers think a powerful solution is to create a pain reliever that simultaneously will not trigger activity in the pleasure centers of the brain. That’s easier said than done, of course, but there have been some successes in a few prototype compounds, and AT-121 is the latest drug that may prove to be a breakthrough.

AT-121 basically targets the same pain receptors—the mu-opioid receptors—as conventional pain killers, but also goes a step further and binds to a second set of receptors, called the nociceptin opioid receptors, which mediate behaviors governed by emotions and instincts. The combined block of these receptors seems to both block the pleasure-triggering action of painkillers, as well as providing pain relief at much more effective rates.

The team at the helm of these latest findings, led by researchers from the Wake Forest School of Medicine and Mountain View-based Astrea Therapeutics, tested AT-121 in 15 rhesus monkeys. They found that AT-121 could deliver a similar degree of pain relief at a dose 100 times smaller than morphine. Moreover, the monkeys were allowed to self-administer the drug through the push of a button, but would refrain from doing so repeatedly and unnecessarily. The monkeys also lacked other negative side effects common in patients who take morphine, like itching and respiratory problems.

By comparison, when exposed to oxycodone, the animals became hooked, and would continue to administer the drug until they hit a cutoff limit imposed to prevent overdosing. Those same animals experienced sharp drops in drug-seeking behavior when they were subsequently turned on to AT-121.

“The overall results are quite exciting,” says Bryan Roth, a pharmacologist at the University of North Carolina School of Medicine who was not involved with the study. “This is certainly a very promising approach.”

At first glance, the fact that the study focused on monkeys would seem to be a factor against AT-121’s favor. This is definitely true in the sense that humans could react quite differently to the compound and its effects, and it should not be assumed AT-121 is anywhere near ready for people. But Roth emphasizes that since the two species share quite a bit of the same physiology, “the potential translation to humans has a greater potential for success.”

In fact, Roth thinks the main thing the new findings lack is an understanding of whether the drug might inadvertently affect other receptor targets or areas that are outside the brain, and what effects these activities might have. “We would really want to know if it has activity at other receptors and so on that could be important for producing side-effects,” he says.

The rhesus monkey trial was also a fairly short experiment, and there will need to be more extensive trials on primates that account for long-term observations before the drug is considered safe for human testing.

Even if AT-121 flames out during further work, it is far from the only alternative painkiller scientists are testing and tweaking. Roth himself is working on identifying other brain receptors that can interact with opioids in an effort to help design non-addictive drugs. NKTR-181 is another compound that has shown some promise in early testing on animals, by creating a much slower release of the neurotransmitters that encourage addiction. Another compound has been shown in rats to selectively target receptors around inflamed tissue instead of the brain.

Still, these are just baby steps, and it would be seriously irresponsible to pin our hopes of solving the opioid crisis on a single addiction-free drug. It will be several years—possibly more than a decade—before AT-121 or any other alternative opioid earns regulatory approval. In the meantime, people around the country are already addicted and dying. Solving the opioid epidemic requires more than just new drug trials.