New Computer Tool Can Predict Dementia From Your Simple Drawings

An old test gets a techy update The tests used to detect cognitive changes that often signal the onset of diseases like Parkinson’s or Alzheimer’s are surprisingly simple, usually only involving a pencil and paper. But they are very limited and not sensitive enough to pick up subtle neurological changes before disease fully sets in. Now researchers at MIT have created a model by using machine learning to assess the written tests so that clinicians can make diagnoses more quickly and objectively. The research was published recently in the journal Machine Learning.

In the traditional clock-drawing test, patients are asked to draw an analog clock to show a specific time, and to copy a pre-drawn clock. Doctors make their diagnosis depending on how distorted the clock face is or if the hands are in the wrong position. But clinicians only look at the final product, and their interpretation can be highly subjective—just how distorted does “distorted” mean, anyway?

To reduce the subjectivity, the MIT researchers used a digital pen tool to monitor the patients’ drawings. The researchers used data from 2,600 tests done over the past nine years, monitoring dozens of other measurements that the pencil-and-paper test ignored. The digital pen, which is currently available on the market, can pick up thousands of little elements of the patient’s drawing, like how many strokes the patient took to draw the clock, how much time he spent thinking before drawing, or whether the numbers are drawn with little hooks on the ends. They used the data to create a model that can assess whether the patient showed early signs of cognitive impairment. When they compared their results to those of typical clinical tests, the researchers found their model to be significantly more accurate.

Now that the researchers know their model works, they are working on making a version that’s easy for clinicians to use in hospitals. If they can do so, the pen may enable doctors to diagnose patients much more quickly, and to intervene earlier to stave off the onset of cognitive degeneration. 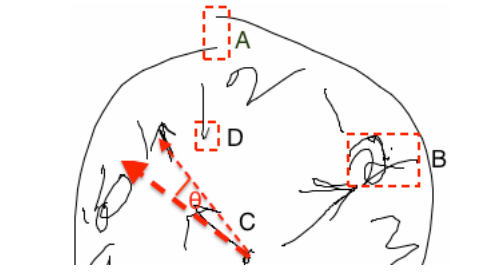