Predictive Model Identifies Patients Who Might Go Into Septic Shock

Earlier intervention could save thousands of lives per year 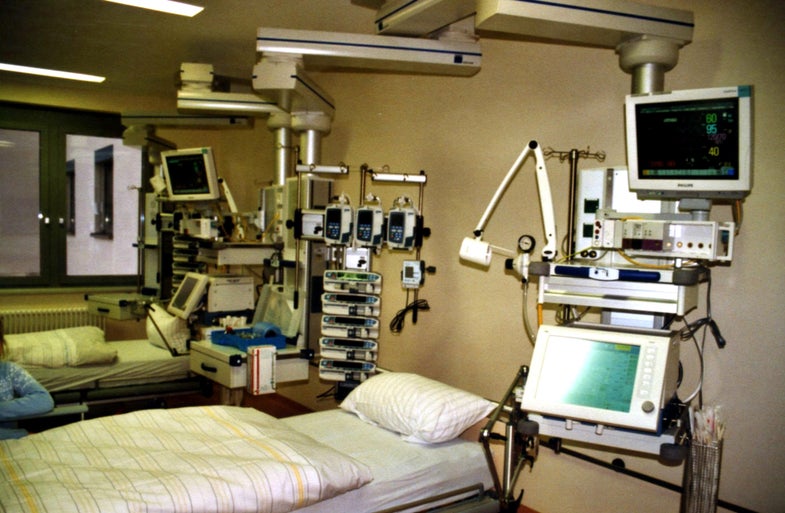 If an infection goes too far, a patient can develop sepsis, an inflammatory response that spreads throughout the body and can endanger a patient’s life. And although it’s fairly common, accounting for 20 to 30 percent of all hospital deaths every year, doctors and nurses have a hard time identifying sepsis before it’s too late to treat. Now researchers from Johns Hopkins University have created software that can predict which patients are most at risk for sepsis using information collected by their bedside monitoring devices during their hospital stay, which could save many thousands of lives per year. The research was published today in Science Translational Medicine.

If sepsis progresses far enough, a patient can go into septic shock—blood pressure drops, organs fail, and the patient can be too far-gone to save. Healthcare professionals have lots of tools to help them identify septic shock, but it’s notoriously difficult to identify the symptoms of sepsis before shock sets in. Current screening tools can’t predict which patients are most likely to go into septic shock well before it happens.

This is where the researchers’ new predictive tool can help. Electronic medical records are being used in hospitals now more than ever, which means that researchers have access to a patient’s data in real time. The researchers used this data to create an algorithm based on six years’ worth of patient data from the Beth Israel Deaconess Medical Center in Boston, comparing information from more than 11,000 non-septic patients, and about 1,800 septic patients. They used 27 types of data often aggregated in the electronic medical records, such as respiratory rate, blood pressure, white blood cell count, and body temperature. The algorithm estimates a patient’s risk of going into septic shock by giving the patient a number called a TREWScore. 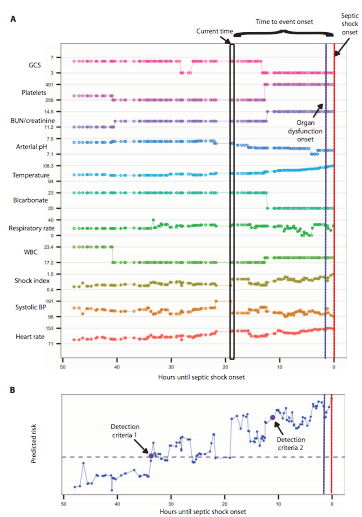 Various data points in a septic patient over time, top; TREWScore below.

When the researchers put the algorithm to the test, it identified at-risk patients around 28 hours before septic shock set in, and two thirds of them before they went into organ failure (which usually happens before the patient is fully in shock). And it worked much better than the tools doctors currently use, identifying about 59 percent more patients than the typical models.

The TREWScore would probably need to be coupled with lab-based tests to confirm that those patients are indeed at risk for sepsis, the authors write. But it could be a really good indication of which patients need early intervention. And if health care professionals can do that, they may save thousands of lives per year.