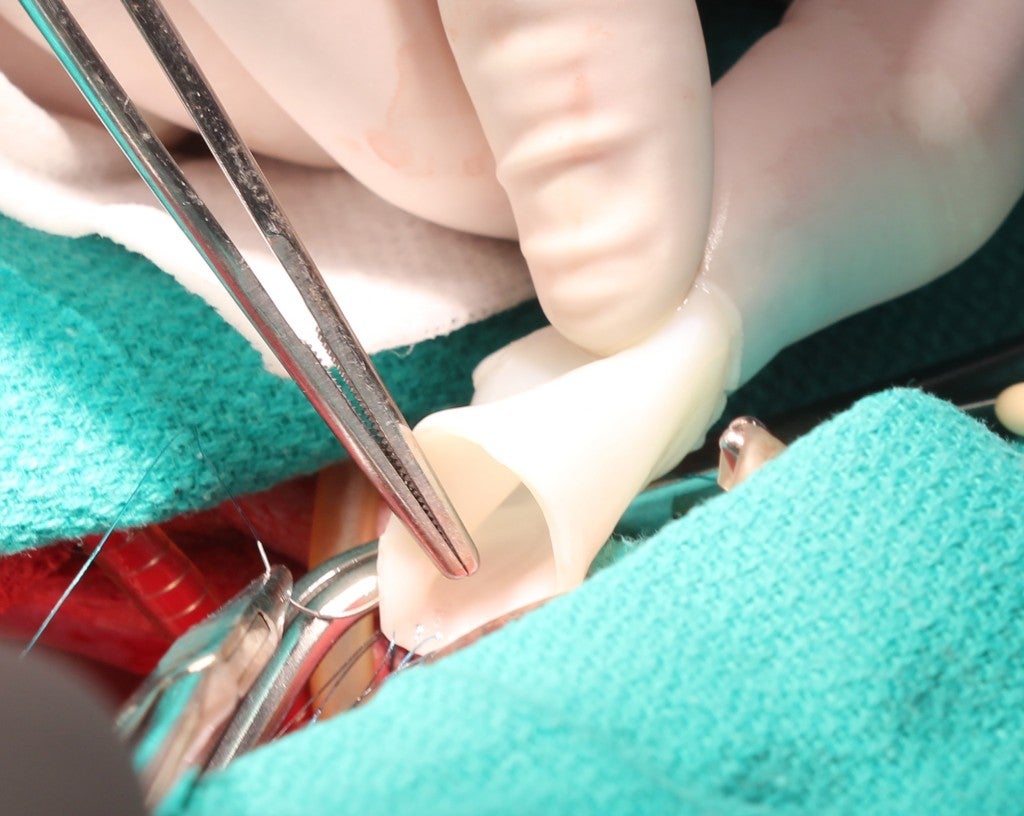 Artificial blood vessels transplanted into three lambs grew up along with the animals, scientists reported in a study published today in Nature Communications. Made from skin cells, the grafts successfully replaced part of the pulmonary artery, which carries blood from the heart to the lungs. If these bioengineered arteries work in humans, they could spare children with heart conditions from having to endure multiple open-heart surgeries.

“Kids that have congenital heart defects can require re-plumbing of the heart basically,” says coauthor Robert Tranquillo, a biomedical engineer at the University of Minnesota in Minneapolis. “Each few years as the child grows, the tube that was implanted earlier is no longer big enough and has to be replaced.”

Surgeons have traditionally relied on synthetic materials or transplants from cadavers, Tranquillo says. He and his colleagues wanted to engineer a more adaptable graft. They started with a scaffold made of skin cells called fibroblasts, which are involved in wound healing, and fibrin, a protein found in blood clots. Over several weeks, the team guided the sheep skin cells to produce collagen, which holds tissue together.

“When you have a wound…the fibrin clot becomes replaced with something that’s very collagenous, and that’s what we’re harnessing,” Tranquillo says. “We start with a material that’s like Jell-O and far too weak to implant, and it ends up becoming a tube of cell-produced tissue that is at least as strong as the native arteries.”

The team then washed away the skin cells, leaving behind a graft made from proteins that wouldn’t set off the lambs’ immune systems. The researchers then implanted the tubes into three lambs, and monitored the animals as they grew to adulthood.

The lambs put on weight normally, and their hearts appeared to be working as expected. When the animals were nearly a year old, the scientists examined the engineered blood vessels and found that they had become larger and taken on the curving shape of natural pulmonary arteries. “Its mechanical properties were basically indistinguishable from the native artery,” Tranquillo says.

The lambs’ own cells had also taken up residence in the graft and secreted elastin, which gives tissue its ability to stretch and recoil and is found in arteries. And the grafts weren’t plagued by aneurysms, in which the blood vessel bulges and can burst–or calcification, in which hard nodules of minerals form in the tissue.

“The fact that we got…the right cells in the right places, the production of more collagen, and deposition of elastin without any bad things happening…were all very good indicators that this starting material is capable of growing,” Tranquillo says. “The artery appeared to be developing along a normal pathway.”

In the future, the team expects to test the grafts in more animals and show that the artificial vessels can be grown from human cells. They’re also testing whether their grafts can self-repair, which would make them useful for adults. Ideally, the graft will become a ready-to-use tool that can be grown and stored without needing to be customized for individual patients.

The new graft is more expensive than current alternatives. “But it would be a relatively small expense compared to multiple open-heart surgeries,” Tranquillo says. “One open heart surgery is a big enough risk.”