Restore-L could fix broken satellites and clean up space junk 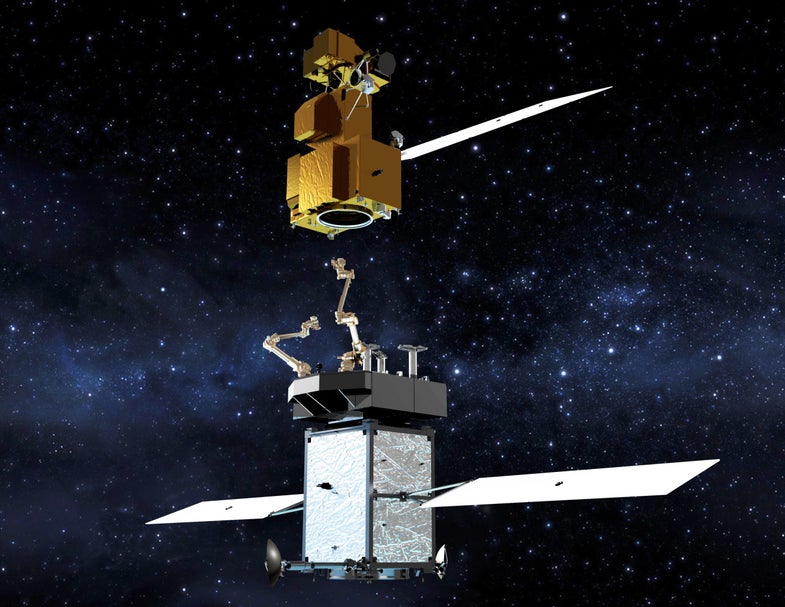 When a satellite runs out of fuel or fails to deploy its solar panels, who you gonna call? Right now, nobody. There’s currently no reliable way to physically repair things in orbit, which means a multimillion-dollar satellite can be rendered useless by a small glitch. But NASA has been eyeing a solution. This week, the space agency announced it’s setting aside $127 million to fund a satellite that repairs and refuels others in orbit.

The Restore-L satellite is being developed by a company called Space Systems Loral in Palo Alto, California. The satellite will have autonomous navigation, dexterous robotic arms, a toolkit, and propellant to fuel up spacecraft that are out of gas.

By the company’s estimates, Restore-L could launch as soon as 2020. Its first mission may be to refuel Landsat-7, which provides satellite imagery for the U.S. Geological Survey.

In addition to servicing satellites that would have otherwise been lost, NASA thinks Restore-L could pave the way for orbital refueling stations and manufacturing centers. It could also help to clean up debris that endangers other spacecraft in orbit.