Rarely does a week pass without some concern about space debris, whether it’s falling to Earth or threatening the International... 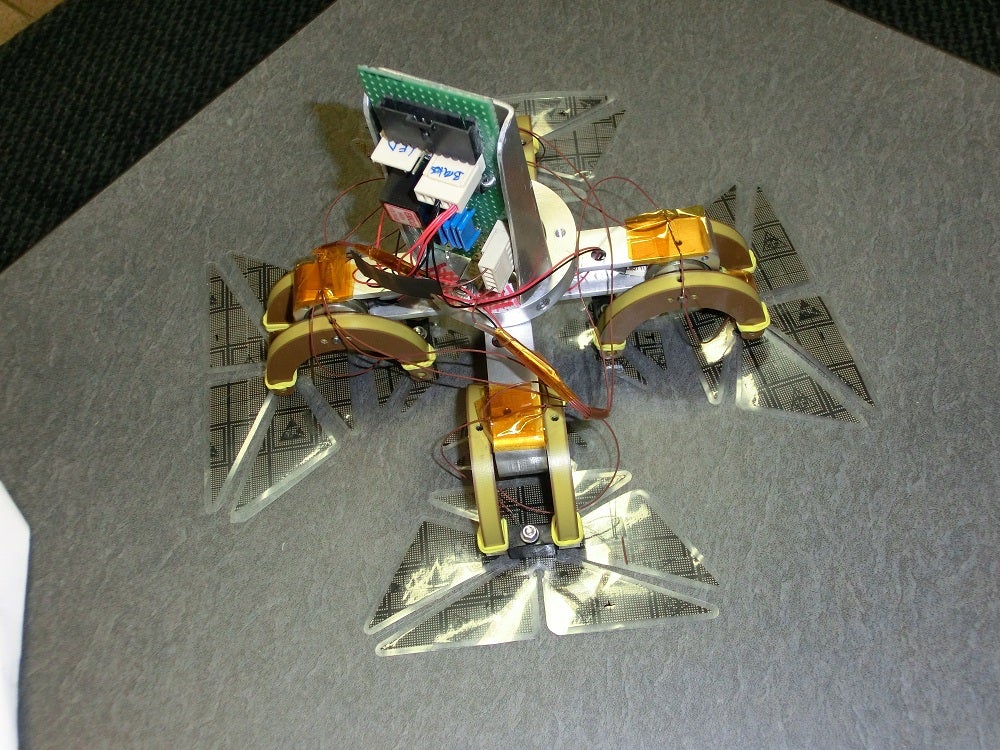 Rarely does a week pass without some concern about space debris, whether it’s falling to Earth or threatening the International Space Station. Plenty of private companies and government agencies have proposed solutions for this problem, from giant space nets to ground-based lasers that would push debris out of orbit. Here’s one we have not seen before: A sticky robot arm that works like a mechanical tractor beam. It could be used to reach out and grab space debris of any shape or size — and for other purposes, like servicing the ISS.

Altius Space Machines, based in Louisville, Colo., is developing a robotic arm dubbed the “Sticky Boom,” which consists of an extendable arm outfitted with static gripper pads. The gripper can stick to any surface using electrostatic adhesion, because of a variation in electrical charges between the boom and the object. The electroadhesive gripper is soft and compliant, allowing it to adapt to any object’s geometry. “You don’t even have to know what the thing is made of or what it’s shaped like before you go stick to it,” Altius president Jonathan Goff tells Technology Review.

Altius took the boom on a parabolic flight earlier this year so they could test it in microgravity. Watch below as Goff and Mike Judson frantically test their creation amid the other passengers’ squeals. Altius won a $25,000 first place award at a NASA small business competition in July, Tech Review notes.

The company says it is developing the Sticky Boom for use as a mechanical tractor beam, perhaps on the ISS to grip incoming cargo ships or even space garbage threatening the station. It would enable ISS to harbor any type of spacecraft, not just ones with specially designed ISS-compatible docking ports, the company says. It could also conceivably grab objects at varying velocities, because the extendable boom can match their speeds more readily than a traditional mounted robotic arm, the company says.