Journey (not quite) to the center of the Earth 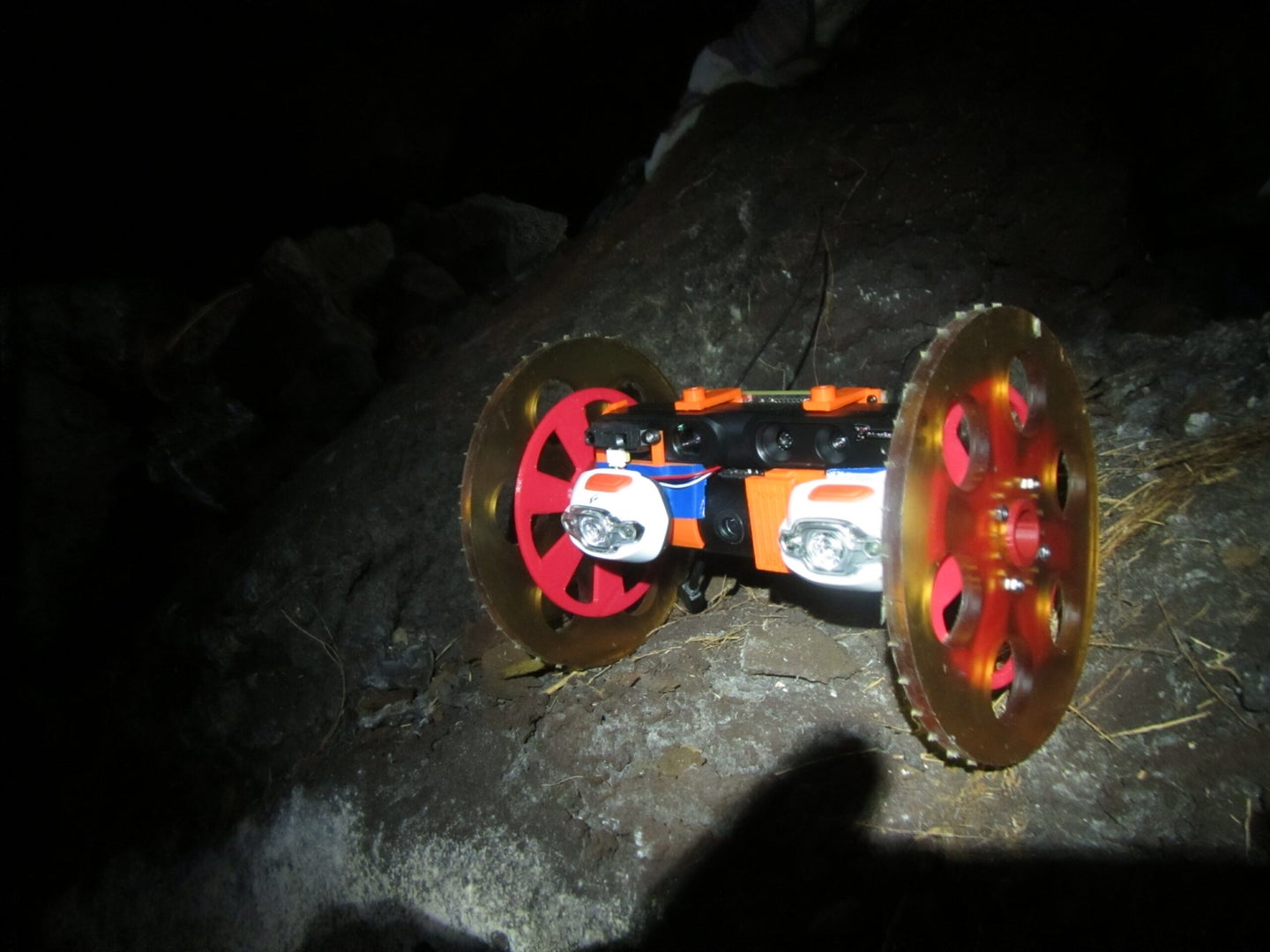 NASA’s Jet Propulsion Laboratory (JPL) is best known for their off-world endeavors, but scientists there have developed a new robot capable of exploring some of the most inaccessible areas of our own planet.

Researchers at JPL announced recently that they had begun testing VolcanoBot 1 in Hawaii, sending the little robot into inactive fissures on Kilauea (which is still an active volcano).

“We don’t know exactly how volcanoes erupt. We have models but they are all very, very simplified. This project aims to help make those models more realistic,” JPL postdoctoral fellow Carolyn Parcheta said in a statement. The team hopes that by mapping the underground fissures they will be able to compile a 3D map of the fissure, something that was only estimated before.

VolcanoBot 1 is a two-wheeled robot, about a foot long and just under seven inches tall. It is capable of sending back information about the now empty fissures that once conducted magma up towards the surface. On its first trip down into Kilauea in May of last year, it went 82 feet below the surface, but researchers hope that it (or its successor) will eventually travel much further. Mapping out inactive fissures helps scientists understand how magma travels to the surface, and could help them figure out how eruptions occur.

So what do volcanoes here on Earth have to do with NASA? For planetary geologists, quite a lot.

“In the last few years, NASA spacecraft have sent back incredible pictures of caves, fissures and what look like volcanic vents on Mars and the moon. We don’t have the technology yet to explore them, but they are so tantalizing! Working with Carolyn, we’re trying to bridge that gap using volcanoes here on Earth for practice. We’re learning about how volcanoes erupt here on Earth, too, and that has a lot of benefits in its own right,” Parchetta’s advisor Aaron Parness said.

But there’s still plenty of work here on earth before the VolcanoBots head to space. The next generation of volcano-exploring robots is already upon us. In March, the smaller VolcanoBot 2 will attempt to go even deeper into Kilauea. And NASA isn’t the only one working on volcano-exploring robots. Back in 2013, scientists began working with ‘Volcanocopters’ to get a closer look at lava lakes in South American volcanoes.