The Ongoing Eruption In Hawaii, In Pictures

Lava is continuing its slow and steady approach towards the community of Pāhoa. 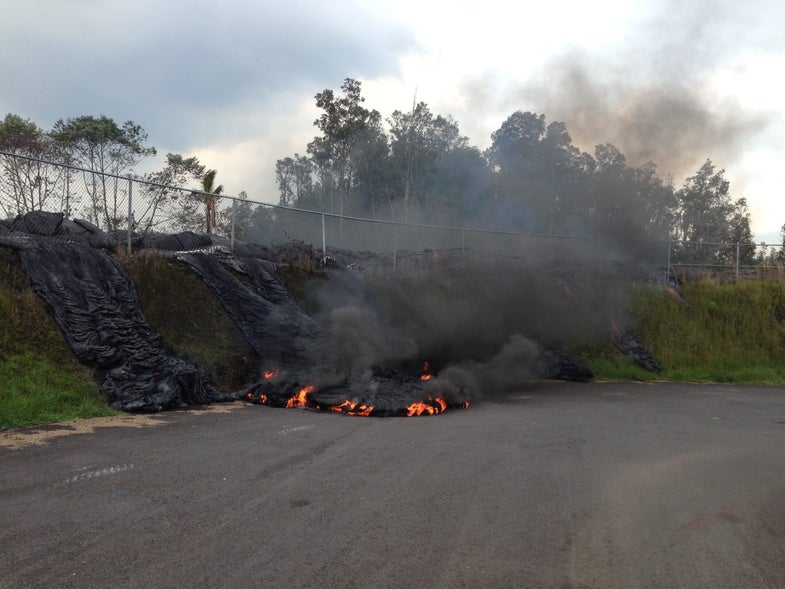 Lava is still approaching the Hawaiian town of Pāhoa. It already destroyed a house (see below; the red-roofed structure still standing is a garage) and is continuing its march, oozing slowly towards other structures, including the town’s solid waste transfer station (a garbage facility) and power lines. In the picture above, the billowing smoke isn’t coming from the lava, but from the asphalt parking lot that it is burning. Here are some of the more amazing pictures from this week, taken by the United States Geological Survey (USGS). 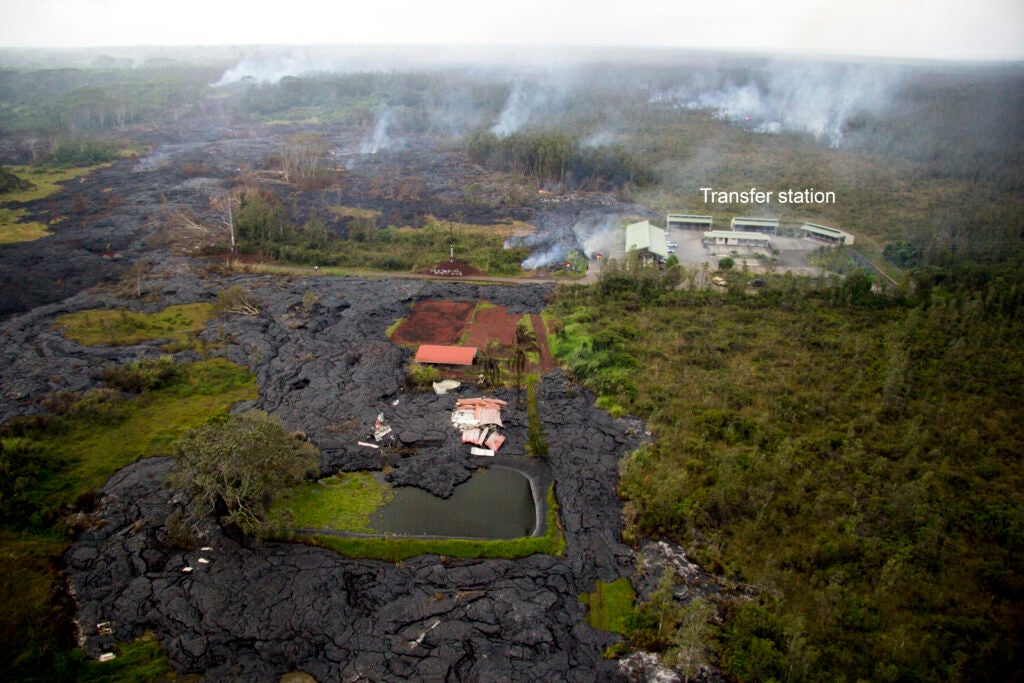 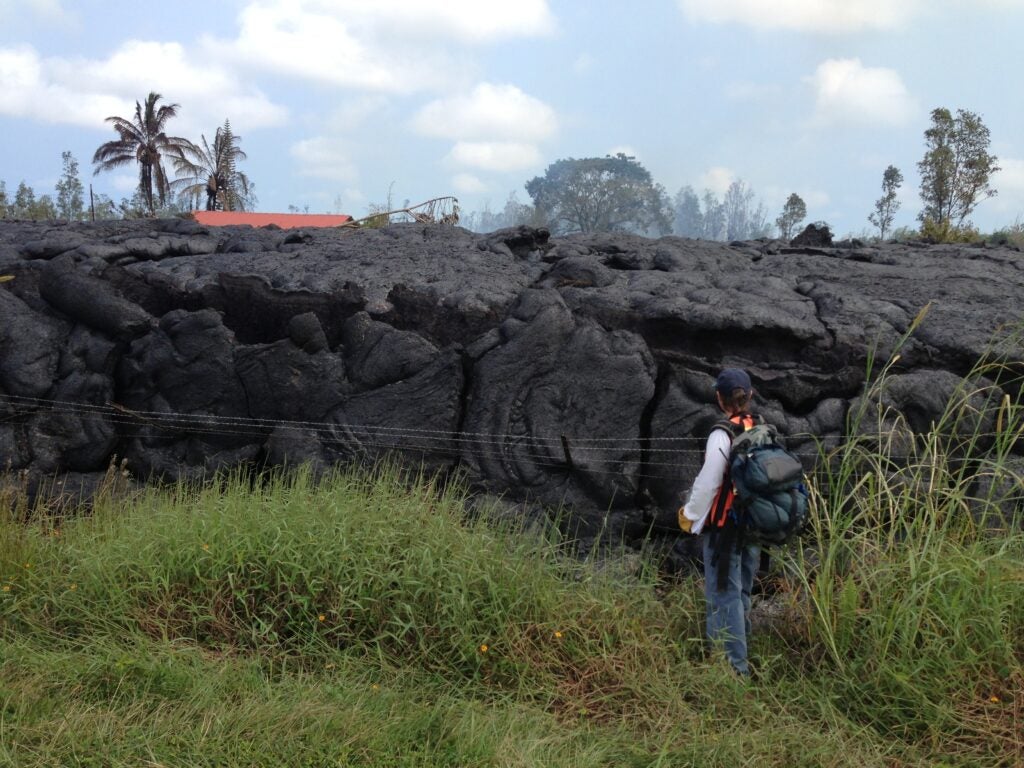 In case you were wondering how large the lava flows were, here’s a geologist for scale.

It might seem like the lava in some of these pictures has fully solidified, but in some places underneath that black solid-looking surface is still a good amount of molten lava, as you can see in the thermal image below of the leading edge of the lava flow. The purple and red colors are cooler temperatures, while the yellow and white indicate very high temperatures, where the flow is more active.

Of course, there are a few places where you can clearly see the bright orange-red glow that you typically think of when you imagine a lava flow. 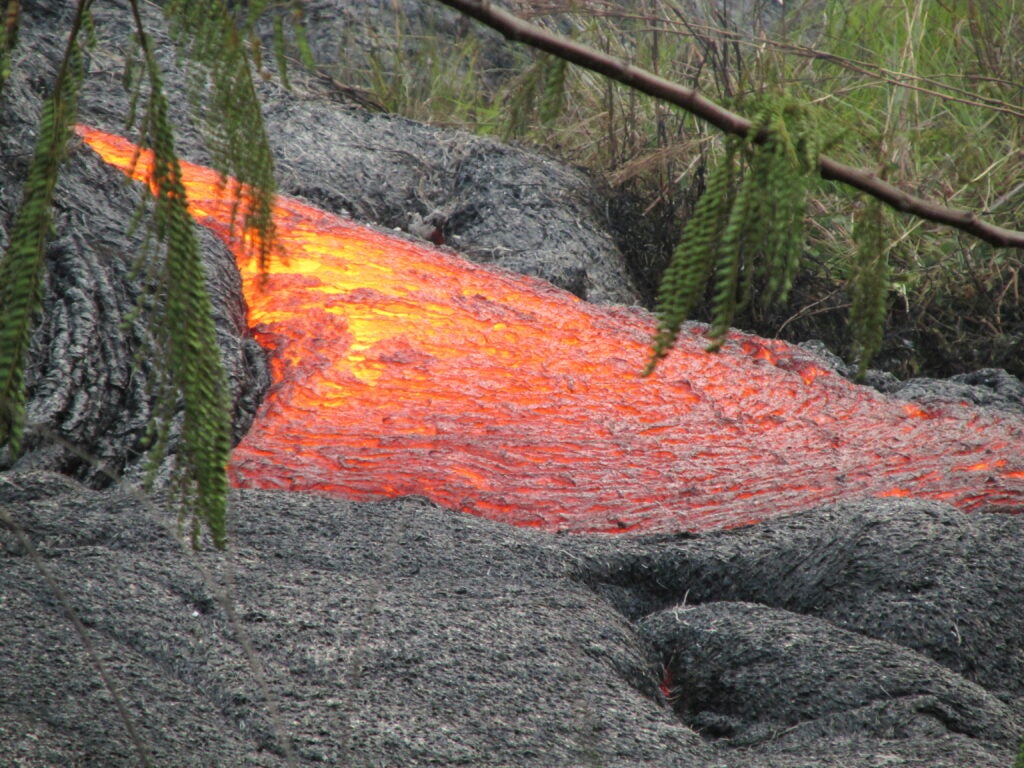 If even these pictures aren’t enough to satiate your desire to see lava, check out videos of the lava flow from The Guardian or NBC.