How Genetics Is Perfecting The Christmas Tree

The Fraser fir is an ideal Christmas tree, but it could always use improvement. One tree scientist is making them stronger and hardier. 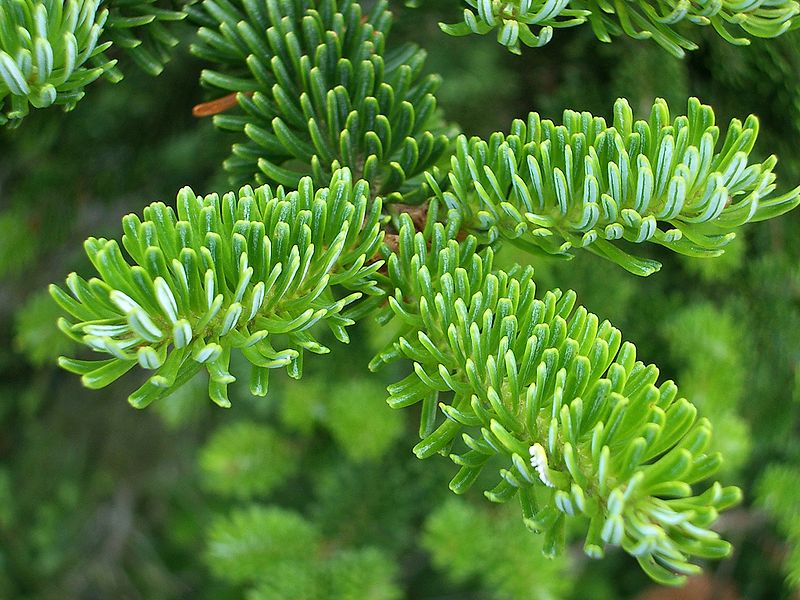 With just a few days left until Christmas, my tree is barely holding on–to its needles, to its stiffness, and to its dignity. It was an early tree this year, the result of the earliest possible Thanksgiving, but it was more than that. There was something about this tree that made it dry out quickly, and make it less likely to keep its thin needles. It is a Fraser fir, Abies fraseriis, so this was a surprise to John Frampton.

Frampton, a professor in the department of Forestry and Environmental Resources at North Carolina State University, is the expert on Fraser firs, the most popular Christmas tree. Their conical shape, superb needle retention and sturdy boughs make them perfect for keeping both ornaments and tree bits off the floor. But Frampton is trying to make them even better, helping growers fight a worsening root fungus problem and to grow more trees more quickly.

As a result, Christmas trees of the future will be hybrids of different plant species, with parts borrowed and bred from the hardiest and most Christmasy species.

A Christmas tree spends six to 10 years in the field before it’s cut, and trees usually aren’t planted in tree plantations until they’re at least two or three–meaning my Christmas tree was born when I was still in my teens. It turns out those early years of the tree’s life were its most difficult.

Fraser firs have no immunity against phytophthora, a genus of damaging molds that cause plant roots to rot. Its Greek name means “plant destroyer,” and it can decimate crops and almost any other type of plant–a phytophthora species caused the potato blight that sparked the Great Irish Famine. Frampton has tried to find resistant trees to breed, but to no avail.

“We grow seedlings in the greenhouse and we inoculate them to test their resistance; when we do that, we kill them all,” he said. “We’ve tested a very genetically diverse population several times, and every time we test it, we kill the trees.”

To make stronger trees, he has to perform a bit of vegetation vivisection. Frampton tested 32 of the world’s 50-odd true fir species, and found a Japanese tree called the Momi fir strongly resists phytophthora invasion. They make terrible Christmas trees, so Frampton teaches tree growers how to borrow their roots. 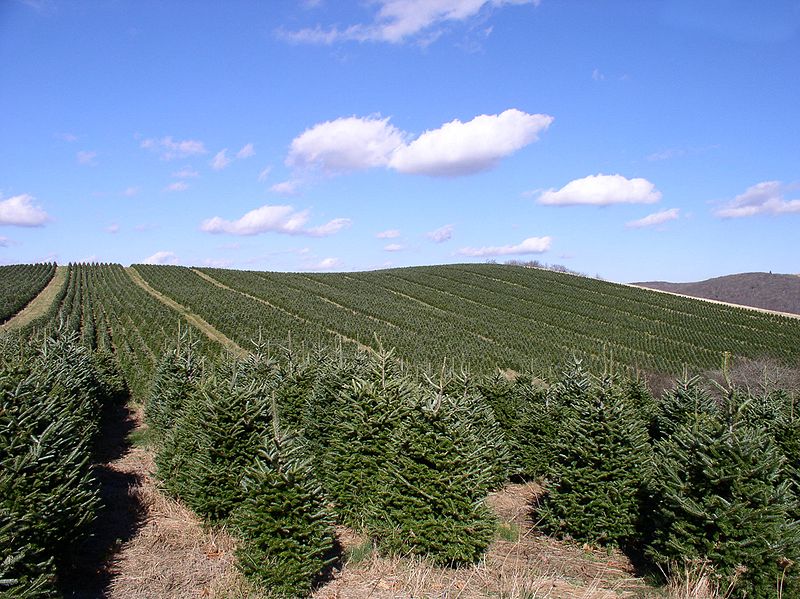 Fraser fir trees make an ideal Christmas tree, but they are plagued by root rot and other problems. One Christmas tree geneticist is trying to improve matters.

He buys Momi fir seedlings and cuts off the tree part, grafting Fraser fir branches into their root systems. Grafting is a common horticultural technique to essentially clone different plants, but in this case it’s making chimeric trees.

“We take a young seedling of Momi fir and cut the top off. Then we take a grafting knife, and make a vertical slit down the center. We take a Fraser fir branch and trim the base into a wedge, and we insert that into the Momi fir that we cut,” Frampton explained. The newly grafted tree is wrapped in special rubber bands and covered in wax to keep it from drying out.

“Then the area between the bark and the wood, the growing point, merges. It grows together for the two species, and they form one functioning tree. The top of the tree is Fraser fir, and everything below the graft union is still Momi fir.”

This is kind of expensive, however, and time-consuming. Tree growers would prefer seedlings that already have root-rot resistance, but maintain the ideal needle retention and pretty conical shape of Frasers. That’s where genetics comes in.

When he was testing seedlings for root-rot resistance, Frampton went to Turkey and gathered cones from Nordmann fir trees, inoculating seedlings he grew in his greenhouse. Some of them can resist it, he found–activation of certain genes can control that resistance. That means Frampton and other growers can select trees that are naturally resistant to root rot, and breed them.

He’s not making genetically engineered Christmas trees, however–at least not yet. Frampton’s lab and other researchers are trying to determine the genetic sequences that code for ideal traits, from cone shape to root-rot resistance, and find markers for these sequences so they can be further studied.

“We are doing DNA sequencing to understand the DNA of Christmas trees, and in the long term, this may lead in the future to genetic engineering,” Frampton said. “But there is still more knowledge and techniques we need to develop before we’re to the point that agriculture is now.”

That’s partly because funding for genetic engineering of plants mostly focuses on the kind we eat, he noted. But it’s also because breeding trees is difficult. Mostly it’s because they’re trees, and, well, trees don’t grow like weeds.

“To see how well it grows, you need to wait six or eight years to see if it’s the tree you want,” Frampton said. “Once we find good trees, we want to cross them, but it takes firs 10 or 12 years before they become reproductively mature, before we can start making crosses among them. So the breeding approach is certainly long-term for improving Fraser firs for Christmas trees.”

The trees are now big business in North Carolina, which is home to 2,500 tree growers producing 5 to 6 million trees a year. Fraser firs are native to Appalachia, especially the craggy peaks of western North Carolina above 3,000 feet in elevation. This chilly, rainy environment may have something to do with the quick closure of the trees’ stomata, small respiratory holes on the needles, once they’re cut. Fraser firs adapted to live in very wet environments, and they don’t dry out like other firs and pines–another key feature that makes them ideal Christmas trees.

But still, every tree is unique, both in its individual history and circumstances. My tree, for instance, might have gone without water for weeks after it was cut, or maybe it lived through warm winters, which could have impacted the way its needles set. Or maybe it’s just genetics. Frampton said he hopes future trees will be more reliable.