Scan Of Mummy Reveals Pharaoh Died With His Throat Slit 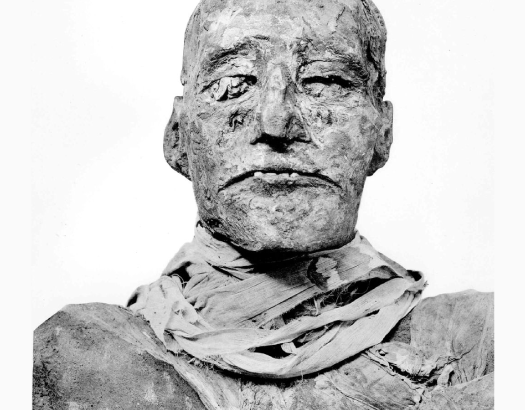 The end of the Egyptian pharaoh Rameses III’s reign was never meant to be a mystery for the ages. The Egyptians left behind a number of detailed historical documents that clearly lay out some basic details: In the year 1155 BC, members of the pharaoh’s harem attempted to kill him as part of a coup. The plan was found out and the conspirators were tried in court, convicted, and punished.

But the Egyptian scribes were vague on a few arguably important points. For one, they failed to put down, in straightforward language, whether or not the assassination was successful. Egyptologists have mostly interpreted cryptic phrases like “the overturning of the royal bark” to mean that the Rameses III was in fact dead before the trial, but the documents also say that the court received direct instruction from their king.

Fortunately–Egyptians being Egyptians–the empire also left behind an impressively well-preserved Rameses III. Recently, a group of scientists loaded a CT scanner into the back of a truck, drove it to the Egyptian Museum in Cairo, and took a complete scan of the mummified corpse.

Images from the scan revealed that Rameses III’s throat had been cut through to his spine, severing the windpipe, esophagus, and large blood vessels of the neck: 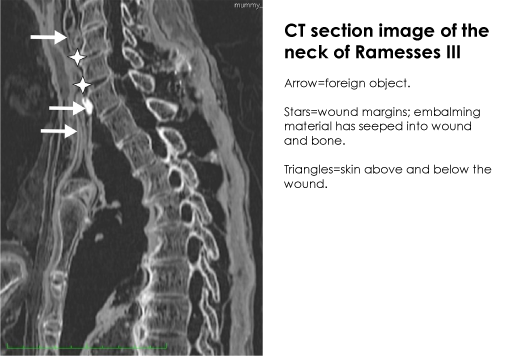 The researchers write that, while it’s possible that the king’s throat was sliced open during mummification, such a “treatment…by the embalmers has not been described in any other Egyptian mummy.” The scientists also note the presence of a small amulet lodged in the pharaoh’s neck under the injury, which they say was probably inserted by the embalmers to aid the healing process.

The researchers also examined an unnamed mummy buried near the king. Genetic tests revealed that the corpse was one of Rameses’ sons, as historians have long suspected, and other clues strengthened the idea that he was, in fact, the son who was convicted of plotting to overthrow the king. The researchers cited the unceremonious nature of the mummy’s burial (his internal organs were not removed, and his body was covered in “ritually impure” goatskin) and the eerily contorted expression still plain on his face as evidence that the son was buried in disgrace, and perhaps in punishment. 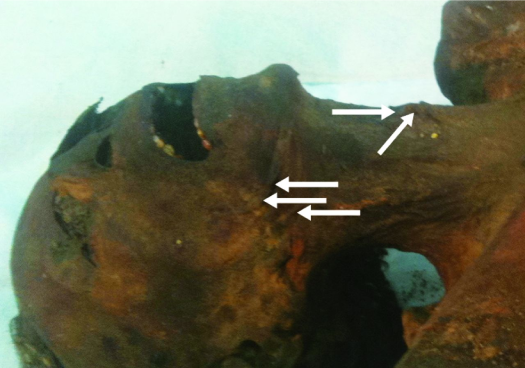