Science Confirms The Obvious: Being Nice Helps You Make Friends

A new study finds that kids really do like other kids who are nice. 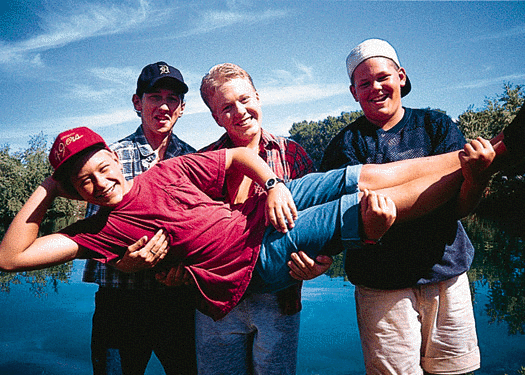 After conducting a month-long study with several hundred Canadian tweens, researchers have arrived at the conclusion that permeates every after-school special you’ve ever been bored enough to watch: being nice makes people like you.

Every week over the course of 4 weeks, students…were instructed either to perform 3 acts of kindness (for anyone they wish) or visit 3 places (anywhere they wish). Throughout the 4-week intervention, students in both conditions reported what they did each week on in-class surveys. Examples of kind acts included “gave my mom a hug when she was stressed by her job,” “gave someone some of my lunch,” and “vacuumed the floor.” Examples of locations visited included “shopping centre,” “baseball diamond,” and “grandma’s house.”

At the beginning and end of the four-week period, the students rated their happiness and life satisfaction in written surveys, and also recorded the names of peers they “would like to be in school activities [i.e., spend time] with.”

There are, of course, lots of reasons to be kind, and now we have one more: the data support it.