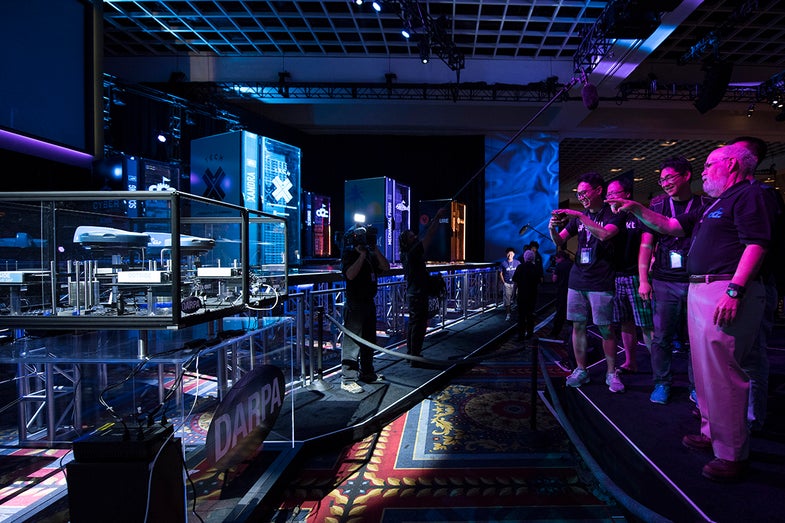 Seven machines entered the competition, and Mayhem won. The field of battle was the Cyber Grand Challenge put together by the Pentagon’s future projects wing DARPA, a variation on a traditional computer security tournament. Normally, in computer security Capture the Flag, humans work to repair flaws on their own network while exploiting security weaknesses on the competition. For DARPA’s latest grand challenge, the humans let the machines do the work on their own.

A section from Network World captures the scene:

What did DARPA learn? The goal wasn’t just to showcase a network security sport, though DARPA went all out to highlight the sportlike aspects.

“This Cyber Grand Challenge,” DARPA said in a press release, “will mark the culmination of an ambitious three-year effort to develop advanced, autonomous systems that can to detect, evaluate, and patch software vulnerabilities before adversaries have a chance to exploit them.”

If machines can learn to defend themselves from hostile attacks, that’s peace of mind for everyone who uses computers, and for everyone whose safety depends in some part on secure computer networks. That’s not quite everybody, but it’s pretty close.

Here’s a video from Team For All Secure, the creators of Mayhem, recorded before the grand challenge. Their success in the Cyber Grand Challenge won the team $2 million.